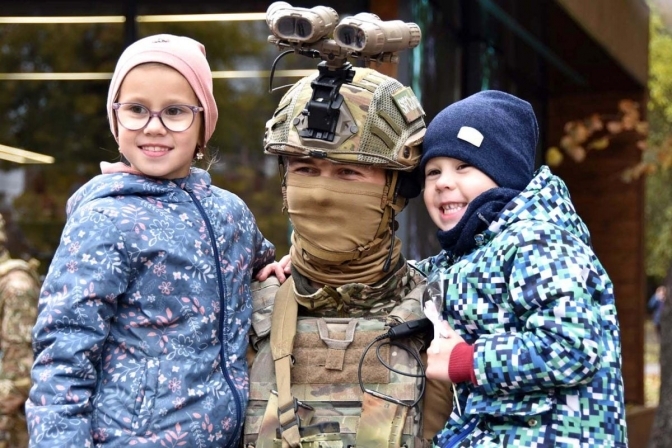 Photo: Ministry of Defence of Ukraine

My fifteen points of how to prepare for the potential Russian invasion. Dilettante’s advice

Tweet
559 0
You should find out where the nearest territorial defence point, bomb shelter, or shelter in the area is located, says singer and journalist Maria Burmaka. And also prepare documents, cash, candles, flashlights, scissors, medicine.

At a time when the threat of Russian invasion looms, and Ukrainians are advised not to «worry» and «keep calm,» Ukrainian singer and journalist Maria Burmaka shared her thoughts on what to do and how to act.

Read also: In February, military drills will be held in the Lviv region, following NATO standards

Here is my dilettante’s advice.

Here’s one of Maria Burmaka’s songs.

Telling each other «don’t worry», «hold on» and «stay calm» doesn’t work well enough. So if you don’t know what to do, I share my recommendations (let’s laugh about it later, but now the thoughts are the following):

1. Find out where a territorial defence point, bomb shelter or shelter in the area is located (here is a map of shelters in Lviv).

2. Keep all the necessary documents in one place.

3. Prepare cash next to you.

4. Buy a shortwave radio on batteries (and batteries to it), so that you have at least some connection and information just in case (remember how people in the Soviet Union listened to «voices», even though they were silenced by the state?)

5. Have candles and flashlights on batteries.

6. Arrange with members of your family and loved ones where you all meet in case of an emergency when the connection suddenly falls apart.

7. Are you afraid of being left without heating and having no place to go where the shelter can be heated by the firewood? Buy a potbelly stove, it’s easy, they are inexpensive. And an ax, chop the wardrobe. Have matches or lighters with you.

9. If you have a corded phone and you have not turned it off, tell its number to whom you may need it.

10. Buy medications that you or one of your relatives is taking, especially if on a regular basis.

11. If you are going to stock up on food, think first of the products that do not require heat treatment.

12. Collect the first aid kit with everything you need, if the medicine is lying on the shelves at home, then collect them in one bag.

13. Treat your teeth, do not postpone it.

14. Refuel the car regularly if you have one (and it would be ideal).

15. Well, if you loved somebody secretly – it’s time to write, call, let the person know.

It will be recalled that the commander of the Allied Forces, Lieutenant General Olexandr Pavlyuk, told The Times that among the various scenarios, 20 of February is the potential date for the start of a new Russian invasion, when the Winter Olympic Games in Beijing and Belarusian exercises on the border of Ukraine end. He also said that Russia had deployed 54 combat tactical groups, including 36 Iskander medium-range ballistic missiles.

We will be also added that NATO is sending additional ships and fighters to the eastern flank due to the Russian threat.

According to the President of Ukraine Volodymyr Zelenskyi, if Russia launches a new invasion of Ukraine, it will primarily target Russian-speaking regions, in particular, it may try to occupy Kharkiv. According to him, Russia needs an excuse, for example, to say that it allegedly «protects the Russian-speaking population.» After the occupation of Crimea, it became clear that this is possible and can happen, the president said. Read the material on Lviv Now about whether Ukraine is ready for provocations from Russia.

The author’s column is a reflection of the subjective position of the author. The editorial board of «Your City» does not always share the views expressed in the columns, and is ready to give dissenters the opportunity for a reasoned answer.