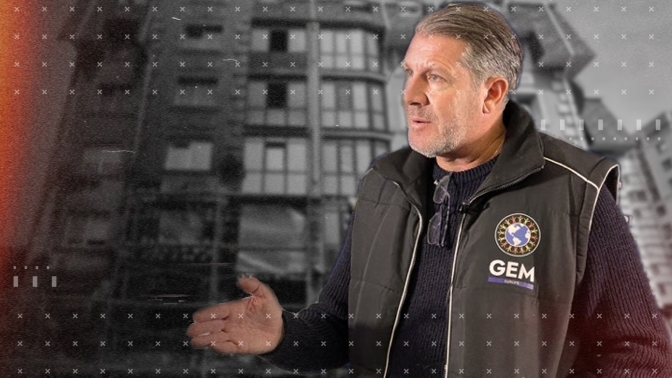 Tweet
1895 0
During the World for Ukraine summit in Rzeszow, Poland on December 7-9, Lviv Now spoke to Michael Capponi, an American businessman who conducts humanitarian work in Ukraine with his "Global empowerment mission" NGO.

Global Empowerment Mission works globally, having conducted hundreds of missions across the world. How can you compare the experience in Ukraine with other locations? For example, if you worked in places after some disasters. I remember a conversation with an American journalist  who was covering previously hurricanes and tornados in the U.S. He said this war is something totally different. How would you describe it from your perspective?

It’s not totally different, the tornado is very strong. Tornado comes, and it looks like Putin was in a neighbourhood. The only difference is that when the tornado passes, you can start rebuilding everything the next day. In Ukraine, not many places are in what is called the aftermath. We were in aftermath in many places, and then looked what’s happening again. So there’s always a risk factor, and you have to measure risk versus human life.

When you have people who just need repairs of windows in their apartment building - take the apartment buildings in Bucha, Irpin or other neighbourhoods, and you look at the whole building - there are two hundred people. Maybe, it will take 70 000 dollars to repair all the windows, and fix the roof, and also the heating system - and it puts 200 people back. For something like $150 dollars per person. That’s a very good non-risk situation even if something is to happen again. When you get to district reconstruction at this stage, there’s a much bigger risk and much bigger investment. I think there’s enough things to repair right now in Ukraine to fill, probably, three quarters of the gap of all the people who are basically displaced in the country.

You mean, the abandoned buildings?

For sure, including abandoned buildings. And we know this from the example when the missiles stroke the Odesa region from Moldova, I think it was in July. We immediatelly went out there, and the missiles that hit the main building - all those people had nowhere to go. So we asked the deputy city governor of that time: “Do you have any buildings in the neighbourhood that you can spare, so that tp accommodate these people?” He said: “Yeah, there are abandoned buildings, and no one’s going there for 20 years, they’re in the country”. I said: “Who cares? Perfect!” So we looked at it, and the government would say: “Okay, you can use this building.”

Read also: «Russians want to destroy the identity of your cities,» – a studio talk with Paris' main architect

We would just put brand new windows in it, build some wall partitions, and in two months, as the Deputy governor of Odesa told me, all those people are in that place now. So you are inventing an apartment building out of a former big space. So it has to be discussed and looked at, because there are a ton of them all over. In Poltava, for instance, there are so much abandoned building, and now there is this huge refugee flow in the country.

How much did it cost?

But what is the ownership of that building?

The city. Our job was just to put windows.

So, this is when we talk about cities that are closer to the front line. But when we talk, for example, about Lviv or the Lviv region, what would be the real solution for internally displaced persons who have no home?

I know there are a lot of talks about building these container parks and thinks like that. I have a lot of experience when I’ve seen them work in some countries, and in others - not. What needs to be understood of those is a gigantic responsibility on a municipality to manage that. It’s very costly to manage that, right? You have to supervise it, you have to take medical care for everybody who’s there, to feed them. People get sick, then they infect others. You’re putting 500 people with trauma together - sometimes it’s not the best thing, and it’s better to put them back in different locations. I have mixed views on it. I understand there are not many options at this point, but the more people you can get back in the general population - the better it is. 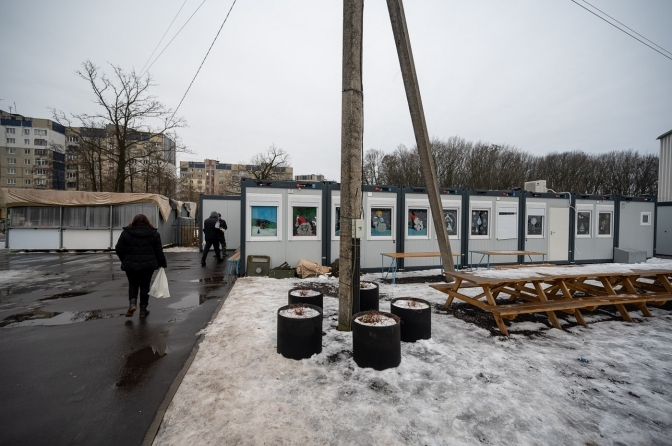 Module houses for refugees in Lviv

Do you have an example, like in Odesa, where else it is done in Ukraine? Or it’s not a perfect solution for the people with trauma?

The perfect example is houses we are making all throughout Bucha. It’s a way of a partnership with the Bucha city council. In the beginning, we paid everything, then it was too much. Now, we provide the labour. So we employ two hundred Ukrainian labourers just for this Bucha projects, they wear the “Hope for Bucha” T-shirts with garment of Bucha city council and “Life Quality”, our partner.

The Bucha city council identifies the homes that need to be repaired - roof, windows, and things like that. Without exagerrating, we are repairing from 50 to 70 buildings per month. Each time you repair that, you’re putting 5-8 people back in their home, those are good numbers. With more money, you could double, triple or quadriple that. And whatever is done in Bucha could be done in Irpin, it’s the same thing, then it can spread. So everything we do is called public-private partnerships.

Can we say that in one term, it’s more cost effective than the container cities?

Of course, it is. The responsibility on the municipality is, as I said, to manage that whole travel community from A to Z, from disposing the garbage to everything, it’s very costly. Or you can just repair someone’s home, and that’s what you’ve done. There gonna be different stages, of course. But in this emergency stage, the only thing we as a humanitarian organisation care about is how to get the most amount of people back in their homes for the least amount of money and the shortest amount of time. Or the most amount of children back in a school for a least amount of money.

Sometimes, school here is broken, school here is destroyed, and school there is damaged. So repair this one, repair this one, close the third one - and retrofit them to fit the children of the three. There are solutions that are smart because then they get all the children in that two schools. Or you can talk about masterplanning and build a brand new school from scratch. And if it’s built till 2024, children would miss two years of their life. The schools are rebuilt, and they are open since September 1 this year.

One more question about the cost effectiveness. On the panel today, you talked about your experience of the window production company, can you say a few words about it? How you changed the mindset of the business?

By selling these companies everything we do together. We’re not going to make any money from it, because it’s humanitarian work. We just want to cover our rent and the salaries for employees. But the reciprocal effect you are going to have, when buildongs start going up all over Bucha, the developers and owners of many apartment building may buy your one in different price later. So it creates business for themselves by actually giving it away in the beginning.

And the last question. We are going through very tough winter season in Ukraine. There are electricity outages, and the issues with heat. Do you see that this project with the temporary or non-temporary housing should be somehow adapted to this situation?

The governor of Chernihiv brings me to a house. The house is completely damaged, and someone donated a prefab house that you can drop off there. And a family is living there. Everyone says: “Look how nice it is!” I walk in and ask: “Where is the shower?” They say - outside. And a mother has a baby. So I say: “In December, will you take your one-year-old child to get a shower in a snow?” I said no, let’s think how we can build the shower in a trailer? And that’s where the conversation needs to start opening. So, prefab house - yeah, sounds great. But plus foundation, plus import, plus trailering it in, plus assembling, all this… Sometimes, it ends up being cheaper to build in a traditional way, with Ukrainian labour and Ukrainian materials. Definitely, it’s more sound, so you have to evaluate everything.

There’s a good system in the prefab, but it creates a lot of job, I think it’s most important thing right now. And even those workers we have now don’t earn much - maybe a thousand dollars a month. Still, they’re spending it in Bucha. And everything they buy is in the grocery store in Bucha. The woman who owns the grocery store can buy more grocery, and it grows. So you have to pump money back into the economy. And if you buy it from the outside and import it in, you have a machine that assembles it - you still cannot put aside the Ukrainians.