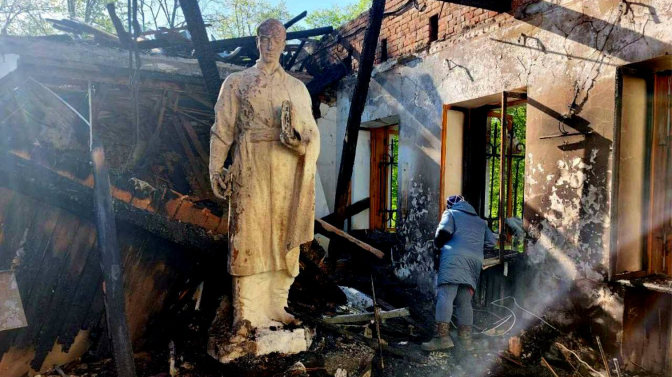 We want to survive, not starve to death, and preserve the museum exhibits

Tweet
214 0
Ukrainian museums are trying to survive, and the museum workers themselves are taking care of evacuating their colleagues from the occupied territories. It all happens amid the storage of collections, preparation for the winter and threats of possible chemical and nuclear attacks. In this situation, the Ukrainian government has no certain plan, says Olha Honchar, the director of the «Territory of Terror» museum and the initiator of the Museum Crisis Center.

The war in Ukraine clearly showed that the old world-level rules, agreements, and methods aimed at the preservation of heritage do not work. We all need new real solutions and protocols, and the world, in particular the museum community, must finally admit that everything that happens in Ukraine is truth, not fake, and Russian bombs don’t fall «by their will» on Ukrainian museums. An example in the photo above is the Hryhorii Skovoroda National Literary and Memorial Museum after being hit by Russian shells in May 2022.

The sector of public organizations and initiatives, the small museums themselves have taken on the role of the state, in particular in terms of supporting occupied museums and front-line territories. They are helping their colleagues to survive within their capabilities, but this would not be possible without the help of international partners.

What are the problems?

The war exposed weak internal aspects of the museum industry. This is the absence of legislative regulation of evacuating the collections and employees, which is seen at the state level. As a result of this, the issue remains the personal responsibility of the manager and the team, who must decide whether to save themselves and their family or to preserve the museum at the cost of their own lives or their relatives’.

Read also: «We have to completely push aside the Russians, whether «good» or bad,» – film critic Kateryna Slipchenko

We have an outdated system of financial administration. We cannot accept funds directly into museum accounts to help these institutions, because, in wartime conditions, they cannot be really managed. As a result, we accept help with «goods», or we use public organizations as a tool to strengthen museums. 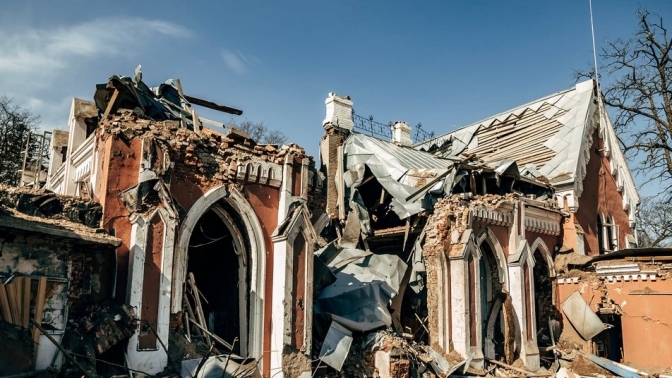 The destroyed building of the Museum of Ukrainian Antiquities (Tarnovskyi House) in Chernihiv after shelling on March 11, 2022. Photo: Valentyn Bobir

Even at this stage of the war, the Ukrainian government has no clear plan to support museums: what museum workers should do in the occupation, how to preserve collections, their lives, where to get funds and resources for evacuation, where to hide collections, how to survive the winter. Among other things, the government is introducing an austerity system, and museum managers are forced to send colleagues on vacation at their own expense or reduce salaries. Thus, we are losing personnel potential.

We are also worried about the fate of the occupied museums and teams, not all of them get in touch.

What are we doing ourselves?

We wouldn’t have managed without the support of international partners. But we don’t sit idly by either. The Museum Crisis Center (MCC), created by employees of various Ukrainian museums, has been collecting funds since the beginning of March, thanks to which we supported 810 people from 148 museums in 10 regions of Ukraine for a total amount of about 2 million hryvnias.

The format of providing emergency financial assistance to museum workers remains relevant, because inflation began to grow, and the government started an austerity policy, which hit the financial support of the cultural sector even more.

Read also: «Why finance culture, when the war goes on?» Theatre life comes to living in Lviv

The MCC also provides financial assistance for the people who work with culture to enable them personal evacuation from the occupied territories, where they are blacklisted – namely, persecuted, kidnapped, tortured, and killed. 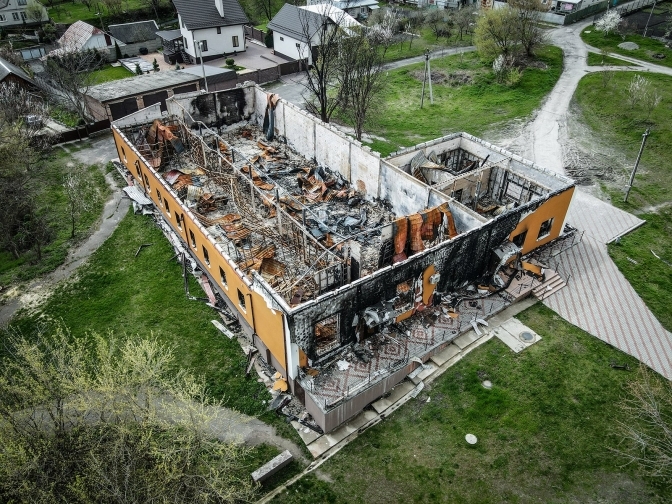 The National Literary and Memorial Museum of H.S. Skovoroda after being hit by Russian shells in May 2022. Photo: the-village.com.ua

We are now implementing a system of scholarships for longer-term support of cultural leaders, launching a line of psychological support for cultural workers and teams that help others, along with a website about museums of Ukraine with the option of making personal donations.

The Museum «Territory of Terror» in Lviv accepted a team of colleagues from the Luhansk Regional Museum of Local History in the evacuation and helped them resume operations. Together we collect the «Victory Collection» – exhibits from the front line.

Currently, our museum is focused on preserving the works and strengthening the security measures of the funds and premises. We have already uploaded the data to the online storage, set up the security system, and started 3D scanning of the exposition and main exhibits.

We are preparing for winter and the heating season with fear, because there is a threat that Russian bombs will destroy the infrastructure, while the responsibility for preserving the collections remains with us. Although we are buying firewood and wood chips, we don’t know how long the winter will last.

In addition, we are preparing for the threat of chemical and nuclear weapons. Having received training from emergency response services, we are purchasing personal protective equipment – respirators, rubber boots, disposable gowns, gloves, shoe covers, shower caps, wet wipes, and medicines.

We want to survive, survive the winter, not die of hunger, live, and be people with a human face from planet Earth. Strange plans for the 21st century, isn’t it?

Each of us will continue our small front, in our case – a cultural one. Not without international help, because today, Ukraine is fighting not only for itself but also for all people on planet Earth – for food in Africa, for oil in Europe, for no one to blackmail you with gas bills or threats of a nuclear explosion simply for choosing the freedom and right to be yourself on your own land. Ukraine is fighting for all.

The author described these and other facts in a report for the General Conference of the International Council of Museums ICOM, at which one of the central topics was the protection of the cultural heritage of Ukraine during the Russian-Ukrainian war. However, due to changes in the program, they haven’t been voiced.