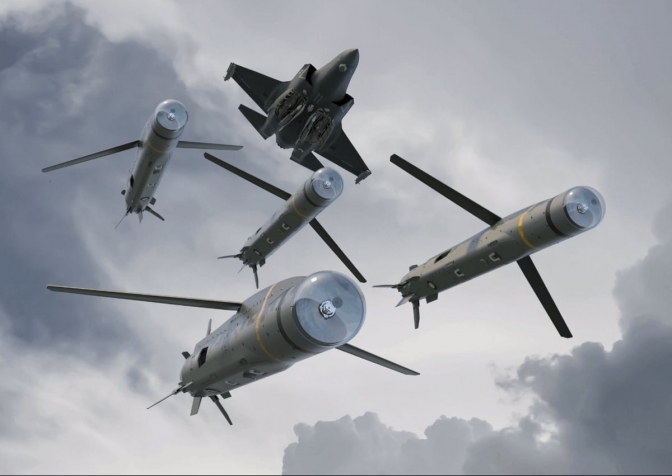 Tweet
292 0
The previous week, the Lviv region was again hit by Russian missile strikes. According to the head of the Lviv Regional State Administration, Maksym Kozytskyi, two of the six cruise missiles fired in the region were shot down last time, while in total, the air defence in the Lviv region has already destroyed more than 20 missiles. Lviv Now learned what types of missiles Russia uses and why not all of them can be brought down.

What missiles does Russia fire at Ukrainian cities?

Russia has «Tochka» and ‘Iskander» ballistic missiles, as well as «Caliber» cruise missiles, which are launched from ground-based launchers. These include the Iskander complexes, ships or submarines of the Russian Black Sea Fleet and the Caspian flotilla. They also use a wide range of aircraft cruise missiles for various purposes. Their cost varies from hundreds of thousands to millions of dollars, military expert Taras Chmola told Lviv Now.

The lion’s share of missiles is shot down by our air defence forces. Exact information on how many missiles reach the targets is unlikely to be known, at least until the end of the war. «Like any weapon, they are not perfect, but one way or another they perform their function,» – expert Taras Chmola says. 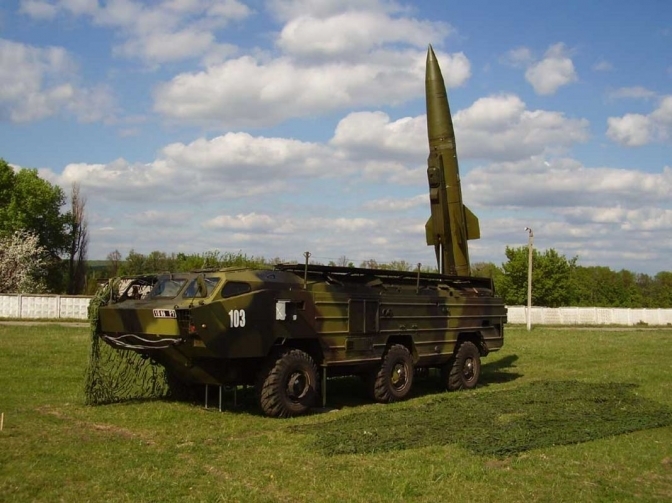 The «Tochka» tactical missile system was developed in the USSR in the 1960s and 1970s to destroy enemy targets at the distance of about 100 km. Photo: defense-ua 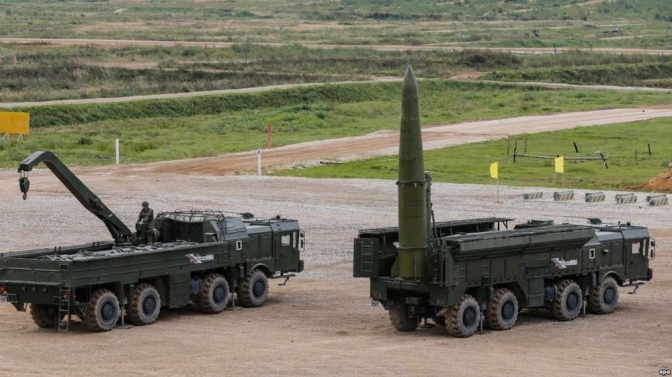 «Iskanders» – surface-to-surface missile systems: Iskander, Iskander-E, Iskander-K, Iskander-M. They were first presented in August 1999 at the MAKS Aerospace Salon. The range of ballistic missiles from the Iskander-M missile defence system is at least 500 km. Photo: Militarnyi 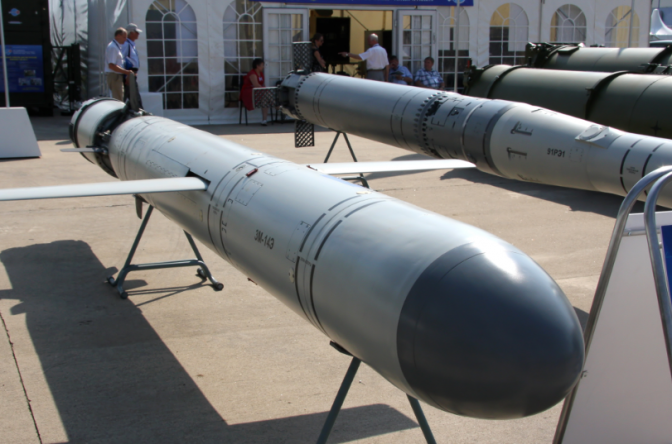 Ihor Romanenko, a retired lieutenant general and former deputy chief of staff of the Ukrainian Armed Forces, explains to Lviv Now that Russia’s Iskander-M systems allow both cruise missiles and ballistic missiles to be launched. The first can cover a distance of up to 200 kilometers, the second – 500-700 kilometers.

«Caliber» naval-based missiles are an older model, launched from ships in the Black and Caspian Seas.

«Air-based cruise missiles X-101, X-55 are newer, more accurate and improved, with a guidance at the end of the flight with the help of television heads [television guidance, or TGM – ed.]. That is, the operator has the ability on the plane to guide them to the desired destination. Recently, these same missiles have been used. They are launched from Tu-95M, Tu-160, Tu-22M3 strategic aircraft,» – says Ihor Romanenko.

Which missiles are the hardest to shoot down?

Difficulties in the work of air defence arise when strikes from different directions occur simultaneously.

«For example, when missiles are launched from the Black Sea, it means that they will all enter our facilities from the south. And they can bypass the object, turn around and hit from the north. Moreover, if several ones are launched, there will be a so-called «star strike» – from different directions at the same time,» – Ihor Romanenko explains.

The time it takes for a missile to reach its target depends on its location and type. There are subsonic missiles that fly at a speed of 0.7 – 0.9 Mach [1 Mach – 1225 km / h – ed.], supersonic missiles fly even faster.

The type of missile and its mass also affect the potential damage, military expert Taras Chmola continues. «Sometimes, one missile is enough to destroy a building. But if it’s a more secure object, that’s not enough,» – he said.

Missiles are produced in various cities in Russia. The cost, according to experts, ranges from hundreds of thousands to millions of US dollars. However, export value and domestic value differ. In addition, there are many Soviet missiles, the cost of which is currently not measured, because they are Soviet.

The most difficult thing is to shoot down ballistic missiles because of the flight path and speed.

What means of air defense does Ukraine have?

According to the general, Ukraine is now supplied with «guerrilla» air defence equipment. And to achieve the supply of solid systems, it’s necessary to constantly lobby this issue in the West.

«There is no clearly organized missile defence in Ukraine. There are, of course, S-300V1 systems, but we need the same as the Americans have, namely Patriot RAS-3 of the latest US-Norwegian modification. These are Norwegian complexes, an American missile, this is what our president asked for. The complex is simpler, but it can also fire at ballistic missiles. We are given MANPADS [portable anti-aircraft missile system – Ed.], Stinger and Mistral. But these are «guerrilla» means. The sky above us is not closed. We can do it ourselves, but we need the right weapons. They say it’s difficult. Let them give it to us – and we will show!» – Ihor Romanenko emphasizes. 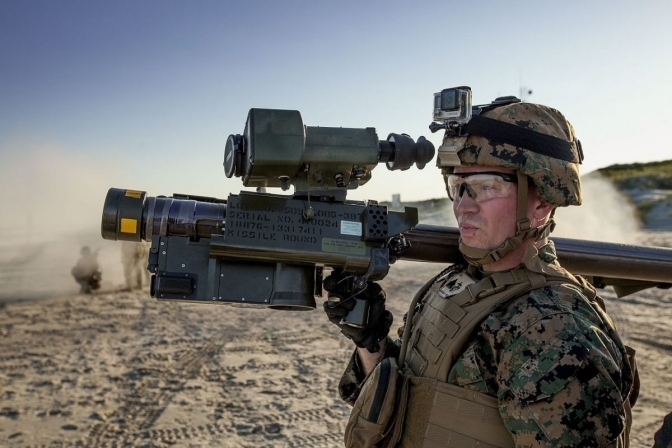 The main problem with cruise missiles is not to shoot them down, but to detect them, because they fly low, Taras Chmola explains.

«The Air Force includes radio engineering troops, which are equipped with radar stations of the various spectrum. Their task is to promptly detect Russian missiles and to report our fire means of destruction: BUK-M-1, S-300 anti-aircraft missile systems or other air defence units. A cruise missile can be shot down even from a MANPADS. If the calculation is ready and the known azimuth to the target – it is possible. I’m not sure about the «Kindzhal» [Russian supersonic missiles], but if we talk about the Russian «Caliber», then we have problems not with the shotting down, but with the timely detection and availability of fire in the relevant areas to destroy them. This is a subsonic rocket that flies quite low. That is actually like an airplane flying in a straight line at subsonic speeds. It can even be brought down from MANPADS,» – explains Taras Chmola.

How long does the missile fly?

It takes approximately 10 minutes from the announcement of the alarm to the hypothetical arrival of the rocket in Lviv, says Ihor Romanenko.

«I think it’s 10-15 minutes on average. The guys are sitting on monitors, for example, in Zaporizhzhia, looking at radars, seeing air objects and roughly calculating the target. If the hypothetical target of the defeat is Lviv, then they calculate how long it will take for this cruise missile to be in our city, turn on the siren from region to region, and pass on information so that people can hide. If missiles fly from Belarus, there is very little time to hide in Lviv. And if this is a ballistic missile – then a few minutes, and it’s here. It is almost impossible to be brought down,» – warns the former deputy chief of the staff of the Armed Forces.

Nuclear weapons are not Russia’s advantage. If you can shoot down a conventional missile, you can do the same with missiles with nuclear warheads, says military expert Taras Chmola.

«Tactical [missiles] can be brought down. These are the same cruise missiles, and you can shoot down a cruise missile, regardless of which warhead is in it – high-explosive or some other. It is unrealistic for us to shoot down strategic nuclear missiles today, but their use is unlikely,» – Taras Chmola said.

Even though Russian missiles cause significant damage, both experts believe that the probability of survival is much higher if a person stays in a shelter than if in the open air.

«It all depends on the bomb or missile, on the shelter, but the probability of survival in the hiding is definitely higher than on the street or in the apartment. If the missiles weigh half a ton, they leave giant funnels. In general, they drop three-ton bombs from Tu-160 on Mariupol. There may also be concrete-piercing missiles that pierce the concrete first and detonate inside the structure. These are not just high-explosive warheads,» – explains Ihor Romanenko.

We will remind that on May 5, the president of Ukraine Volodymyr Zelenskyi noted in his address to the Danish people that since February 24, Russia let out almost 2 thousand missiles across Ukraine.