10 men tried to escape Ukraine for a bribe. Now, they are sent to the military registration offices 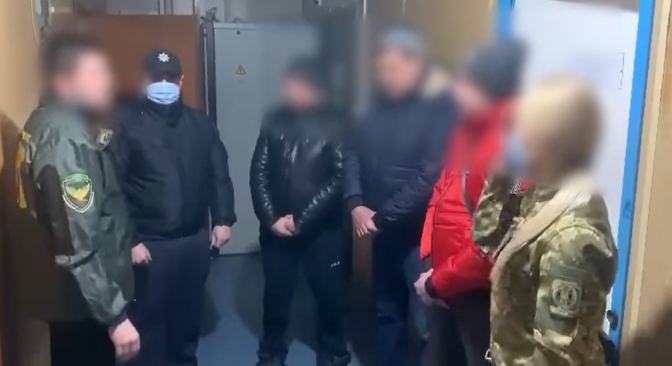 10 men tried to bribe employees of the State Border Guard Service (SBGS) of Ukraine, but in return were given the opportunity to visit the military registration and enlistment office. Such cases are not uncommon: during the last day only, 10 cases of attempts to bribe them at the border were documented.

According to the press service of the State Tax Service, 7 of them are at the checkpoints «Shehyni», «Krakivets», «Tysa», «Smilnytsia», «Kosyno», «Rava-Ruska» and «Serpneve». In total, bribes of 900 euros and 2,100 US dollars were offered. Three other Ukrainians offered 3,000 hryvnias at the «Vylok» checkpoint.

«They disguised themselves as Hungarians, trying to cross the border with certificates of return to Hungary and passports of Hungaria citizens, which were allegedly issued to them in Beregovo on the day of their trip. However, later they found passports of Ukrainian citizens and they fell into the category of restricted travel, « – the statement reads.

In all cases, the SBGS sent a report to the police about the commission of a criminal offence under Part 1 of Art. 369 CCU. Later, after compiling the necessary procedural documents, the police officers suggested sending them to the military registration and enlistment offices for evading conscription (or mobilization).

We will add that the border service urges citizens not to try to offer funds to border guards, because there is criminal liability for such actions. In addition, if someone is aware of attempts to claim illegal benefits to report to the hotlines immediately, record the information on service badges, indicate the time and checkpoint and other data.

It will be recalled that from the moment Russia launched a bloody offensive against Ukraine, the number of people on the western border began to grow sharply. At the same time, for the period of martial law, travel was restricted to men – citizens of Ukraine aged 18 to 60 years.