Devastation, the face of «russian world» 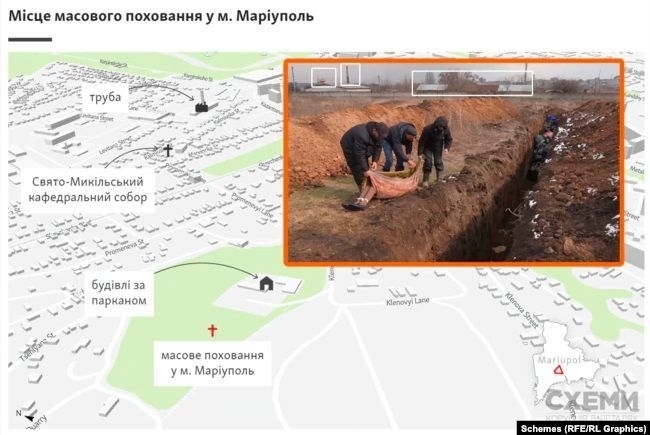 Defenders of Mariupol prevented the capture of Zaporizhzhia and created conditions for the environment of the Environmental Protection Agency, – the General Staff of the Armed Forces.

53 wounded defenders were taken out of the territory of the Azovstal plant in Mariupol. When their condition improves, Russian prisoners of war will be exchanged.

WORLD: EU approves $500 million in aid to Ukraine for heavy weapons, but failed to agree on sanctions against Russia.

The European Union cannot impose a sixth package of sanctions against Russia, as several countries oppose it, including Hungary. Hungarian Foreign Minister Peter Siarto said that his country is ready to unblock the sixth package of EU sanctions against Russia only when it is offered an investment plan of 15-18 billion euros from the European Commission.

Sweden’s Foreign Minister, Ann Linde, has signed an application to join NATO. The country intends to submit the relevant document together with the application of Finland.

Borrell assured that the EU would help Ukraine export grain despite the naval blockade.

«Russia’s regime is over»: Klimkin explained what means McDonald’s exit from the Russian market

McDonald’s, the world’s largest chain of fast food restaurants, has finally decided to leave the Russian market. This means that «the Putin regime in Russia is over.»

This opinion was expressed by former Minister of Foreign Affairs of Ukraine Pavlo Klimkin. According to him, the exit of such a powerful business is «a colossal leap to the business isolation of the Russian regime» and a symbol of «Perestroika» of Russia.

The politician recalled that the first restaurant opened in Moscow in January 1990, the queue was almost a kilometer.

«Today is a special day in the history of Russia – I’m not kidding. McDonald’s has left Russia. You can smile, but this is a huge leap to the business isolation of the Russian regime. The hope for a new Russia has finally come to an end,» – Klimkin said.

«McDonald’s» was pulling to the last, so he wanted to stay. By the way, he has more than 60,000 employees in Russia. But in the end, he gave in to joint pressure from all sides. The argument is very simple: we cannot be in a country at war, it is not in line with our values ​​and it is bad for the brand. 32 years ago, everyone hoped for a liberal democratic Russia, now it has been taken out of civilization. Everything that was done after the Cold War has been multiplied by zero, and the Russian regime is over, now the only question is when, – the politician said.

The entire front line is under constant massive shelling. For a day – 8 killed, 6 – wounded.

During the day, 32 houses, a school, an institute and 9 industrial facilities were damaged. During the night shelling, Krasnohorivka was cut off again. Now, there are repairs. The shelling of the Armed Forces continues, but the Ukrainian military is in control.

There were two powerful air strikes and constant artillery shelling throughout the territory. In Severodonetsk, two buildings of the hospital and the building of the research and production association «Impulse» were destroyed. There are 10 dead and three wounded. A building materials store and four high-rise buildings were also destroyed in Severodonetsk. Four more houses are in Rubizhne, two are in Lysychansk.

In the evening of May 16, as a result of the shelling of the village of Pervomaiske, a five-story building and a house were damaged, no one was killed.

In the Lviv region, a Russian missile hit a railway facility in the Yavoriv district. There are no victims. According to preliminary information, the air defense shot down three cruise missiles.

The Russians fired five missiles at Okhtyrka: a kindergarten, a canteen, private and high-rise buildings were damaged. At least three civilians were injured. Details are being clarified.

In the Chernihiv region at 5 am there was a missile strike on the village of Desna. According to preliminary information, there are victims. Details are also being clarified.

The situation is stably critical, significant damage and destruction, the occupiers are trying to establish their own rules in the field

The night passed without shelling, but with air raids. During the day in the region, the Russians opened fire on the settlements of Kharkiv and Chuguiv districts. In total, 9 people were injured and 2 died in the Kharkiv region during the day.