19 January is the eastern-style Baptism of the Lord

16:02 19 January 2022
Tweet
208 0
The Baptism of the Lord, popularly called the Epiphany, is celebrated on the Julian calendar 19 January (6 January – on the Gregorian calendar), and completes the cycle of Christmas holidays. 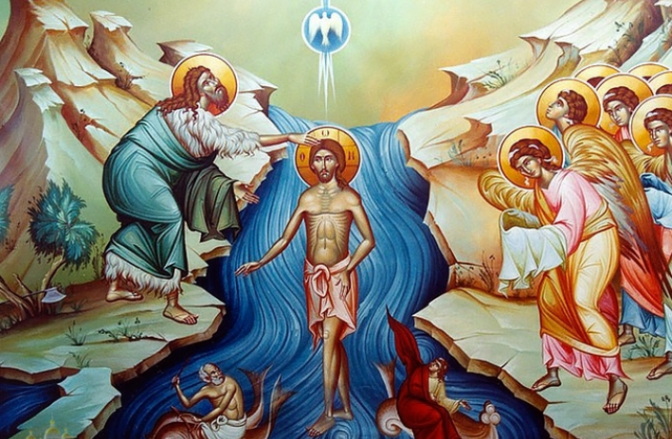 Today, Ukrainians celebrate the feast of Baptism of the Lordф, or Epiphany. It completes the holidays of the Christmas and New Year cycle and is also one of the greatest Christian holidays.

The holiday is one of the «Twelve» in the Orthodox and Greek Catholic Churches (twelve most important holidays after Easter, dedicated to the events of the earthly life of Jesus Christ and the Virgin Mary). On this day, people around the world commemorate an important event in the life of Jesus Christ – his baptism in the Jordan River.

The celebration of the Baptism of the Lord began on the evening of 18 January. At this time, services were held in the temples, and the water of the faithful was consecrated. Traditionally on Epiphany, a dish «hungry kutia» is prepared, and the family gathers at a festive table with the appearance of the first star in the sky.

It should be noted that the traditional city-wide consecration of water on Epiphany was cancelled in Lviv. This is due to the increasing incidence of Covid-19. To avoid crowds, the fathers held a consecration ceremony on the morning of 19 January. Anyone can come to the Market Square during the day and collect holy water from the tank.

For reference: The majority faith in Lviv is Greek Catholicism, a Christian confession which acknowledges Catholic doctrine and is in communion with the Pope, but maintains Eastern rites and rituals, including married priests and the old-style Julian calendar, 13 days behind most Western religious holidays. Outside of the western region of Galicia, most Ukrainians are Orthodox Christians, also abiding by the Julian calendar, but affiliated with Constantiple rather than in communion with Rome.