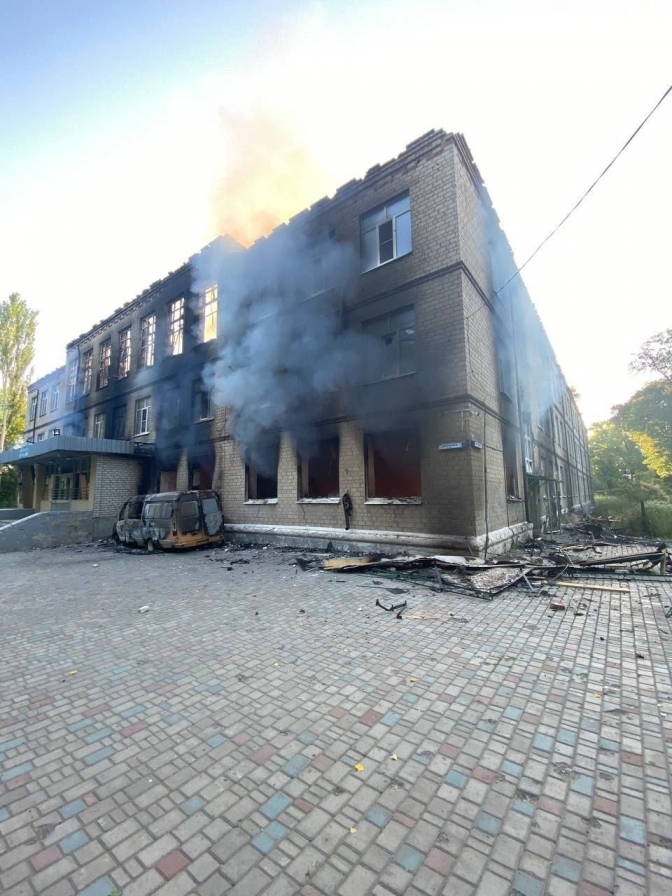 Severodonetsk and Lysychansk – under fire, the Russians used aircraft. As a result, more than ten high-rise buildings, private houses and the police station building were destroyed. The body of one victim has been found so far.

Serious destruction in Hirske – 13 houses were damaged there, in Novoivanivka – seven, in Vrubivka the lyceum was destroyed. the Russians hit the Nitrogen building, fired on the territory of the brick factory, and alternately opened fire near three bridges. One civilian was killed and another was injured.

As a result, 21 buildings were damaged, including 6 high-rise buildings and 6 private houses. One civilian was killed and 10 were injured. At night, the occupiers fired at Avdiivka with MLRS «Hrad» with a magnesium charge. The school was burned down – the third in this city.

In the regional center, the occupiers intensified shelling, and the northern districts of the city were hit during the night. Previously, a critical infrastructure facility was damaged and a fire broke out in the building of the educational institution. One person was injured.

Kharkiv, Chuhuiv and Izyum districts were hit by missiles and artillery strikes in the region during the day. Three people were killed and four were injured in one day. A large-scale fire at an oil refinery is still going on in the Izium district, rescuers are working.

The occupiers fired at the Kryvyi Rih district again at night – two villages were hit, no one was injured. Detailed information is being clarified.

The shelling continues in the Bereznehuvatskyi community. Information on casualties and injuries is being clarified. According to Operational Command South, yesterday four X-31A missiles from a Russian fighter and one Onyx missile from the coastal missile complex were aimed at Ochakiv and hit agricultural land in the suburbs. There are no victims.

As a result of yesterday’s shelling of the village of Pervomaiske, damage to utility rooms was recorded – an outbuilding caught fire.

After the Russian shelling yesterday in the village of Lymany, Halytsyn community, a fire broke out in a house and dry grass, no one was injured. At night, the occupiers fired on the Pervomaisk community. According to preliminary information, there are no victims, houses are damaged.

Active hostilities continue. The occupiers used various weapons, including those prohibited by an international convention. The situation in the region remains extremely difficult.

It is especially difficult in the settlements near Snihurivka, Zelenodolsk community and on the border with Mykolayiv. The situation with the restoration of electricity and water in the villages of Beryslav district remains critical.

UKRAINE: The width of the Ukrainian front exceeds 2.5 thousand kilometers.

The mayor of Melitopol Ivan Fedorov confirmed the fact that Syrian mercenaries are temporarily in Russian-occupied Melitopol.

The head of the President’s Office Andriy Yermak stressed that the conditional «Minsk-3» version is unacceptable for Ukraine.

WORLD: Shmygal and the Chancellor of Austria discussed opportunities for exporting Ukrainian products

Russian dictator Vladimir Putin will leave Russia for the first time since the start of a large-scale war. The Kremlin leader is heading to Belarus for a forum.

Canada and the Netherlands have agreed to help rebuild Ukraine

Ukraine has ratified the Istanbul Convention

The Verkhovna Rada has ratified the «Council of Europe Convention on Preventing and Combating Violence against Women and Domestic Violence», known as the Istanbul Convention.

259 people’s deputies voted in favor. There were only 8 votes against.

On June 18, President of Ukraine Volodymyr Zelenskyi submitted to the Verkhovna Rada a draft law №0157 on the ratification of the Council of Europe Convention on Preventing and Combating Violence against Women and Domestic Violence. 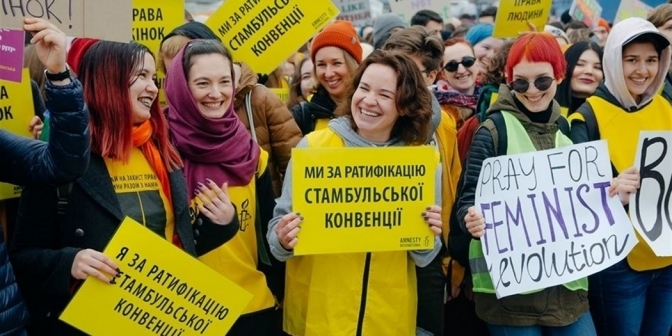 In 2011, the Committee of Ministers of the Council of Europe adopted the Istanbul Convention on Preventing and Combating Violence against Women and Domestic Violence. Turkey became the first country to ratify the document. After that, 33 more countries signed the Convention.

Ukraine participated in the preparation of the Istanbul Convention against Violence, but the Verkhovna Rada has not yet ratified it. The All-Ukrainian Council of Churches and some MPs oppose ratification, arguing that the convention «imposes a gender ideology.»