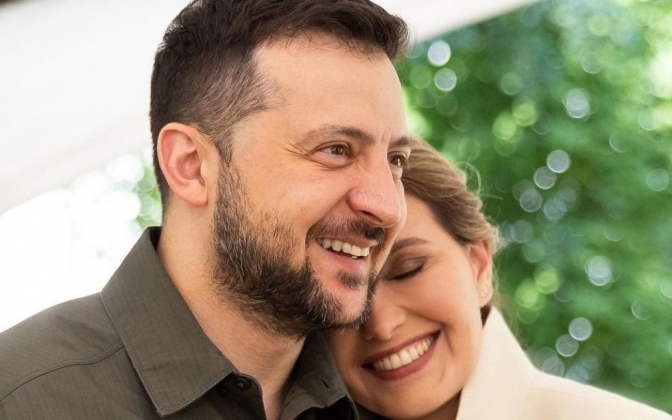 Units of the Defense Forces of Ukraine repelled the attacks of the occupiers near Bilohorivka.

In the Kupiansk direction, the enemy shelled the areas of Novoselivske and Stelmakhivka settlements.

On the Lyman direction, Makiivka, Ploshanka, Chervonopopivka, Nevske were hit by fire from the Russians.

The situation in the region remains difficult.

Along the line of defense around Avdiivka, chaotic, single flights continued.

Exacerbation near Vuhledar – shelling of the city almost throughout the previous day. Large-scale destruction (more than 40 addresses) in an already almost destroyed city.

The situation near Bakhmut and Soledar is difficult. During the day, information was received about the repeated hitting and destruction of buildings in the very center of Bakhmut – the building of the City Council, the Palace of Culture, the center for the provision of social services, etc.

Yesterday afternoon, there was a rocket attack on the densely populated area of Kostyantynivka. 5 wounded, including three children. In a day, 10 people were injured in the region.

In the Bilopillia community, explosions damaged the dining room and utility building on the territory of the Atyna psychoneurological boarding school.

In all cases, there were no victims or injured.

Yesterday evening, the city of Seredyno-Budsk was bombarded with lighting projectiles, as a result of which a private house was damaged.

This morning, the occupiers shelled Kupiansk again. A private house and a shop are on fire. Emergency services are on site.

In Vovchansk, Chuhuiv District, enemy shells fell on the territory of the physical and recreational complex. The hangar was damaged.

In the town of Kupiansk-Vuzlovyi, two private houses, farm buildings and a gas pipeline were damaged as a result of shelling. In the village of Dvorichna, the roof of a farm building was destroyed and the windows of a private house were broken.

As a result of the shelling of the village of Lypsi, Kharkiv district, two people were injured and hospitalized in moderate condition.

22 reports were received about the destruction of houses (apartments) of citizens and infrastructure facilities as a result of shelling. Details are being clarified.

From Kakhovka, the occupiers are taking the medical equipment of the central city hospital to the city of Henichesk.

In Kherson, the Russian army shelled a maternity hospital, a school and a polyclinic. The building of the maternity hospital was damaged, there was smoke on the fourth floor. According to preliminary information, there were no casualties.

UKRAINE: The losses of the Russian army exceeded 123,000: during the day, the Armed Forces eliminated 910 Russians – the General Staff

WORLD: The Russian Federation declares an «offensive» on Vuhledar: ISW assessed the real capabilities of the occupiers

The Russian army defends itself: ISW spoke about Gerasimov’s attempts to justify the losses of the Russian Federation in the war

Ukraine will receive modern Western tanks: the ISW predicted the further course of the war

The tanks will be handed over to the Armed Forces from the Bundeswehr.

On Wednesday, January 25, Germany officially agreed to transfer 14 Leopard 2 tanks of its own production to Ukraine. We are talking about a company of 14 tanks.

Reuters writes about this with reference to the Germany's official statement.

«This is the result of intensive consultations with Germany’s closest European and international partners,» the statement said.

It is noted that Chancellor Olaf Scholz announced at a government meeting that his country has decided to provide the Ukrainian armed forces with Leopard 2 main battle tanks. According to him, Germany will continue to strengthen its military support for Ukraine.

«This decision is in line with our well-known line of supporting Ukraine to the best of our ability. We are acting in a closely coordinated international manner,» Scholz said in a statement.

In addition, Berlin allowed other countries to send this modern heavy equipment to Ukraine. It is emphasized that such a decision «opens the way for other countries, such as Poland, Spain and Norway, to supply their reserves to Ukraine.»

«Germany will provide partner countries that want to quickly transfer Leopard-2 tanks from their stocks to Ukraine with appropriate permits for their transfer,» the statement said.