26 innocent victims. History of the tram accident on Horodotska street half a century ago 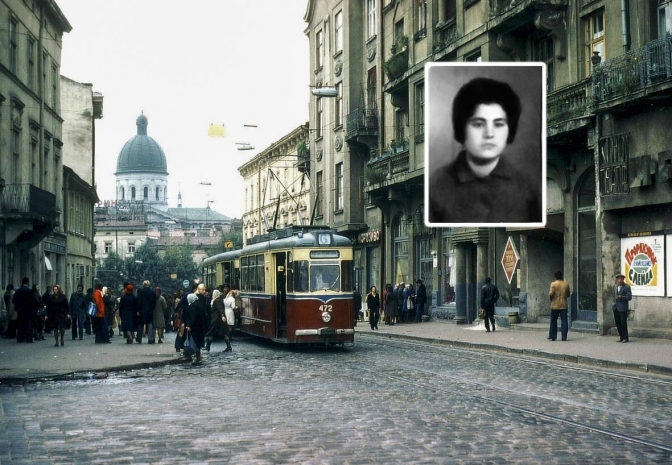 50 years ago, 10 January 1972, the biggest tram accident in Lviv’s history took place on Horodotska street, causing the death of 26 people. The website Photos of Old Lviv reminds of the bloody tram accident. 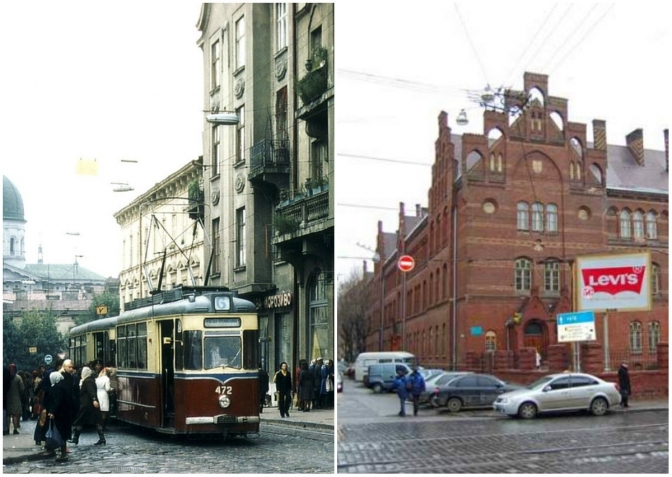 According to Ivan Bondar, a spokesman for the municipal public transport company «Lvivelectrotrans», it happened on route №6. Before 4 pm on a quiet winter afternoon, two coupled Gotha tram cars № 472, driven by a young 24-year-old driver Nadiia Makara, left the final stop on Dvirtseva Square and headed down Horodotska street.

Something went wrong, the brakes did not work properly and in a short moment, neither the driver nor the conductors in the cabin of each of the cars were able to control the situation and stop the tram.

A tram with people went out of rails and flew at speed into the brick fence of the school on Leontovycha Street, 2. Eleven people died on the spot, 25 were injured, three of the victims were taken to hospital in a hopeless state, and six others were hospitalized in critical condition. The driver remained intact.

On the same day, by a resolution of the Lviv regional committee of the Communist Party of Ukraine, a special commission was set up to investigate the causes of the catastrophe, headed by T. Telishevskyi, the chairman of the regional executive committee of that time. In addition, the KGB leadership, together with other administrative structures, took all necessary measures «to prevent undesirable manifestations among the city’s residents,» according to a secret information report.

From a later report to the Lviv Regional Committee of the Communist Party of Ukraine of 19 January 1972, it became known that the number of people killed in the accident had risen to 13, and another 23 would be injured to varying degrees.

«10 January 1972, at 3:30 pm, an accident occurred in Lviv with a tramtrain № 472/572 of route № 6, driver Makara Nadiya Ivanivna, born in 1948. At the entrance to the intersection of 1st of May (now Horodotska)/ Shevchenka/Leontovycha streets, a tram train derailed, drove to the landing site of the tram stop, where it knocked down citizens who were on it, drove into the left sidewalk and hit in the brick fence of the school, as a result of which 11 people died on the spot, 2 people died of wounds in the hospital.

Among the dead were 4 men – residents of Lviv, 8 – from the settlements of the Lviv region, and one resident of the village Horodyshche, Bakhmach district, Chernihiv region [Northern Ukraine].»

In a few days, the total number of deaths as a result of this accident was 26 people. Later, the Lviv People’s Court sentenced a young Lviv tram driver and sentenced her to prison.

Read also: What every Lviv resident should see. Church of St. Joseph the Betrothed 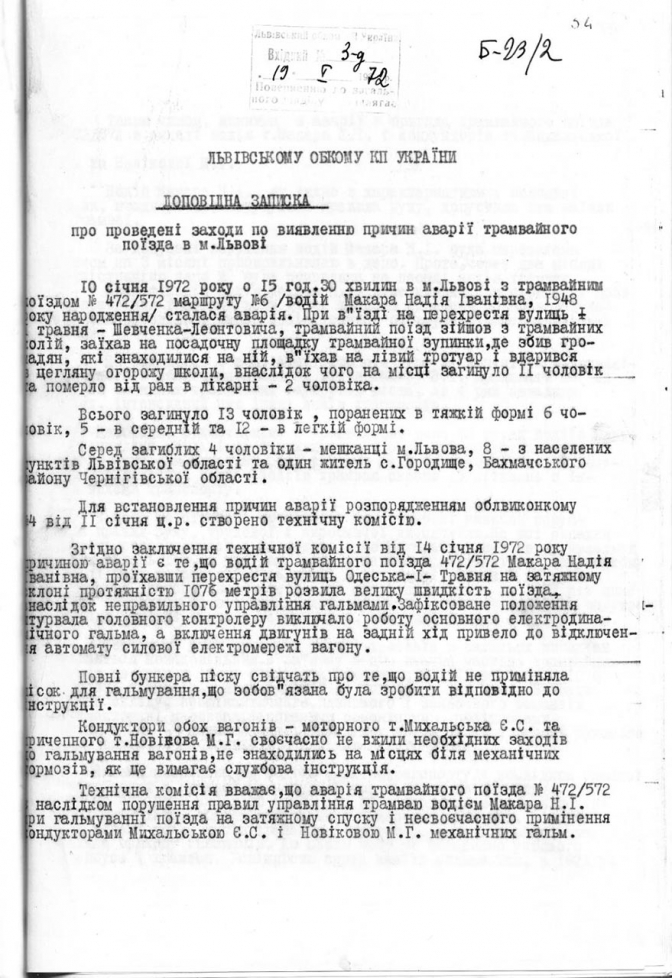 Little is known about this tragedy to the public. On the evening of the day of the disaster, the event was reported by the Voice of America. The Soviet press did not mention the fact of the tragedy, and only 11 January 1972, the state-owned newspaper «Vilna Ukraina» (Free Ukraine) published a small article expressing condolences to the families of the victims.

Nowadays, passengers of Lviv electric transport are reminded of the tragedy of 50 years ago by the obligatory several-second «technical stop» on all slopes, which became mandatory shortly after the bloody accident.

Photos from the site Photos of old Lviv