26 November: Russia continues to shell Kherson region around the clock, the EU will transfer transformers and generators to Ukraine 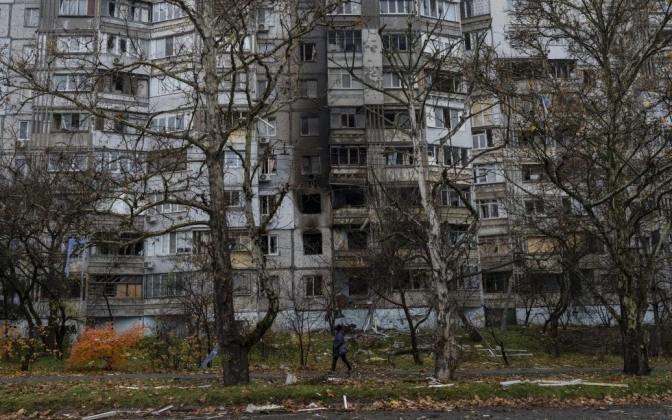 On November 26, 2022, Ukraine and the world commemorate the victims of the Holodomor

The enemy is actively defending in the Kupiansk and Lyman directions. The Russians shelled the districts of Novoselivske, Stelmakhivka, Makiivka and Ploshanka with tanks and barrel artillery.

Every day, the Armed Forces inflict significant losses on the occupiers based in the Luhansk region.

The situation in the region remains difficult.

At night and in the morning – shelling of Avdiivka and settlements of the Ocheretyn community. Last night – missile strikes on Kramatorsk. They hit an industrial enterprise, damaging two administrative buildings, high-rise buildings. One person is injured.

During the day, shelling of the Torske and Zarichne Lyman communities.

The tension on the front line near Vuhledar, Mariinka, Krasnohorivka, Toretsk, and Bakhmut is not easing.

In a day in the Donetsk region: 4 wounded.

During the day, the occupiers launched rocket and artillery strikes on the border areas of the region. After midnight, as a result of strikes in Kupiansk, 6 garages caught fire. There are no casualties. In the morning – strikes on Kupiansk. Previously, one was injured. Details are being clarified.

19 reports were received about the destruction of houses (apartments) of citizens and infrastructure objects as a result of shelling by Russian military personnel. Detailed information on the consequences is being clarified.

The occupiers terrorized Nikopol region all night. They hit Nikopol, Marhanets and the villages of the Marhanets community with «Hrad» and heavy artillery. People are whole.

Most of the shells hit the open areas of towns and villages. Employees of the State Emergency Service conduct an inspection of the territories. The details and consequences of the shelling are being clarified.

The enemy does not stop covering the de-occupied settlements of the region with fire around the clock. According to the information of the General Staff of the Armed Forces of Ukraine, the occupiers shelled the areas of Zmiivka, Beryslav, Tokarivka, Mykilske, Antonivka, Chornobayivka, Bilozerka, Veletenske settlements of the Kherson region and the city of Kherson.

Kherson suffers the most from mass attacks. During November 20-25, 15 Kherson residents were killed and 35 were injured, including one child, from enemy shelling.

In the Novomykolayivka territorial community of the Skadovsk district, a rotation of the Russian military took place, many occupiers entered the houses again, among them are Kadirov residents.

Hospital patients were evacuated from Kherson due to constant Russian shelling.

Patients of the Kherson regional psychiatric care facility were also evacuated from the city.

Humanitarian convoys from other regions of Ukraine and charitable organizations continue to arrive in the Kherson region.

UKRAINE: Russia’s losses in the war are approaching 86,000: the Armed Forces of Ukraine eliminated another 560 invaders in a day

In Donbas, one of the most difficult directions is Bakhmut and Avdiivka. Deteriorating weather conditions could significantly halt the occupiers’ attacks there

The occupiers suffered losses in the Luhansk region, and in Donetsk region the Armed Forces repelled 8 attacks – General Staff

WORLD: The Kremlin wants to kill Lukashenka to force his army to fight against Ukraine – RLI analysts

Putin stated that «Russia is not at war with Ukrainians, but with those who use them as cannon fodder»

Russia is firing missiles without warheads into Ukraine – British intelligence

NATO troops conduct exercises near the borders of Belarus and Russia

Gas stations are always ready to help in the event of a blackout.

Here you can always not only refuel, but also warm up with warm drinks, eat and recharge vital devices.

On November 24, a photo of a little girl, whose parents visited one of the Socar gas stations to connect an inhaler to the power grid, went viral on social networks. This helped the child to perform a manipulation necessary for health, which cannot be carried out at home in the absence of light.

The story has a happy sequel. Thanks to the reposts of users, there were people in Kyiv who wanted to hand over the generator to the girl’s parents.