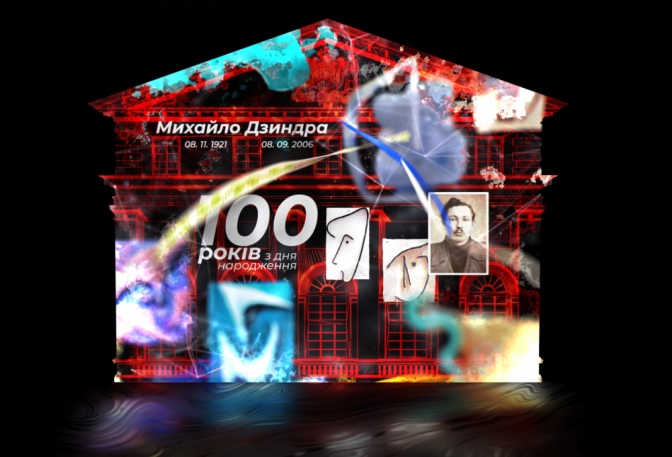 Today, Lviv celebrates the 100th anniversary of the birth of the world-famous sculptor and graphic artist Mykhailo Dzyndra (see the samples of his works on the link.) On Monday, 27 December, a 3D mapping will be shown on the facade of the City Hall starting from 20:00. On this occasion, trams will be stopped for the duration of the show, and street lighting in Rynok Square will be turned off. This was reported in the press service of the Lviv City Council.

The Department of Culture of Lviv and the studio of creative production Kurbas Production have created a 3D-mapping dedicated to the outstanding sculptor Mykhailo Dzyndra. Images of the artist’s works will be broadcast during the light show at the City Hall.

Read also: The debate: to celebrate Christmas 25 December or 7 January?

Mykhailo Dzyndra is a world-famous Ukrainian sculptor, graphic artist and architect. He was born in the Lviv region, in the 1950s he left with his family for the United States, where he had a successful artistic career, working with O. Archypenko, a Ukrainian and American avant-garde artist. He later bought a plot of land in Florida to create a museum of contemporary art. However, after the proclamation of independence in 1991, he decided to return to his homeland and took almost all his modern sculptures here. In 2005, the Museum of Modern Sculpture by Mykhailo Dzyndra was opened in Bryukhovychi near Lviv.