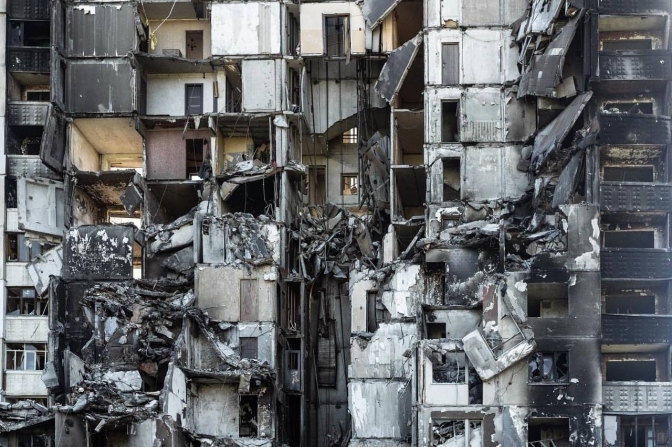 The situation in Lysychansk is tense. The Russian army continues its offensive in the direction of Vovchoyarivka – Verkhnokamyanka, trying to encircle Lysychansk. Zolotarivka, Vovchoyarivka and Lysychansk were fired upon.

Yesterday, the enemy also attacked Spirne, on the very administrative border of Luhansk and Donetsk regions, and near Verkhnokamyanka, but was forced to withdraw. One person was killed and six were injured.

The night passed relatively calmly. During the day, the enemy actively fired on the border of the region. The Krasnopil community suffered the most. There, during the day, the orcs fired 20 air-to-ground missiles, did not stop shelling from rocket-propelled grenade launchers and artillery.

They fired from machine guns, grenade launchers, and mortars. Drones were working in the Velykopysarivka community, dropping explosives. During the day: two dead and three wounded.

During the day, the Russian occupiers fired MLRS and fired missiles at civilian infrastructure.

Last night in the Shevchenkivskyi district of Kharkiv, a house was destroyed as a result of an explosion. There was no fire. The injured woman was hospitalized. Slobidsky district of Kharkiv: production shop was on fire. The fire was localized at night, continue to be extinguished. During the day, the occupiers fired on Izyum, Chuhuiv, and Kharkiv districts in the region.

In Pechenihy, Chuhuiv district, a boiler house, a hospital, a playground and residential buildings were damaged. For about two hours, the Russians fired artillery at the border village of Ivashky, Zolochiv community, and struck from a helicopter.

In the Izium district in the town of Balaklia, the administrative building was damaged. As a result of the shelling of Tsyrkuniv, Kharkiv district, two people were killed and one was injured.

In the Kryvyi Rih district, the enemy fired artillery at two communities again at night and in the morning. People were not injured.

In the Dnipro in the morning, rescuers found two dead under the rubble of a transport company, which was hit by a rocket yesterday. The rescue operation is complete.

In the morning the Russian occupiers struck missile blows across Mykolayiv. One of the missiles hit a high-rise apartment building. As of 8:20 a.m., five people were injured and three were killed. Information in the morning The city of Ochakiv of the Ochakiv community was also shelled. According to preliminary information, there are no victims.

Also this morning after the shelling of the village. Shevchenkove Shevchenkivskyi community an empty grain warehouse caught fire.

Bashtansky district: about 05:30 the Shyrokiv community came under fire. The hits were mostly on the roads of settlements.

The shelling of villages along the demarcation line in the Bereznehuvatskyi community continues. Information on casualties and injuries is being clarified.

Mykolaiv district: during the last days as a result of shelling of Shevchenkivska and Halytsynivska communities there was a fire of fields with a harvest.

Yesterday in the afternoon as a result of shelling of the settlement of Svyatomykolayivka of the Mishkovo-Pogoriliv community there was a fire in the apartment house. No casualties.

The situation in the region is tense, especially in the villages of communities near the borders with neighboring regions. In many settlements, locals talk about the rotation of the Russian army. The new occupiers want to settle in the homes of people who have left.

Kidnapping continues. Yesterday, according to the press service of the head of the Kherson City Council, Mayor Ihor Kolykhayev will be taken prisoner.

UKRAINE: Zelensky told the UN that Russia’s strike on the mall in Kremenchug should be recognized as a terrorist act

«Our task is to free all our soldiers»: Zelensky on negotiations on the exchange of prisoners

Ukraine is setting up a strategic group with the United States, Britain and other partner countries to improve coordination of the Ukrainian army

WORLD: The EU has started supplying the Ukrainian Armed Forces with more than 90 off-road trucks

Turkey has unblocked the accession of Finland and Sweden to NATO

Shmygal announced the confiscation of Russian assets abroad, which were frozen after February 24

The United States has banned the import of Russian gold

Belarus is checking the combat readiness of the armed forces: a military meeting has been announced

Belarus continues to check the combat readiness of the armed forces.

In the Gomel region, Belarus has announced a military meeting with conscripts. They will last from June 28 to July 16.

This was reported by the General Staff of the Armed Forces of Ukraine. 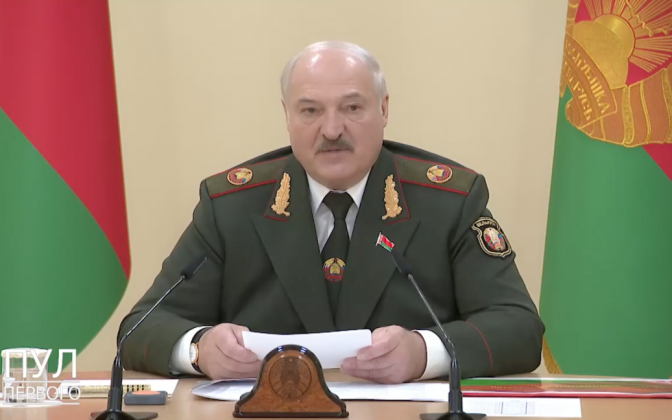 It is known that the meeting will focus on the formation of separate infantry battalions of territorial troops, combat coordination, as well as the organization of protection and defense of objects.

The General Staff stressed that the threat of air and missile strikes from the territory of Belarus on Ukraine persists.

It will be recalled that Belarus has extended the training of its military and set up an operational command near the border with Ukraine. Their group stretches from the Kyiv region to the west. Probably, the military is preparing for the offensive.