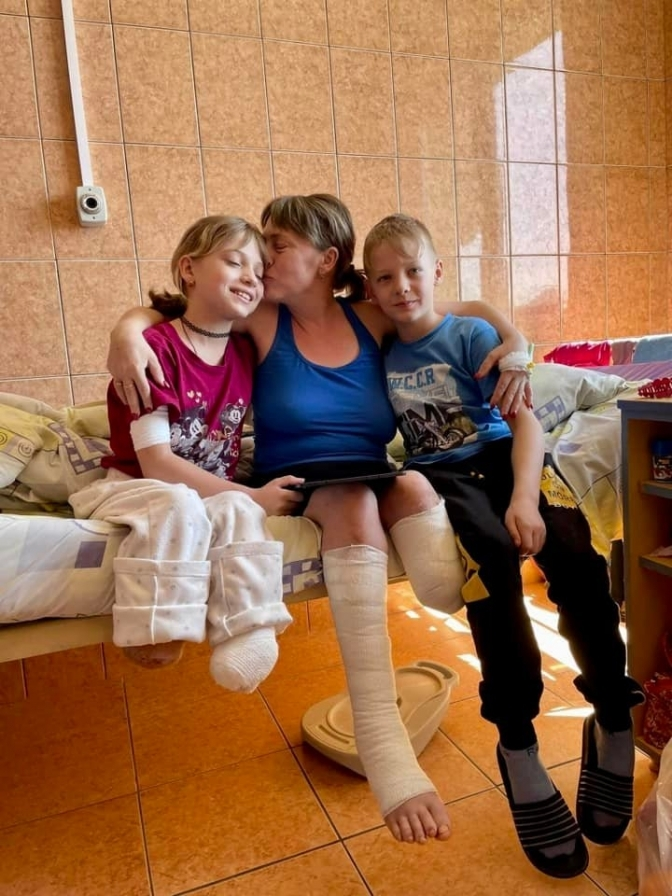 A family affected by the Russian shelling of a train station in Kramatorsk continues treatment in Lviv. Now, 11-year-old Yaroslav takes care of his mother and sister, who lost their legs. This was announced by Iryna Zaslavets, the director of development at the First Medical Association of Lviv.

«While Yaroslav was watching baggage in the station, a missile landed on the platform where his mother and sister were staying. There is a saying «heart breaks», but it’s disproportionate to what you feel when you go to their ward. Three beds. On one of them lies 11-year-old girl Yana with amputated legs. Opposite is her mother, Natalia. She also doesn’t walk anymore: her left leg has been amputated, the right one is injured. On the third bed is 11-year-old Yaroslav. He and his sister are twins,» – she wrote.

Read also: «We operated on a patient who had 18 parts of her body injured.» How Lviv medics rescue the war victims 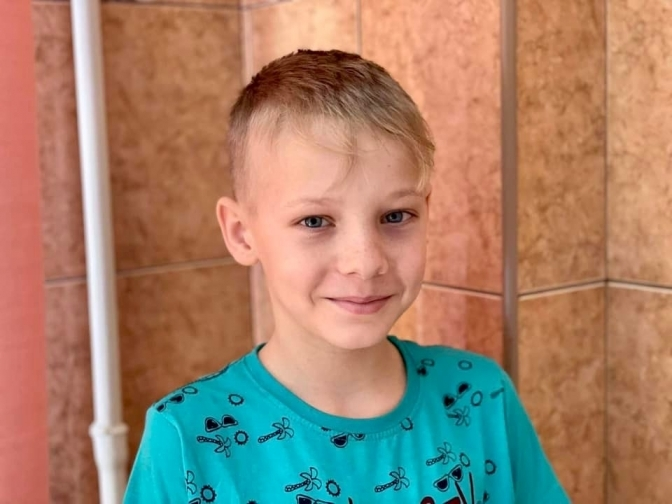 Now, the family is in St. Nicholas hospital in Lviv. Natalia’s husband fights at the front, and part of her family remained in the Donetsk region. Iryna Zaslavets writes that Natalia cries from time to time. Not for herself, but for the children. She says she’ll never forgive herself for going out on the platform with her daughter for tea, which volunteers distributed.

«I did not hear anything at all. When I opened my eyes, I saw that our aunt was lying next to me, with Yana upon her, people were around. Very scary. I tried to get up, but how? I looked at my leg, I looked at Yana – and saw that she was without sneakers,» – says Natalia, the children’s mother. 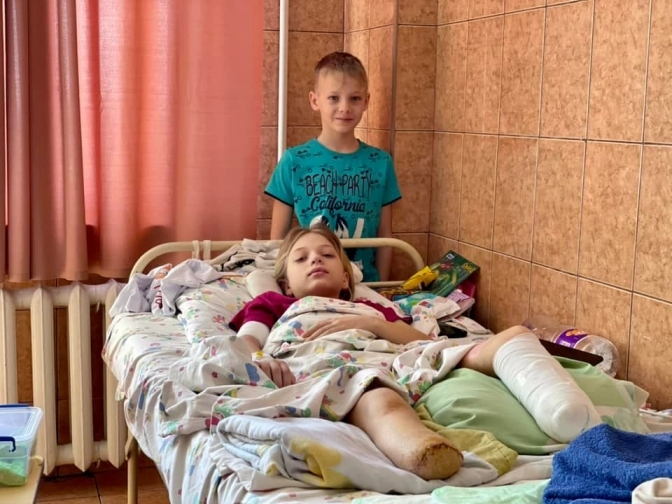 Natalia’s daughter, Yana, says that she wanted immediately to get up, run away, find her mother and brother. But she couldn’t get up and felt enormous pain. She burst into tears after looking at her feet.

It will be recalled that the Russian occupiers hit the Kramatorsk railway station with «Tochka-U» ballistic missiles, killing dozens of people and injuring more than 100.