11:05 24 September 2022
Tweet
87 0
The gas production company of Zynoviy Kozytskyi, father of the Lviv governor, has opened a new field in the Lviv region and plans to launch a wind power plant near Truskavets. 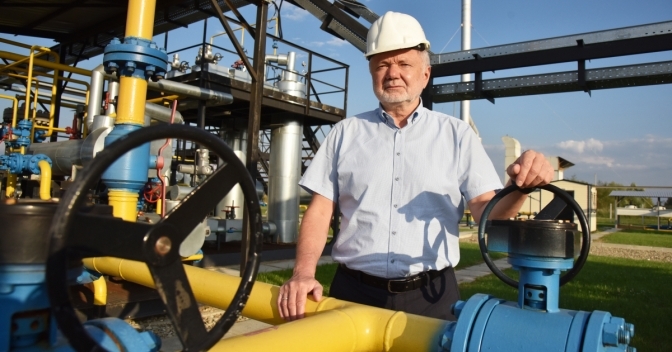 Since the beginning of the war, the gas production company of Zynoviy Kozytskyi, who is the father of the head of the Lviv Regional Military Administration, Maksym Kozytskyi, has significantly increased production, opened a new field in the Lviv region and drilled 12 more wells. The founder of the «Zahidnadraservis» company, Zinovy ​​Kozytskyi, reported this in an interview for Forbes.

«There are no hostilities in the west of the country, so it is our duty to support gas production. We did not stop work, carried out geological, seismic work, and drilled 12 wells – all four of our drillers are at work. A new gas field was discovered in the Lviv region, on which two wells with good reserves were drilled. The flow rate of the field is 200,000 cubic meters per day,» – he says.

Kozytskyi adds that this year, the company plans to invest UAH 750 million in gas production and UAH 2.8 billion in renewable energy. Last year, its investments in mining amounted to UAH 646 million. According to Zynoviy Kozytskyi, this year, his companies built four solar power plants of 1 MW each. By the end of the year, they will complete the construction and launch a 55 MW wind power plant near Truskavets. The cost of the project is 74 million euros.

Read also: A way to energy security: biogas power plant has been built near Lviv in the place of the landfill

«A significant increase due to the construction of a wind farm. Last year, 1.3 billion hryvnias were paid in taxes, and this year, we plan to pay 2.9 billion hryvnias. We plan to end the year with a profitable company. What kind of business is it if there is no profit?» – Zynoviy Kozytskyi explained.

We will remind you that in the summer of 2021, the State Geology and Subsoil Service of Ukraine granted a special permit to «Horyzonty» LLC to extract natural gas near Mykolaiv, in the Lviv Region. As reported in the document, subsoil use will be carried out on the territory of Hirska Square, in particular the Hirskyi deposit, which is located in the Stryi and Drohobych districts, 15 miles from Mykolaiv. The area of ​​the mining site is 59.7 km. According to the special permit, the company «Horyzonty» can use subsoil until 2035.