A «new wave» flowerbed appeared in Lviv. A Photofact 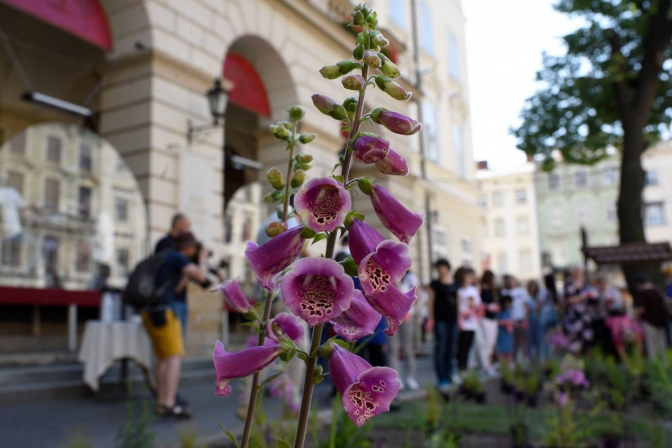 On Rynok (Market) square in Lviv, a «new wave» flowerbed was planted. The flowerbed’s concept is an island of cereals, meadow grasses and flowers, namely decorative varieties, in the center of a big city. This was announced by Oleksandra Sladkova, the head of the Ecology Department of the Lviv City Council. «Meadows have not four but 52 seasons, because every week, the picture changes: something blooms, something grows, and something stripes. Even in the winter, cereals are stacked in a certain way to continue the decorative effect. Now, of course, the flower bed remains in the most minimalist form, but time will pass and the plants will show themselves. The first two years they will need watering and weeding, and after 3-5 years they will be able to maintain their growth with minimal correction», – Oleksandra Sladkova explained. Let us recall that in early April, more than 100 years after the death of the last inspector of Lviv’s city plantations, Arnold Roering, gardeners appeared in the city again. Read who they are, what they will do and what Lviv needs them for in the article.