13:03 16 November 2021
Tweet
706 0
«Words about the eternal Ukrainian people, nightingale language, melodious singing are a set of beautiful phrases that mean little,» writes Yaroslav Hrytsak in a new book, whose purpose is to show that Ukraine, unlike Russia, continues «to modernize despite temporary setbacks.» 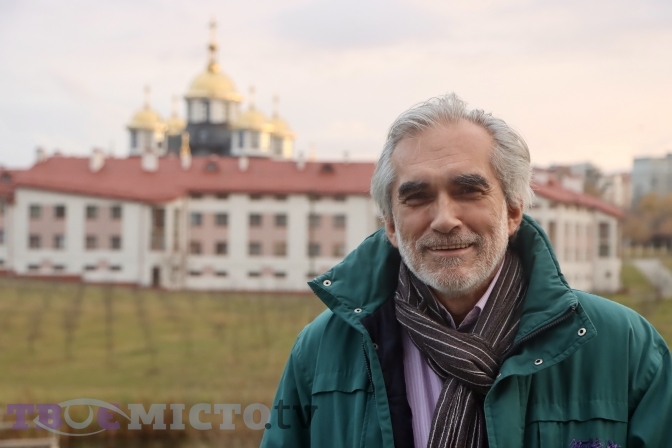 Fifteen years. This is how long Yaroslav Hrytsak, a prominent historian and professor at the Ukrainian Catholic University, had been writing his new book «Overcoming the Past. Global History of Ukraine», which should be on sale soon. He spoke with Lviv Now’s Roman Lamansky.

What is the globality of the history of Ukraine?

«My task is not to open unfamiliar pages to the reader, but to help rethink what we already know. Often, the real state of affairs differs from what we were taught in school. 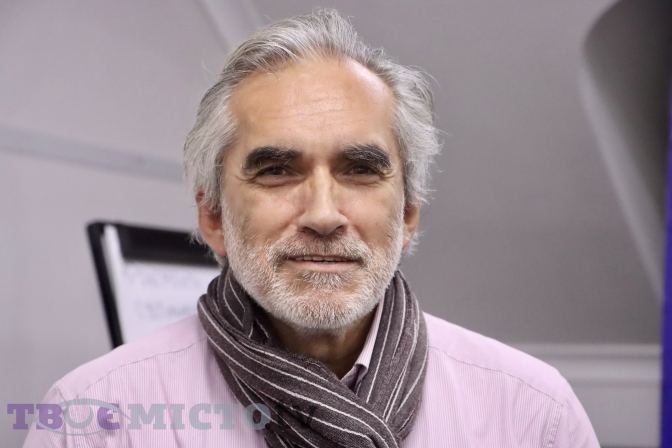 ‘The school teaches what we have today – the reality. Just like grass, trees and flowers, which were before. My thesis is that history happened, not «was». There is always a process of establishing something.

‘One of the key images in the book is the concept of folk and nation. Folk, meaning the people, is like thickets, and the nation is a garden or a park. For folks to become nations, there must be gardeners who cut the grass and look after the trees. This can be seen in how the Cossacks suddenly change from an ordinary military border formation into the quintessence of the Ukrainian nation. The Cossacks cannot be understood without the discovery of America. If Columbus had not discovered America, there would be no Ukraine.

«It is impossible to understand the history of Ukraine only from the local framework of Ukrainian history. Understanding comes only in the context of seeing part of world processes. That is why the title of the book is «Global Ukraine».

How does rethinking of history affects the present?

‘History should be rethought, because it is a living science. Science begins with a question. If there is no question, it is a set of facts, not a science. Chronicle or catalog – anything.

We need to rethink, because we have new questions all the time. The questions we ask ourselves now are different from the questions we had 100 years ago. At that time, the intelligentsia pondered how to build a Ukrainian state. Historians have tried to rethink Ukraine in order to make it a state.

«Now, we do not have this issue, because Ukraine has been existing for 30 years as a state. The challenge now is why Ukraine is not successful. Ukraine is a rich country of poor people. We have all the makings to be a great successful nation with a stable democracy, but we are de facto one of the poorest countries in Europe. My answer is that we did not think through the history. We will not reach the level of rethinking until we understand that history matters. To become a different nation, to be created as a nation, you need to rethink history. The book offers a way to think through the history of a kind of boxing hooks. It will not work in the usual ways, it must be a little shocking.’

What is the most valuable and interesting in the book?

«I wrote this book for 15 years – I received an order for this book in 2004, right after the Orange Revolution. If it weren’t for the coronavirus and the opportunity to sit at the table, I don’t know when I would have finished it.

«The most important thing in every book is to find the key, the image on which everything is imposed. For me personally, this book is valuable because of the image of Columbus. I suddenly realized how important these discoveries were. Now, I can say that this is a key event in history. This is the first time history has become global. Previously, the Aztecs did not know the Europeans, and the Europeans did not know them or Australia – everything was local.

«Columbus discovered America at the same time as the Ukrainian Cossacks appeared. As for me, the coincidence of these events is very important. Although at first they did not know about each other’s existence, and for 150 years, during the Bohdan Khmelnytsky uprising [in 1648 against Polish rule on Ukrainian lands – ed.], these worlds are getting closer to each other.

«The Spaniards read in the newspapers about the Khmelnytsky uprising, and the Cossacks smoked the tobacco brought by Columbus. We can recall the words of a famous Cossack song, where Petro Sahaidachny [a famous Ukrainian hetman who arranged several successful sea campaigns against the Ottoman empire in the beginning of the 17th century century – ed.] ‘exchanged a woman for tobacco and a pipe.’

«I want to show that Ukraine is the result of globalization, and globalization is under the slogan of the rise of Europe. America was not discovered by the Africans or the Chinese, who had a great chance to do so, but by Europe. The formation of Ukraine is largely associated with the spread of European civilization throughout the world: globalization, modernization and westernization.

«I think I am not the first scientist to try to prove that Ukraine is a modern product. Not eternal, as children are taught at our school, not from the Trypillia culture [which existed on Ukrainian lands between 6 and 3 millenia B.C. – ed.]. I consider the history of Ukraine through the history of modernization of Eastern Europe, analyzing successful and unsuccessful examples. For me, Russia is a bad example of modernization. There it led to tensions, losses, bloodshed and revolutions. Now, Russia continues to fail. Putin is a symbol of Russia’s failure. For me, it is important to show that Ukrainians, on the other hand, continue to modernize despite temporary setbacks. 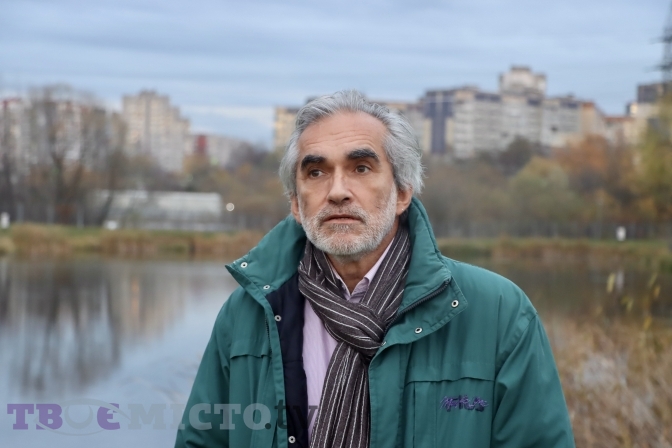 «In order for us to have something, something needs to happen. And for that you need to make an effort. Words about the eternal Ukrainian people, nightingale language, melodious singing are a set of beautiful phrases that mean little. Because, in fact, Ukraine is the product of great efforts of many people. We need to continue these efforts and analyze the problems so that we can realize them.»

Which current challenges are there in Ukrainian history?

«History must answer the questions that are relevant now. One of them is about the status of the Ukrainian language. It is worth looking at it historically and globally. I have dedicated one of the chapters in the book to this question. I also singled out the history of Ukrainian bread, song, border, and violence. These are all issues that continue to be relevant.

«All young states had problems that Ukraine has. It is very important. Therefore it is necessary to compare, rethink in the context of these new states. Israel and America initially had the same problems as Ukraine. We must learn how they came out of these problems and what conclusions Ukraine can draw from this.

«Ukrainians and Russians strongly disagree on their principle of political development. In Russia, the state, statehood is everything. The predominant history of Russia is the history of the ‘Russian state.’ Instead, in Ukraine it is always history from below, history of society. Cossacks, Magdeburg law, the Greek Catholic Church are all features of Ukrainian self-realization.

«I try to show in my book that economic problems cannot be solved by economic means alone. Economics is not Baron Munchausen, who can pull himself by his own hair out of the swamp. Economic change is related to political transformation. Deep political reforms are needed for economic success.»

What does the junction of civilizations mean?

«Ukraine is at the junction of two civilizations: Western Christian and Eastern Christian. This story begins with the adoption of Christianity from Byzantium. Since then, Russia has become part of Europe, a Christian civilization, and is beginning to keep pace with the rest of Europe. One of the reasons is Polish influences. Poland, as part of Catholic civilization, brought Europeanness to Ukrainian lands. Academician Ihor Shevchenko wrote: ‘The West came to Ukraine dressed in a Polish coat.’

«Certain things that we consider Polish are in fact pan-European. For example – the tradition of carols. This is a specific tradition of the West, which dates back to the Reformation, when uneducated believers tried to convey the main truths of the Gospel, including the story of the birth of Christ. Note that there are no Russian carols that they sing at Christmas: about the Virgin Mary, about Jesus Christ, about St. Joseph. Simultaneously, one of the famous Ukrainian carols has a Spanish melody. At one time it spread throughout Europe and came to Ukraine.

«We seem to be close to Russia and even a part of it, but we have other traditions. There were also Cossacks in Russia, but they never came into contact with the world of Columbus. It is difficult to cite the example of a Russian Cossack who knew Latin or Greek. Instead, the Ukrainian Cossacks, at least the hetmans, knew them. Khmelnytsky, Mazepa, Orlyk, and Rozumovsky spoke Latin. Stenka Razin did not know Latin. 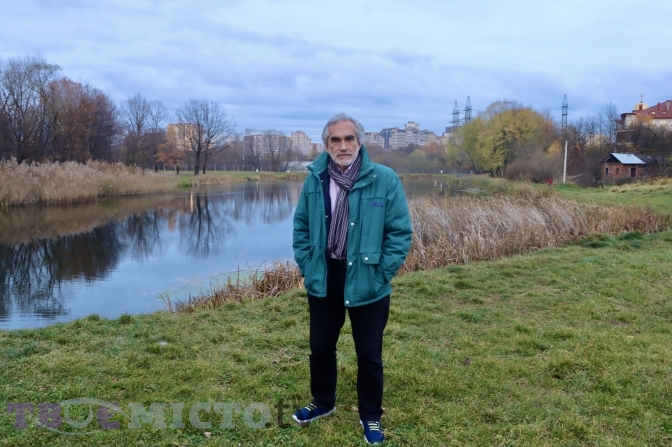 «This shows how different our history and tradition is, political in particular. In Europe, there is no deification of the ruler and the state itself. Whereas in Russia, the secretary general, the president, and the emperor are almost God.»

How to overcome the past?

«You can’t overcome the past once and for all, just as you can’t completely modernize. It’s like riding a bike when you have to turn constantly. Each generation has its own modernization. If it was a challenge for our predecessors to create a Ukrainian state, for us it was a challenge to make modernization successful. I assume that it will be important for our children and grandchildren to make Ukraine ecologically safe for life.

«Ukraine will be successful when it embarks on radical political reforms. Some of them have already been made. The key now is judicial reform. So far it is not possible, but at least Ukrainians are trying to do it.»