«Destroyed like Troy». How three families bought an abandoned palace and started to restore it

16:05 14 January 2022
Tweet
224 0
Ten kilometres from Stryi, one and a half hours of drive from Lviv, is an ancient palace surrounded by an arboretum in the village of Pidhirtsi. 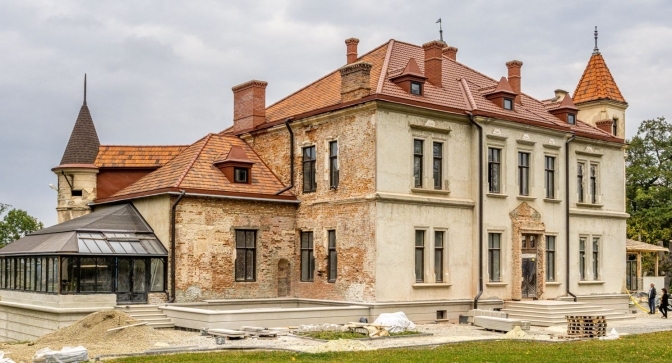 Abandoned in Soviet times and in the first years of independence, the Jablonowsky-Brunicky Palace is now undergoing a period of restoration. Three families bought and breathed new life into the building.

In the arboretum near the house you can see many valuable trees (including the five-stemmed 200-year old plane tree (Platanus), which has no analogues in Europe). The new owners not only renovate the palace, but also take care of rare trees, clean the area and invite guests.

Mykola Zakusov, a historian and director of the Verkhovyna Museum of Local Lore in Stryi, told Lviv Now that the palace is located in the oldest part of the village of Pidhirtsi, on a hill where archaeologists traced the horizons of the fortifications from the XIII century. 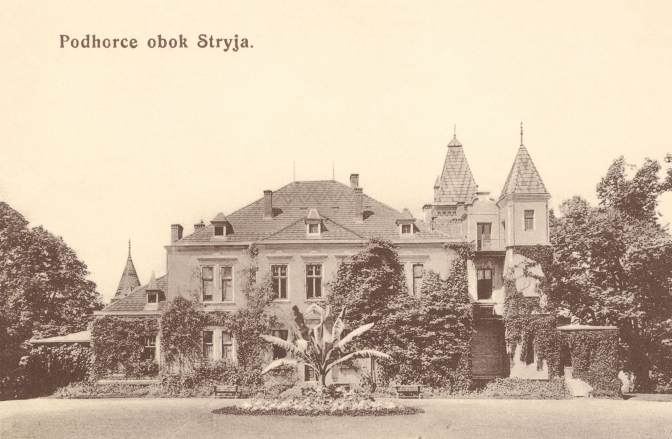 In the XVII century, these defensive fortifications lost their significance. Weapons began to develop, and everything started moving to another level. Stryi elders began to own private buildings. One of them was the future Polish King Jan III Sobieski. For many years, the Sobieski family owned all the estates, but failed to keep them in their hands and put them up for sale.

Read also: «A little Provence» near Lviv. A couple created a park of flowering plants close to the city

The Jablonowski family acquired the right of ownership. In 1734, the Polish magnate Józef-Alexander Jablonowski began work on the former defenses and restored the building for his first residence, using the artistic style of country houses in the countryside, aimed at comfort and solitude.

«Joseph Jablonowski was interested in astronomy, heraldry, had a large collection of books and paintings. He was also a great patron and just a successful man, but wanted to get away from the hustle and bustle of the city and settle in the countryside, for which he bought land and began construction,» – the historian narrates.

The palace with a library of 1,100 volumes and a gallery of hetman’s portraits, with brick filwarks and stables, fountains, cascades and a park decorated with sculptures, cost the prince almost 200,000 zlotys (the currency of Polish Commonwealth, state to which Western Ukraine belonged until the end of XVIII century). It was at this time that Józef Jablonowski laid the palace and park complex in Pidhirtsi. 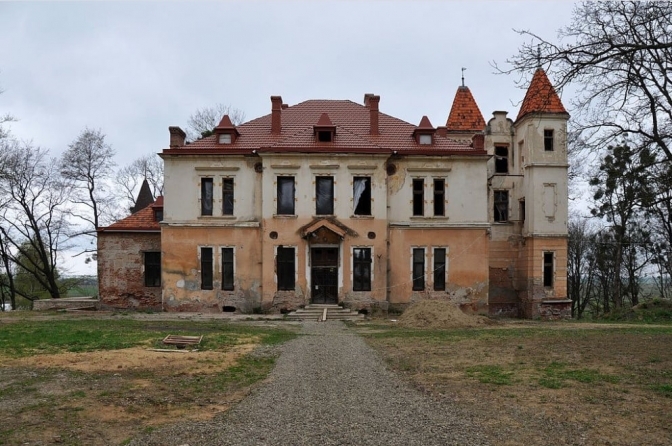 «Construction work lasted quite a long time – about 20 years. When Józef Jablonowski bought the estate, he wrote: «He bought an area that was destroyed, like Troy.» However, he managed to completely rebuild this palace. By the way, the aquarium with strange sea creatures served as a ceiling,» – Mykola Zakusov says.

In the future, the Polish magnate Josef handed over the estate to his brother, and he moved to Lipsk (now Leipzig in Germany), where he continued his successful career. However, the Jablonowski family soon sold the palace, and these estates stood empty for many years.

The family of the Brunitsky barons owned the park and the palace for the longest time. They took care of him for almost 150 years, passing from generation to generation. At the end of the XIX century, the palace acquired its accomplished look. Now, this building belongs to the style of historicism, three-story, surrounded by two towers. The palace had drainage, water supply and gasification systems. 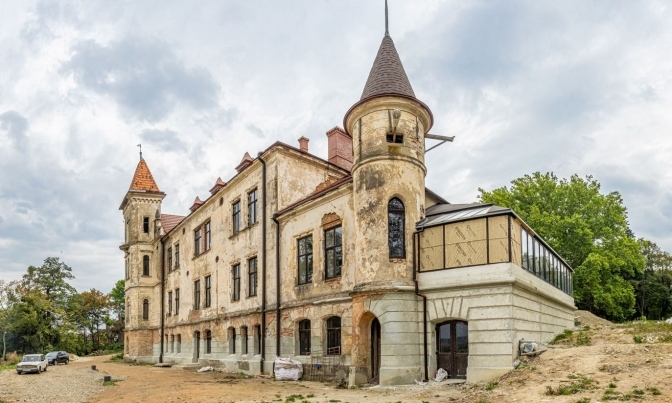 In 1939, with the advent of Soviet power and when the Brunitsky family had already left, the palace began to house agricultural machinery, later there was a boarding school, a fish farm. The palace was looted, some of the things fell into the hands of local residents.

The historian claims that years of mismanagement led to the desolation and destruction of the palace.

«Even during hostilities, the palace did not see such destruction as during the years of mismanagement. It suffered particular destruction in the first years of Ukraine’s independence,» – Mykola Zakusov continues.

According to the historian, the surviving basement is what makes him happy. There, you can still find the remains of utensils, furniture, books, postcards, as well as private correspondence dating back to the thirteenth century.

According to Vasyl Petryk, the head of Lviv regional department of cultural heritage and monument expert, the palace in Pidhirtsi does not have the status of a state monument. It is a monument of local significance, so it can be privatised. Initially, in the 90s, this was done by some owners, and later, in 2014, – by the others.

«The object is not included in the list of objects on which privatisation is prohibited. Hence, such objects can be privatized or sold at auction,» – Vasyl Petryk explains. 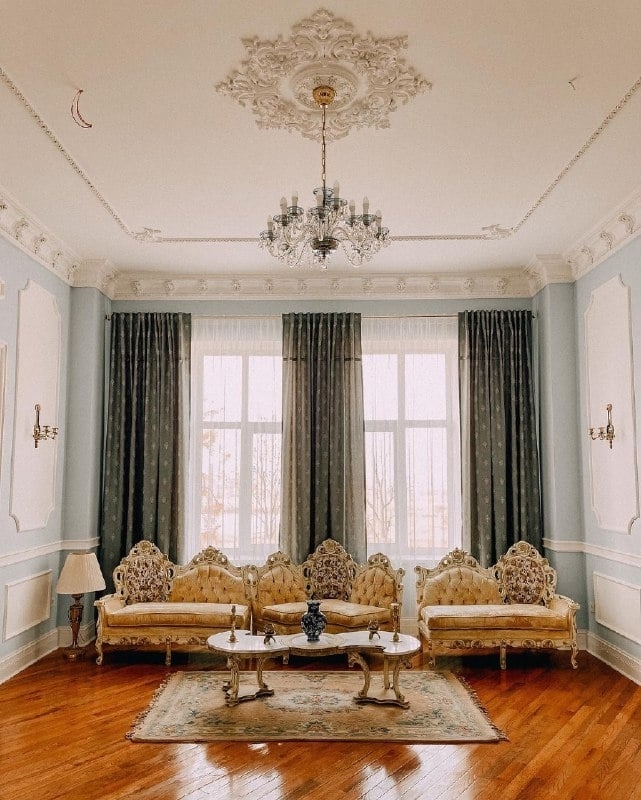 Now, the palace belongs to three families with surnames Herha, Bernyk, Onyshkevych. Two of them are residents of this village, the third family is from Lviv.

The owners do not want to disclose how much the palace cost them, as well as how much they spent on its reconstruction, but they are proud to have brought the historical monument to life. 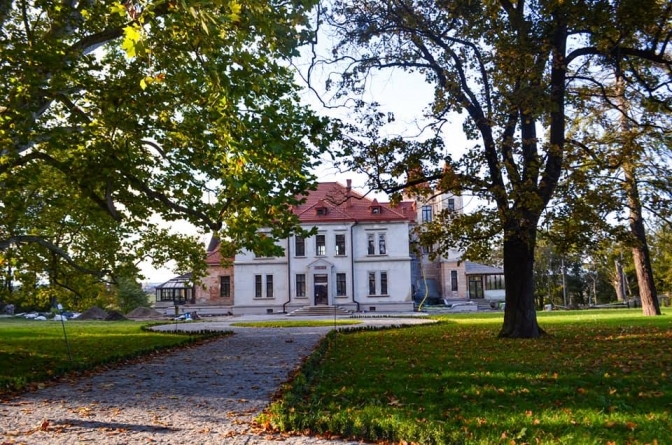 According to Svitlana Herha, the palace was significantly destroyed. She could not watch the monument fall into disrepair, so she began working to preserve and restore it.

«Although the palace was privately owned before our acquisition, it was in poor condition – just ruins. There were no windows or doors, the roof collapsed, the wooden beams were destroyed, there were almost no ceilings between the floors, and three-metre trees grew on the roof, which we uprooted. Fungus is everywhere. There used to be a fish farm here, where fry were raised,» – says Svitlana Herha says.

Now, the palace has a completely different look. The roof, ceiling, two side towers and terraces have already been repaired here, together with strengthening the walls and reconstructing of some rooms. 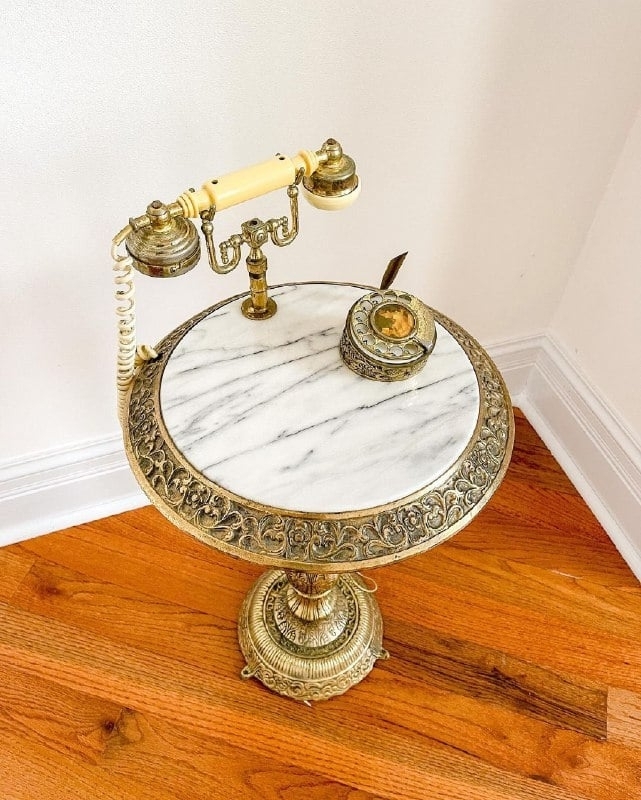 Frankly speaking, only the basement was completely restored. So there is still a lot of work ahead. Svitlana Herha notes that, despite this, it is a real palace with renovation, luxurious interior and furniture. 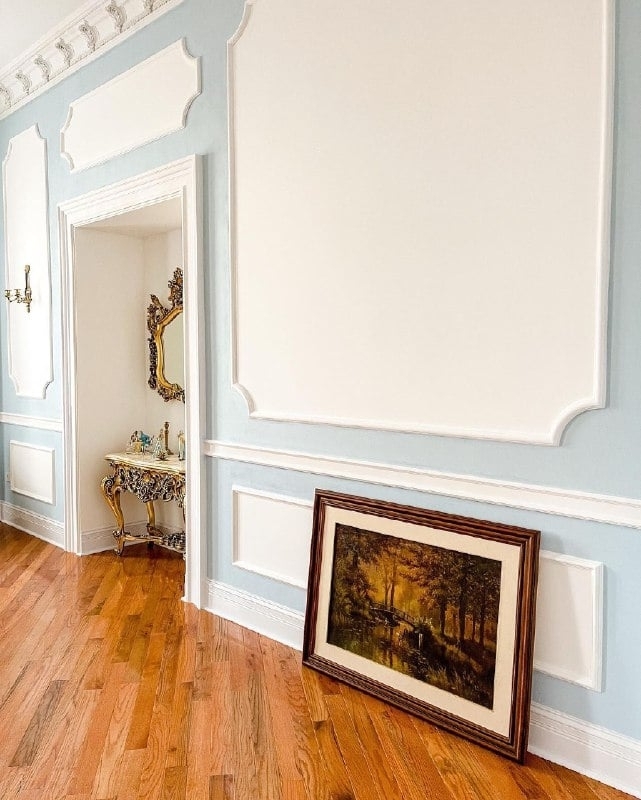 «The palace is built quite interestingly – on the slope. If you look from the main entrance, you can see two floors, and from behind the house – three. It was there that the renovation of the basement was completed, where two rooms for inspection and photo sessions were opened. In total, the palace has more than 60 rooms. There is still a lot of work to be done, we will do everything gradually,» – the interlocutor assures. 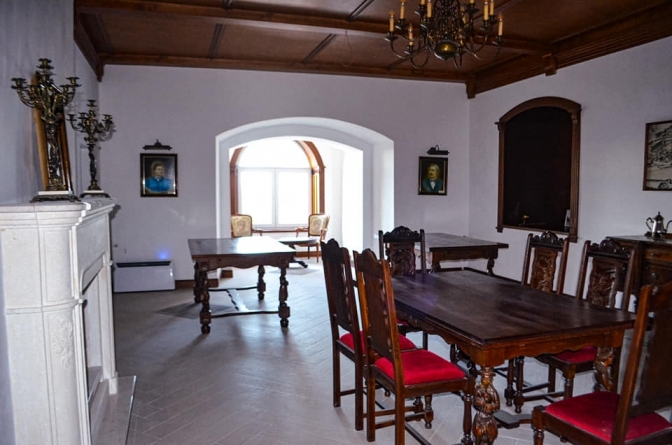 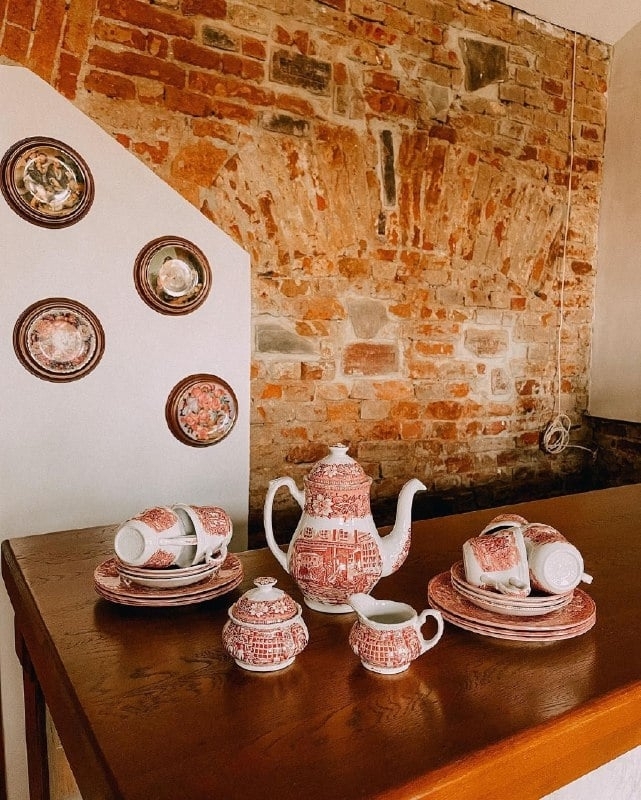 According to her, they are trying to restore the initial interior and life. To do this, the owners themselves buy things in antique markets and shops. The locals bring something as well. 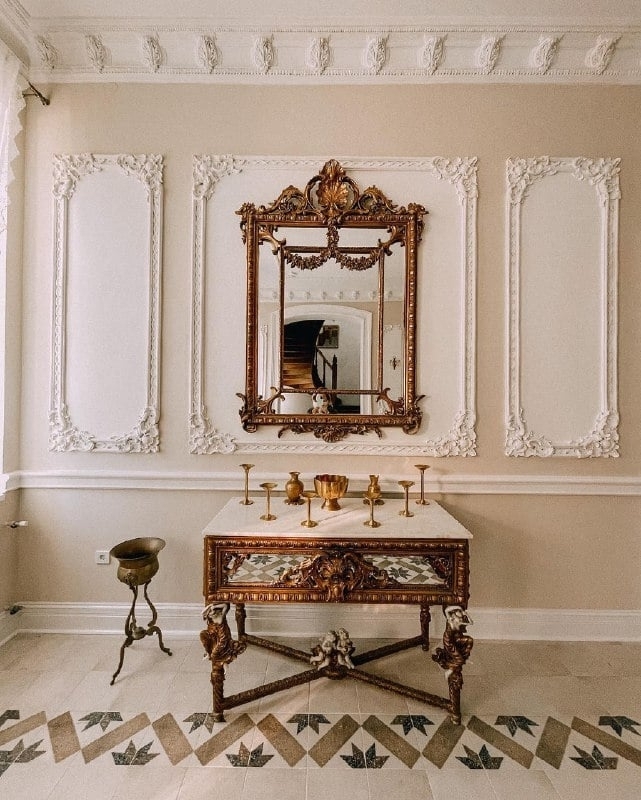 «We try to keep the authentic look as much as possible. But there is a problem: if the appearance can be reproduced in the photo, we have no idea of ​​how the palace looked inside. That is, there are no photos of the interior of the palace. We try to replicate and borrow the interior from other Lviv or foreign palaces,» – Svitlana Herha says.

Park with a unique plane tree

The co-owner of the Pidhirtsi Palace admits that when buying it, they were more interested with the arboretum located nearby than the premises themselves. The arboretum truly unique here, while it’s not only a monument of landscape art of the XVIII century – it grows rare species of trees. 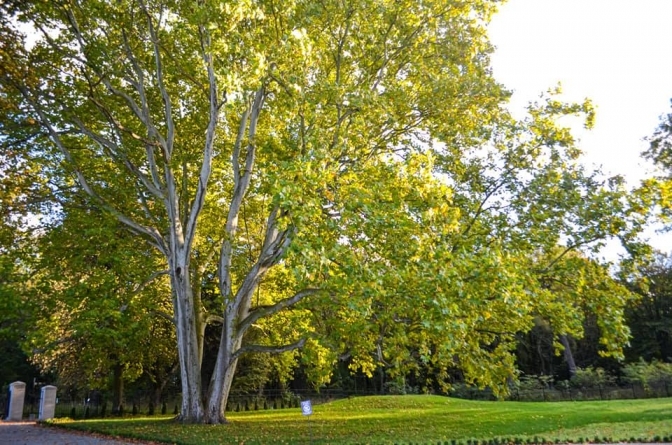 The arboretum itself covers an area of ​​more than 8 hectares and is located around the palace. There is a hornbeam alley, preserved old stairs, a summer rotunda, as well as a pond. In the park itself, there are rare plants, beeches, maples, larch, firs, plane trees, as well as trees, which do not seem to be suitable for our climate. 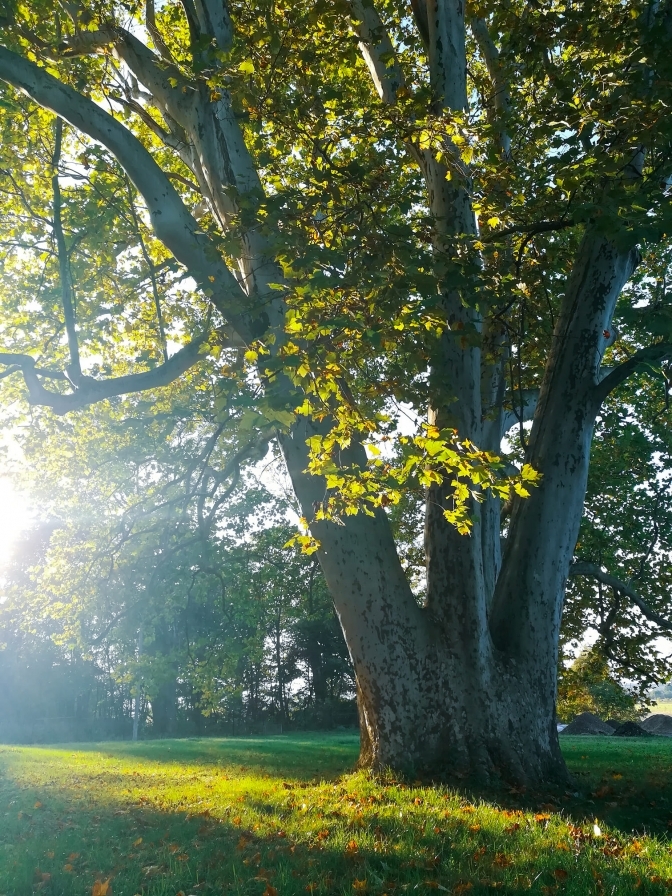 Our plane tree is unique: it is the largest tree that has no analogues in Europe. It has five trunks and is more than 200 years old,» – Svatlana Herha says.

Read also: Where to go from Lviv for a weekend? Visit Ivan Franko’s manor 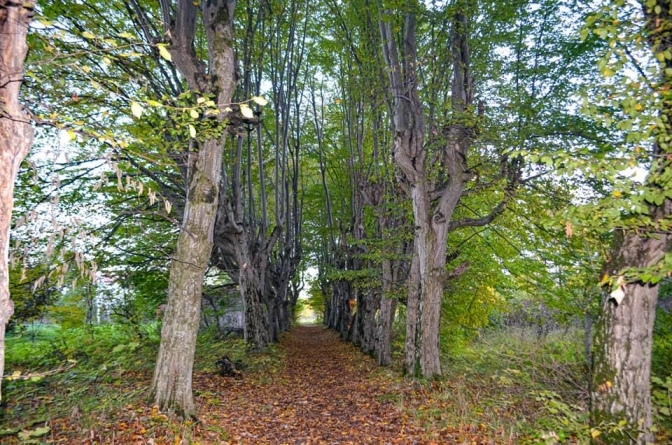 According to Mykola Zakusov, the arboretum, unlike the palace, is a monument of national importance. Plantations in different years were brought here from many parts of the world. In particular, one of the Brunitsky barons was engaged in fruit trees and planted them in Pidhirtsi.

Twice a year, the Environment Days are held here to clean up the park. This spring, the palace owners plan to organize an action to restore the plantations and dedicate it to planting magnolias.

The palace is already waiting for visitors 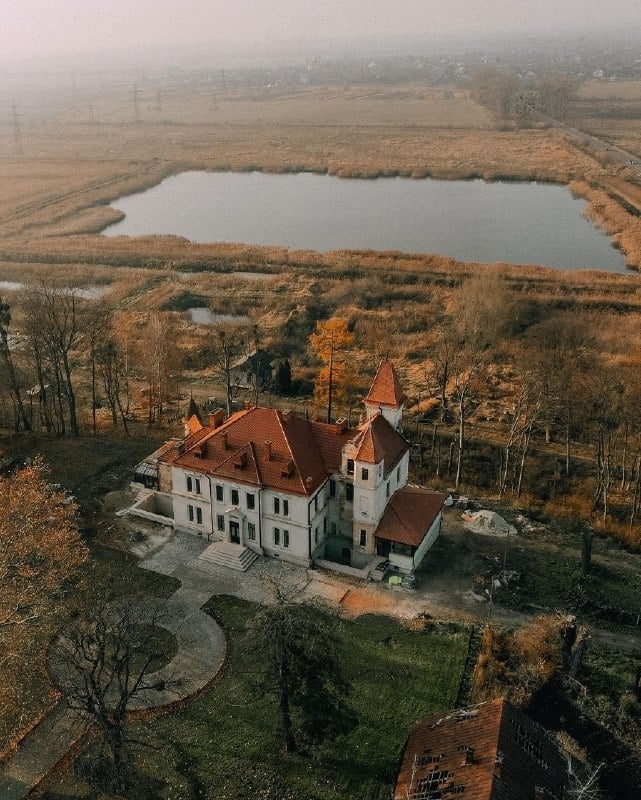 According to Svitlana Herha, there is no fixed price for the entrance to the palace – you can make a donation in a box at the entrance. They can also take a tour here, and funds for this service will be directed to the arrangement of the park.