Disposable tableware made of coffee. Entrepreneurs from Sumy moved to Lviv – together with their experiment

16:34 09 August 2022
Tweet
279 0
Following the restriction on the plastic use in the EU states, the innovators hope for the same step to be taken in Ukraine, which would create a niche for their product. 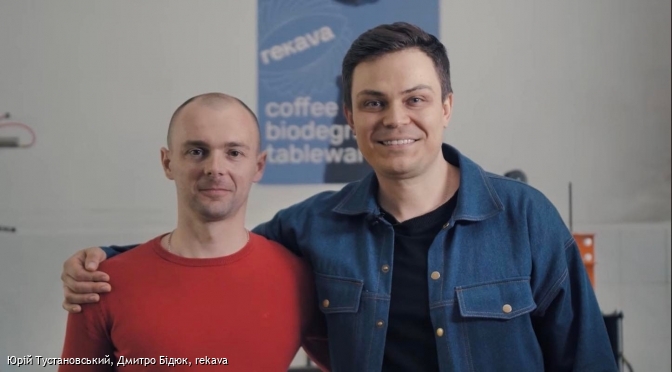 Yurii Tustanovskyi and Dmytro Bidyuk are two innovative entrepreneurs. Two years ago in Sumy, a regional centre in the north of Ukraine, they started to create their experimental business for the production of disposable tableware and candles from coffee grounds. With the beginning of the Russian invasion, which affected their city among the first, they moved to Lviv. In our interview, the men narrated how they came up with the idea of ​​making special dishes, what kind of production technology it uses, and what challenges are associated with it.

Entrepreneurs relocated their business to the territory of one Lviv plant, access to which is now limited. Yurii himself calls his business «laboratory» or «craft». The guys are still far from large production lines but are already using coffee grounds to produce disposable tableware, candles and flower pots.

«It all started with dishes. Just disposable biodegradable cups. In order to make them not in such a craft format, but a little more, a completely different type and cost of equipment is needed. So far, unfortunately, we cannot afford it, so we thought about the fact that we still need to take actual products. This is where the concept of pots for plants from used coffee beans and candles came from,» – says Yurii Tustanovskyi. 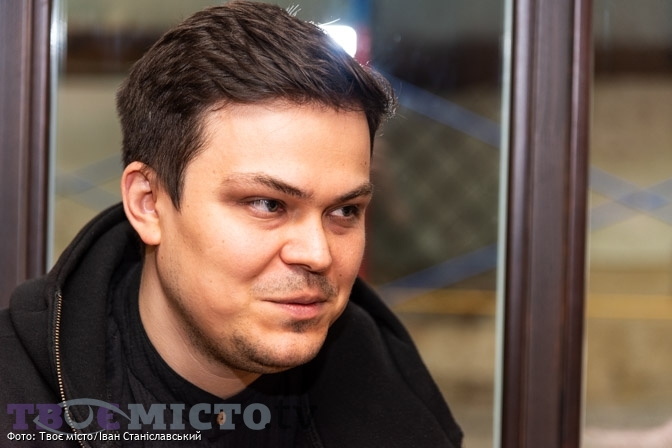 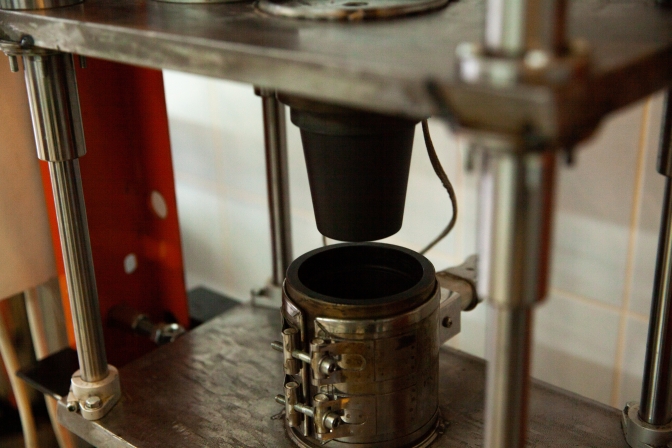 Read also: Coffee with soul and cardamon. The story of a Kherson man who makes coffee in the Lviv park

Currently, the equipment allows entrepreneurs to make hundreds of disposable tableware products, a thousand or two plant pots and several thousand candles. In order to make a ready-made product from coffee grounds, it is enough to take and press it, Yurii describes the process.

«We have a full range of laboratory-type equipment for micro-manufacturing all of our products. There is quite specific complex equipment with certain processes. It’s not just taking the coffee grounds and pressing them. It is necessary to drain, clean, carry out a certain extraction process. This equipment allows us to make hundreds of disposable tableware products, a thousand or two plant pots and several thousand candles. These are our current capabilities,» – Yurii narrates.

«In addition to coffee grounds, we also experiment and add, for example, egg shells or cereal waste, even exotic ones. Coffee grounds are one of the ingredients. It has long been discussed in scientific circles as a potential raw material, which is generated in huge quantities. It is available, and unfortunately, ends up thrown away in most cases,» – he says. 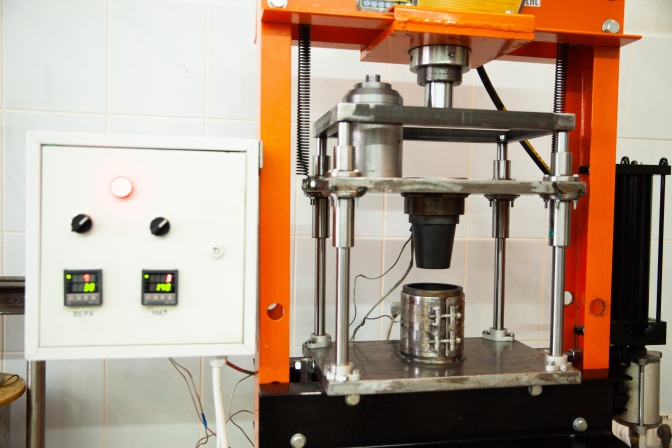 People like to drink coffee and consume it in astronomical quantities, especially in Lviv, but the entire coffee grounds are often simply thrown away as «waste». 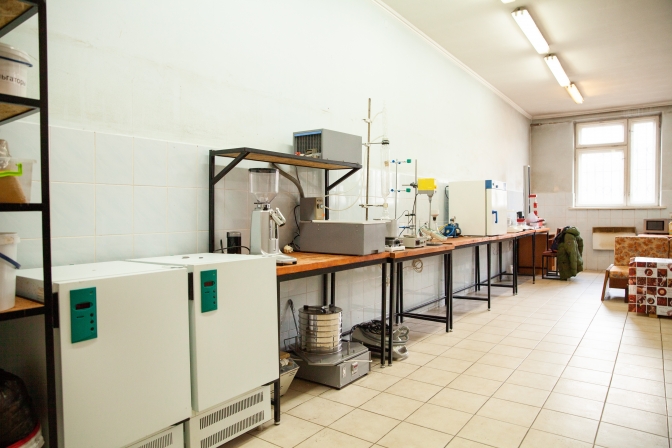 Paper cups are an illusion of environmental friendliness, as there is a plastic component in their middle, Yurii explains. If a paper cup is sold for three hryvnias for an institution, then coffee grounds are twice as expensive, because it’s an eco-product.

«Paper cups are an illusion because they contain a plastic film inside that keeps the boiling water. Therefore, when such a glass ends up in a landfill, the paper rots, and the plastic remains. Our glass cannot be cheaper than a paper one, because it is impossible from the point of view of technology.

It’s a misconception that our glass is ten times more expensive. If you take a paper one, which is sold for three hryvnias for an institution, then ours would be sold, depending on the volume, for five or six hryvnias. This is not 20 or 30 hryvnias. Yes, it is more expensive, but you understand what you are paying for,» – Yurii explains. 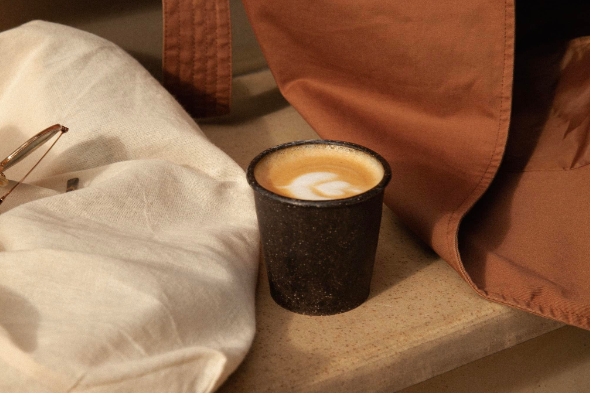 Entrepreneurs work for the future. A year ago, the European Union banned the use of plastic in any form. Since Ukraine has been given the status of a candidate for EU membership, the men expect that such rules will soon be implemented here as well.

«This is work for the future, because from July 1, 2021, the use of single-use plastic was banned in the EU, so their coffee shops, whether they want it or not, are obliged to choose a contractor who will sell them plastic-free cups. I believe that Ukraine will eventually come to this as well, because this is right. After all, we have already banned plastic bags,» – Yurii says.

The innovators hope to establish and expand their production in Lviv, to hire two more employees in their four-person team. Yurii says that about 40 coffee shops from all over Ukraine have already shown interest in their products. 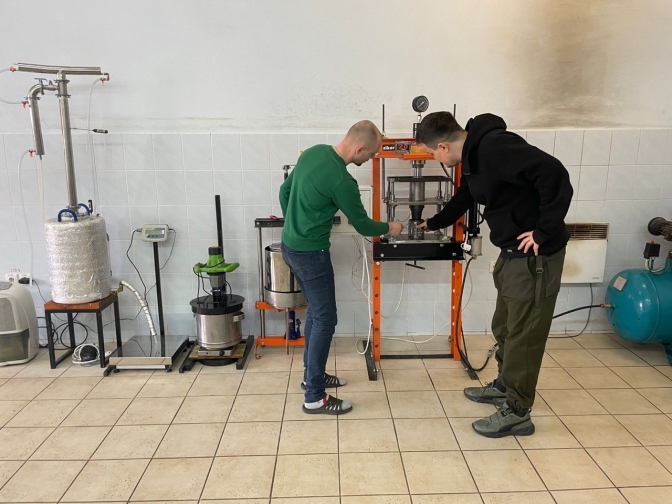 Finding working equipment now is a challenge. In addition to buying a new one, sometimes entrepreneurs look for similar machines on OLX and adapt them, order them in other cities. They say the equipment producers from Ukraine cannot withstand competition with imported units, so they may simply go bankrupt.

«In order to make tableware on a large scale, we need equipment. Even before the war, we looked for it in Ukraine. One producer was in Dnipro, the other one in Melitopol, but he brought everything to Ivano-Frankivsk. In my understanding, at this stage, the state should connect us all, as we are those who want to create a business, buying equipment from Ukrainian manufacturer. Now, unfortunately, there is a problem with this, that imports from abroad are simply totally falling apart, and sellers of Ukrainian equipment often lose competition with foreign manufacturers,» – says Yurii.

The entrepreneur cites the example that in the West, there are state support systems for non-traditional experimental businesses, which is lacking in Ukraine.

«Abroad, a certain system of startups, financing, rounds, evaluations, and the right to make mistakes has been created for such non-traditional risky businesses. This culture is just being formed in our country, because everything is specifically related to IT, and it is very difficult for other areas. Therefore, as soon as a grant appears, a competition or an investment company considers something other than IT, we immediately apply. Before the full-scale aggression of Russia, the Ukrainian startup fund financed such initiatives, but this is almost the only precedent on the Ukrainian market, so we will apply there when they resume work,» – says Yurii. 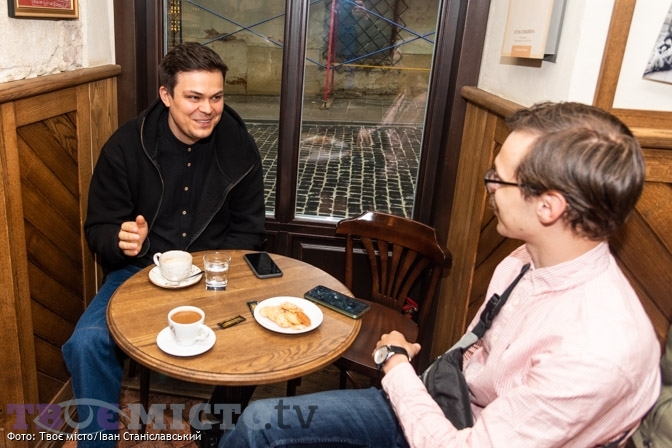 The problem is also with payment systems, because national regulators introduce an additional fee for their use, which companies do not agree to.

«There is such a marketplace Etsy – it’s like Rozetka or Amazon, but aimed at producers of craft products. For makers who manufacture anything from a table to a candle. It is a super-popular site in the West that covers micro-businesses from all over the world. The average Ukrainian manufacturer cannot use this to sell their product there, because Easy launched a thing called Etsy Pay – if you want to sell, you have to sign up for their system and pay a certain commission for it.

This is where our regulators appear – the National Bank, the Ministry of Economy, who, due to legal restrictions, do not agree to let us work with this Etsy Pay. As a result, this store banned the registration of sellers from Ukraine a year before the war. But when it was still working, Ukraine was listed in the top ten most active sellers from around the world. This means that people received income, including self-employed people who worked from home,» – says the entrepreneur.