During the war, all masks were taken off, all traitors were exposed – Head of the Ukrainian Greek Catholic Church 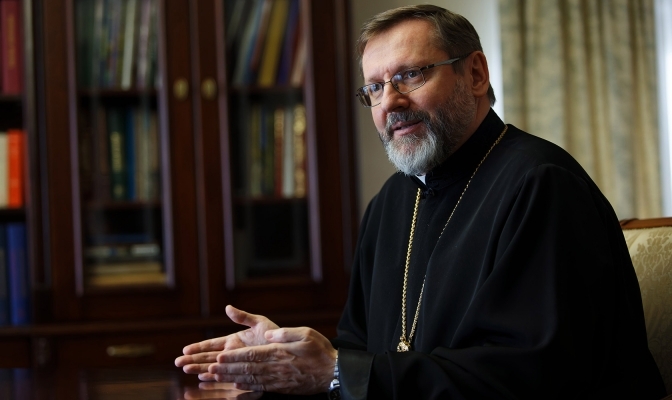 Father and Head of the Ukrainian Greek-Catholic Church, His Beatitude Sviatoslav, assures that during the war all masks were torn off, all traitors were unmasked. When there is a war outside, when the people are going through such tragic circumstances, then it really turns out who is who. He said this in the «Open Church» program.

«But the whole depth of the heart of every good person was revealed. Then it was really possible to see who loves Ukraine, whether it is only good slogans, good words, only political ambitions or true love for our Motherland, which we live by every day,» – His Beatitude Sviatoslav emphasizes.

Read also: ​​«First, they must stop killing us.» the leader of Ukrainian Greek Catholics on the question of reconciliation

He convinces that regardless of whether there is war or peace, we must be Christians, be merciful. Doing acts of mercy to those in need is something that is at the heart of the Christian faith.

«We not only believe in God’s mercy, but are also its bearers. Therefore, if someone calls himself a Christian, but during the war, he closes his heart to people in need, he is not moved by the footage of broken homes, wounded people, millions of refugees, then his Christianity is superficial, inauthentic,» – the Primate added.

We will remind you that the bishops of the Synod of Bishops of the Ukrainian Greek Catholic Church in Ukraine addressed the words of support and gratitude to the Ukrainian people and defenders of Ukraine, who are resisting evil on a global scale. In the appeal, the bishops called on the Russian invaders to repent and lay down their arms.