19:16 21 November 2022
Tweet
515 0
We republish our last year's story about the earlier crimes of the Kremlin against Ukraine. Mass deportations happened seventy years ago, ordered by the Soviet government. Now, they happen again following Putin's orders... 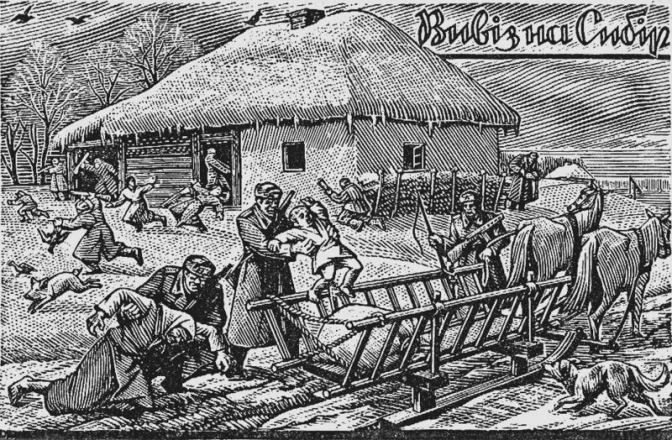 5 December 1951: Soviet officials knocked on the doors, where the seventh form of a village school near Mostyska in the Lviv region was having a physics lesson. Thirteen-year-old Daria Hermak and sisters Ivanka and Anelya Tyrus were taken from the school desk for questioning. The schoolgirls were exposed to the state by a teacher who found agitation leaflets in Daria’s bag. For three years before the arrest, the girl had been a liaison of the Ukrainian Insurgent Army that resisted the Soviet regime.

After the questioning, the schoolgirl was taken to a prison in Drohobych, later transferred to Sambir, and later to a transit prison in Lviv. Finally, she was brought to a labor colony in Tutaev, before she ended up in Kineshma (both of these towns are located in Russia, about 300-400 km from Moscow). There, Daria experienced two attempts to kill her. For the locals, she was a fascist. «They had to shoot her. Why was she sent here?» – the girl remembered the words of her cellmates for the rest of her life. She had to spend ten years at that places, but thanks to the help of women from the Baltics, was released eight years later.

Daria Hermak is one of thousands of Ukrainians whose childhood was interrupted by repressions of the Soviet regime. Dozens of such stories were collected within the framework of the international project «Lost Childhood» by employees of the Memorial Museum of Totalitarian Regimes «Territory of Terror« in Lviv, together with the Czech NGO «Post Bellum« with the support of the European Union. You can get acquainted with them these days at the street exhibition on the square near the museum.

Hostages of the situation

Organizers of the project say that, although each story is special, all the heroes of the exhibition in their own way suffered the trauma of «lost childhood» and were deprived of the opportunity to «normal» adulthood.

«We focus on children as objects of Nazi and Soviet mass violence. One of its largest manifestations was the deportation carried out in the postwar period by the Soviet authorities in the context of the struggle against the insurgent movement in Western Ukraine. The Soviet government applied the principle of collective (joint and several) responsibility, according to which it repressed the whole family. If at least one member of the family had anything to do with the underground [resistance], the whole family became a kind of hostage of the Soviet regime,» – Oleksandr Pahirya, a Ukrainian scholar and candidate of historical sciences explained to Lviv Now.

Such forced deportations were part of the day-to-day activities of the repressive authorities. The most massive deportation was Operation «Zapad» («west» in Russian), carried out by the Soviet authorities in Western Ukraine in 1947. At that time, during one day, about 78 thousand Ukrainians were deported to Kazakhstan and remote areas of Siberia. However, the process began in 1944.

«Directives at the time already targeted repressive authorities to gather information about families who supported the underground or were somehow involved in the struggle [against the regime]. The lists included all family members: women, the elderly, and, in particular, children. These deportations were clearly female in nature: half of the evicted contingent were women. Children were in the second position,» – Oleksandr Pahirya emphasizes.

According to the historian, today, there is no complete statistical picture of age categories, but the data on the same operation «Zapad» are indicative. Then, 31,086 children aged 12 and older were evicted. This accounted for 27% of the total contingent of deportees.

«Children became a kind of side victim of Soviet repression, although they were not involved in anti-Soviet activities or struggle. In total, in the post-war period from 1944 to 1953, more than 210,000 people were forcibly evicted from the western regions of Ukraine,» – Oleksandr Pahirya says.

The injuries faced by the repressed were previously mostly discussed in a narrow circle: with the family, with those who were also deported. Oleksandr Pahirya calls the interviews conducted within the project a very delicate matter, similar to the work of a neurosurgeon, because it’s about suffering, pain, loss. Many narrators did not hold back tears during the conversation.

Deportation could be done more than once

When Stepan Prytula was eleven, his family was deported from Lubaczów County, Poland, to the village of Rodatychi in the Horodok region of Lviv Oblast. Sister Kateryna was arrested and sent to serve her sentence in Magadan, and her father was sent to a labor camp in the Kemerovo region of Russia. 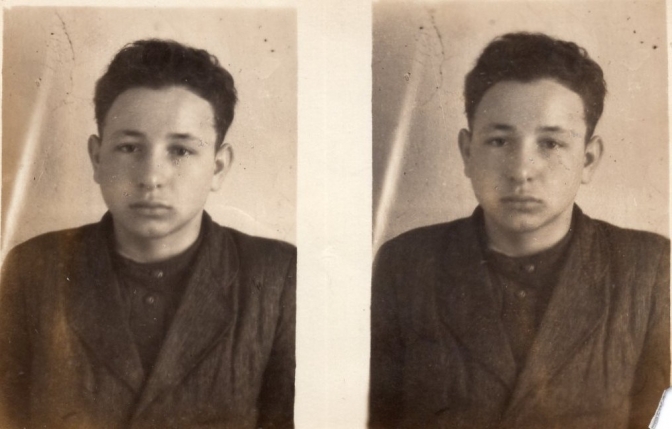 The ordeal for the family did not end there: in 1947, two years after the first eviction, Stepan with his mother and family were deported again. This time – in a mining settlement in the Kemerovo region. Here, a man in his spare time engaged in photography. His photographs are about the daily life and celebrations of the inhabitants of the settlement near the «Yuzhnaya mine», close to the town of Prokopyevsk. The Rodatychi family managed to return in 1961. 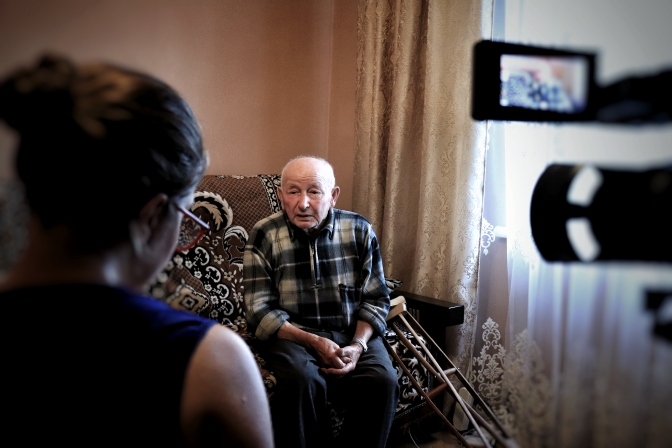 Persecuted for their faith

Oleksandra Krypyakevych’s father, Artemiy Tsehelsky, was ordained by Andrei Sheptytsky, the most honoured Metropolitan of the Ukrainian Greek Catholic Church (UGCC), which at that time was prohibited in the Soviet Union. Being the priest, Artemiy had a parish in Stryi, and later in Lviv. After the advent of Soviet power, he refused to convert to Orthodoxy [The authorities organised a church «pseudo-council», which stated that the Ukrainian Greek Catholic Church willingly joins the Russian Orthodox Church, though it was held against the cannons and opposed by most of the UGCC priests, who continued to serve their confession illegally]. In January 1946, NKVD officers arrested his father for this and sentenced him to five years. 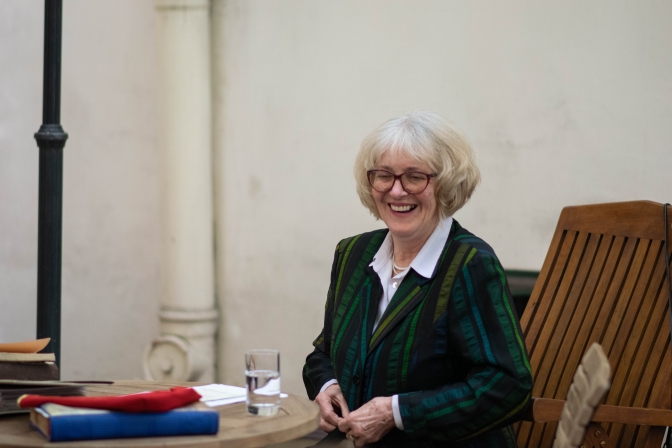 Three years later, Oleksandr’s mother was also arrested. She was detained in Lontsky Prison for three months. The grandmother took care of three children. Later, in 1950, the year after her mother’s arrest, Soviet soldiers knocked on her house to deport the whole family to Siberia.

«Belonging to the family of a repressed priest was considered the basis for the collective punishment of all family members, even the youngest of them. In fact, Lesya Krypyakevych described very conceptually that the stress, the losses, the fears that she had to live at a young age, affected all later life and actually deprived her of her childhood,» – Oleksandr Pahirya narrates.

A similar fate befell the family of Iryna (Orysa) Lashchevska, in her virginity Lukashevych. When the natives of Pustomyty were only four years old, her older brothers were arrested on charges of murdering communist writer Yaroslav Halan. Soviet special services also found Iryna’s father, Greek Catholic priest Denis Lukashevich, guilty and sentenced to 25 years in prison camps. His wife and children were deported to Khabarovsk Krai in Russia.

«The family was able to reunite seven years after his father’s arrest, in 1956, but not for long. Father Denis Lukashevich was later re-arrested in the case of Galan’s murder and sent to a camp in Vorkuta. He managed to return to his native land only in 1976. Iryna is convinced that the murder was the work of the Soviet secret services themselves, and that the family was unfairly blamed for the writer’s death,» the historian said.

More stories can later be read on the portal «Lost Childhood», work on which has already begun. It is planned to place 30 testimonies of people who were repressed at a young age.