16:30 14 January 2022
Tweet
377 0
Restaurants with local cuisine are closing in Lviv; the legendary «Gvara» is one of the recent examples. Trends in the restaurant business are changing, and niche restaurants with local authentic dishes are becoming rarer. Instead, large corporations with well-known products, burgers, pizza, and kebabs enter the market. Lviv Now found out whether it is profitable to open kebab outlets in Lviv and why street food is displacing local cuisine. 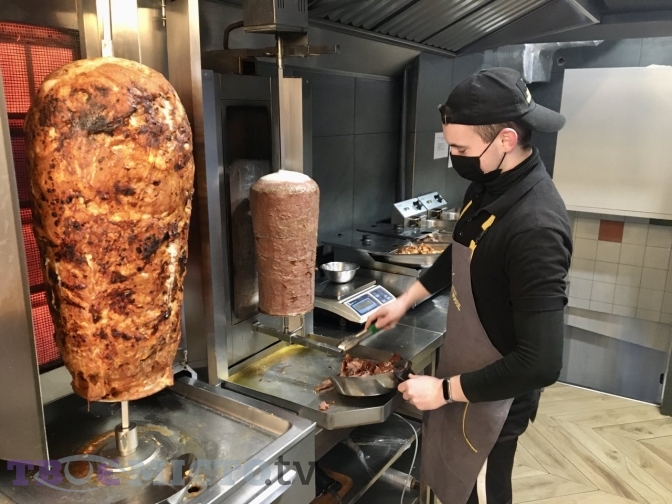 Kebabs are in trend

«When was the last time you ate kebabs?» – a salesman in a small establishment on Kostiushka street asks me. «Now I’m going to make you something you’ve never tasted before,» – he says. Here, at Best Kebab, Mr. Yurii prepares kebab and manages the business himself.

It has been four years since he opened his own establishment. Due to the pandemic, he says, the number of visitors has significantly decreased. Regular customers come most often, some even with the families. 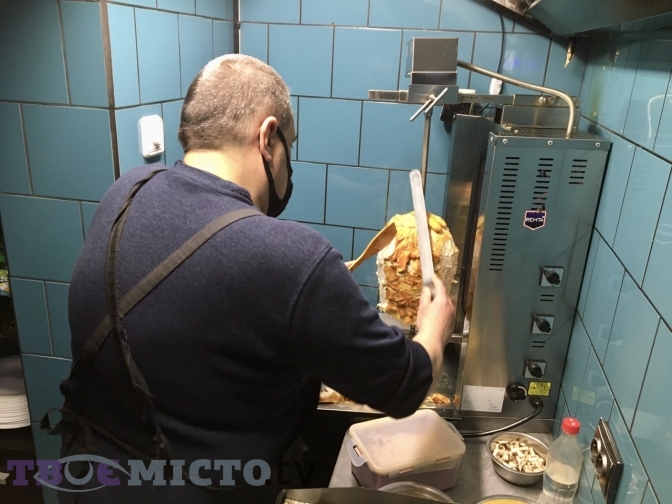 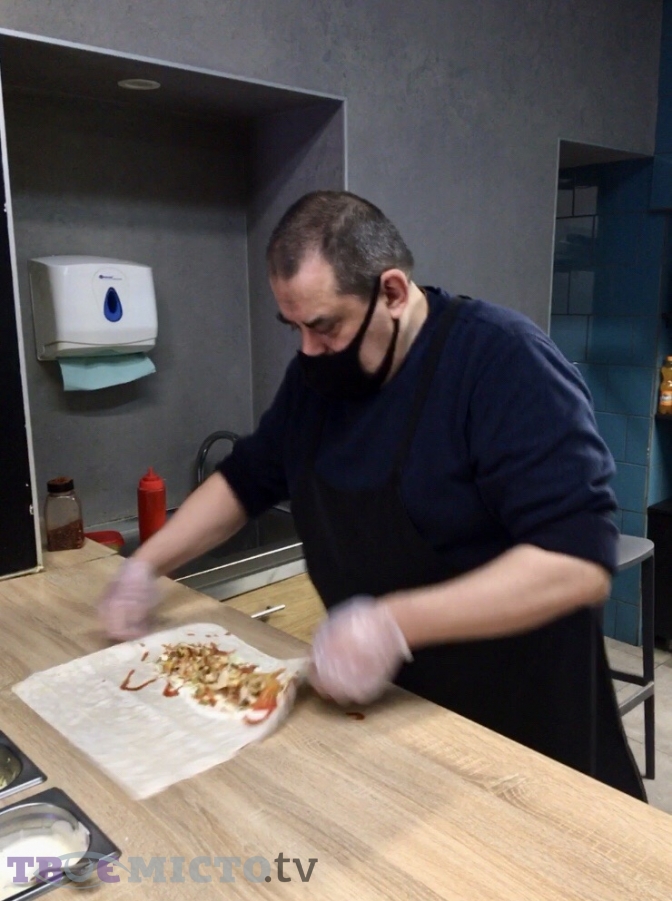 Read also: Guide to the cuisine of Ukrainian Galicia

«Previously, almost 60% of visitors were students. Now, this number has decreased. Sometimes, three or four people can come in a day. In general, our place is not, as they say, passable. The centre is visited more often, and there is no powerful advertising in our case. Earlier, an institution opened near us, but it is no longer working. Nearby, on the other hand, a kiosk was opening, but it also closed. Probably, there is something in it: while someone is working, others are closing…» – Yurii Stasiuk thinks.

In the first two years, the man worked seven days a week, resting except for Christmas and Easter. He also had employees, but due to the pandemic, he had to optimize the work.

As wages have now fallen, utilities have risen in price, as the rent for the premises did, he prefers to do everything himself, so refuses the proposed franchises.

«Now, there are a lot of franchises, just pay the money, and everything will be brought to you, everything will be given. I refused. I buy meat myself, I marinate it myself, I see what I cook from. By the way, my kebab prices are 20% lower [from UAH 65 to UAH 90] than in other similar establishments in the city. It all depends on the size and content – someone takes cheese [kebab], someone – the vegan one, someone tastes with meat, the other – without meat, but with vegetables. You can also choose a sauce. Do you know which kebabs others usually offer? In three sizes, that’s all,» – the owner of the establishment says.

There are few places like «Best Kebab» in Lviv. Most street food establishments are networked. In general, if you walk the streets in the city centre, you can count at least two dozen places where you will be offered kebabs, shawarma, and more. For the experiment, we visited several such establishments – in addition to «Best Kebab», we were in «Kebab House», «I love kebab», «Tomash Kebab», «Kebab Chef», «Doner Lab». Some of them form a network of two to five locations, and there are some that have almost 20 spots in the city. 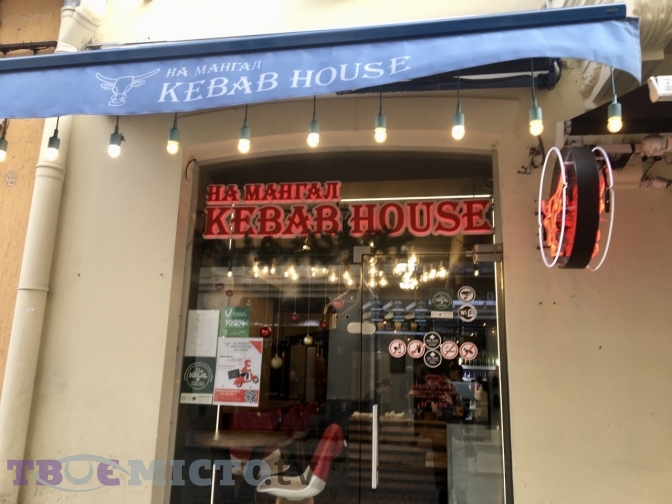 By noon, these establishments have quite a few visitors. Usually, they come closer to lunch or in the evening. Waiters of «Kebab House», located on Halytska street, say they had a lot of orders for the holidays: the number has almost doubled. The most popular kebabs with chicken, veal or mixed, the cost of which is 80-95 UAH. In general, the average price of kebabs is from 70 to 100 hryvnias. 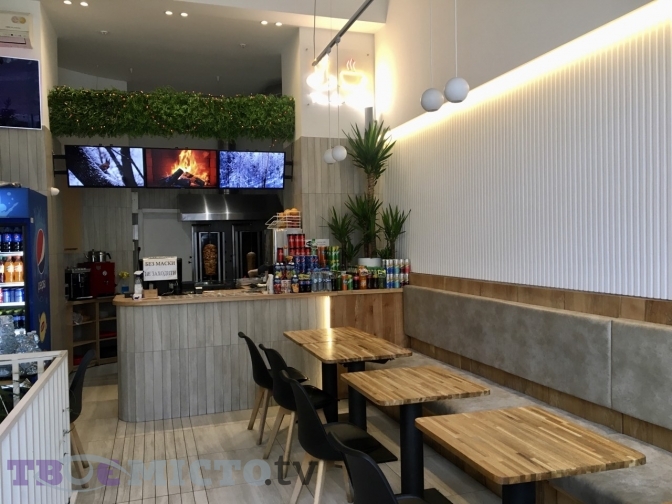 According to the network’s owner Artem Ostafiychuk, even a considerable influx of customers during the holidays will not cover the earnings that were last fall. Over the past few years, the number of orders has decreased significantly, but, in his opinion, the demand for street food will continue for a long time.

«The last few years have been a pretty good trend for kebabs. Whereas in 2017-2018, the burger was popular. In addition, we did not take the classic Turkish doner kebab to sell it in Ukraine – without sauces, with french fries inside. [Instead,] we have adapted this concept to the wishes of our customers. I think street food will be popular for a long time to come because there are students who will always consume it,» – he explains.

The owner of «Kebab House» notes that almost a year ago, he «shot» the active sale of franchises in the market. One of the leaders in this matter in Western Ukraine is the network «I love kebab». And although there are many such institutions, the quality of services, according to customer reviews, is different in each of them. 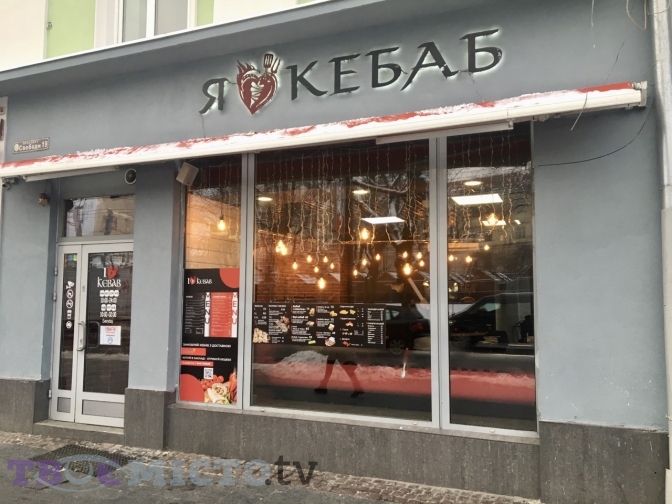 The first and most famous location of this network in Lviv is the one on Svobody Avenue in the city centre. In total, there are about twenty «I love kebab» establishments in Lviv, and several more are due to open by the end of January. Generally in Ukraine, just during last year, twenty new points appeared. Their representatives say the pandemic did not hinder development. The number of visitors also did not decrease. The difference was noticeable only when there was a strict quarantine, but at that time, the delivery was more active. 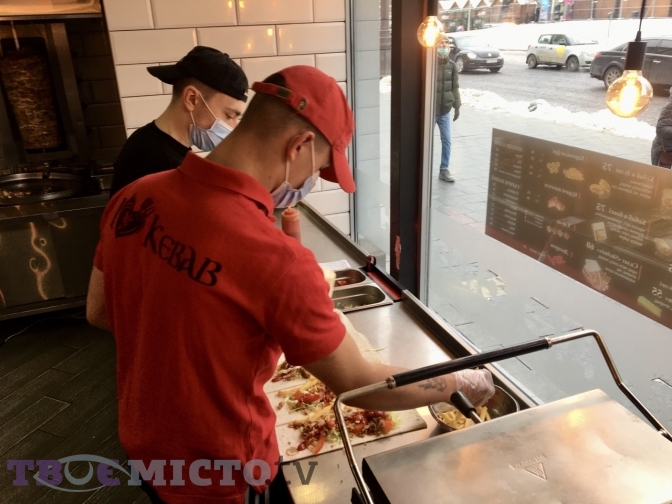 There is another network actively expanding thanks to the franchise – «Kebab Chef». This is evidenced by an advertising sign inside the institution. 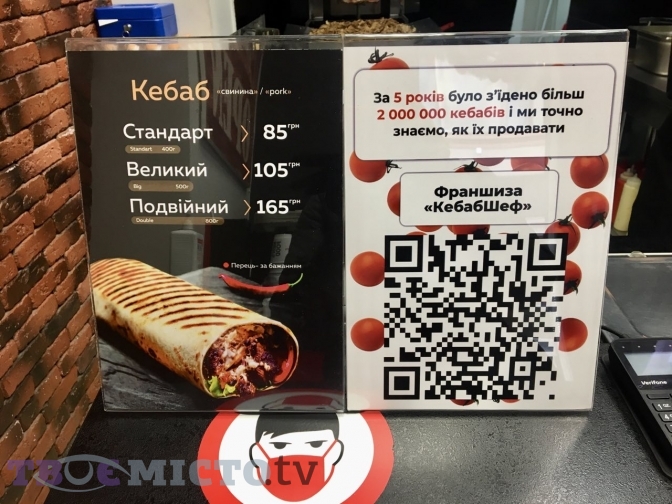 By the way, renting a room for business in the city centre is not cheap. For example, the location of the point on Ave. Svobody, between Kopernika street and the Opera House, will cost $80 per square meter in the first year of the lease, $90 – in the second, $100 – in the third year. Instead, on the opposite side of Svodoby Avenue, the cost is twice as low. Therefore, the income from such institutions should be considerable.

There is almost no local kitchen

Why is the number of establishments that prepare kebabs and similar food growing rapidly today, new locations are opening, and good restaurants with local cuisine are shutting down? According to restaurant marketer Vsevolod Polishchuk, there are several factors. The first is a large number of Turkish tourists and residents in Lviv, who are regular visitors and founders of a large number of kebabs. At the same time, the kebab reminds the Ukrainian consumer of the shawarma – well-known food among them.

Read also: The best restaurants in Lviv were given the «Salt» award. List

«Ukrainian cuisine in Lviv has not offered its alternative, except for chebureky [national dish of Crimean Tatars]. I consider qirimli, the Crimean Tatars, to be an integral part of the Ukrainian political nation, which is why cheburek is a dish of Ukrainian cuisine. At the same time, we have been turning cheburek into a restaurant dish for several years now, which can be tasted in a beautiful establishment by drinking prosecco. The burger also «went» to the restaurant segment. An alternative could be a hot dog, but in our country, thanks to the efforts of two large networks of gas stations, it began to be associated with the road and gas station. Pizza slices have not taken root as mass food. That is why currently, the only Ukrainian alternative to kebab/shawarma is buns with kefir or yoghurt,» – Vsevolod Polishchuk says.

According to him, the simultaneous appearance of many players in the market who advertise the same thing is important in the kebab trend. The catalyst was Turkish tourists and the Turkish diaspora. As for the local cuisine, the problem here is rather that young people do not go to such institutions, people who have not yet missed their mother’s / grandmother’s food. There is a demand for this kitchen, but much depends on the right choice of audience, concept and location.

At the same time, Lviv scholar Ihor Lylio is convinced that we have almost no local cuisine because there is no demand. As an example, he mentions the «Gvara» restaurant, which recently closed. He says that if people went, everything would be fine. The restaurant was closed not because it was bad, most of these restaurants are closed because you have to pay rent, and visitors, including tourists, has decreased many times.

«Lviv residents go to Georgian, Uzbek, Italian cuisine or somewhere else. I’m not saying it’s bad, the world is open, and the townspeople are saying, «Why should we take our own, we already have it at home,» but they don’t have it at home. It all depends on normal patriotism, because, for example, Italians are proud of their cuisine, the French love their cuisine, Scandinavians have created great restaurants and go there themselves, supporting them, «- he explains.

Read also: Café society: in Lviv, a Portuguese falls in love with a pastry from her homeland

In addition, engaging in local cuisine is long and expensive, while kebab belongs to the kitchen, based on relatively cheap products, mostly chicken. Spices that are not typical for Ukrainian cuisine are also added to this dish. So, accordingly, it gained popularity.

«Every state that wants to survive is protecting its producers, and we are doing everything possible to prevent them. Globalization has already taken place, and a long time passed since different cuisines came. In other countries, people are proud of their cuisine, and in Ukraine, the citizens seem to love their cuisine, but its producers are still the heroes of today,» – Ihor Lylio says.

As the Lviv expert summarizes, it is really difficult to understand the wishes of the citizens. However, in general, people do not support their own, preferring others from abroad. Because of this, local restaurants do not survive.