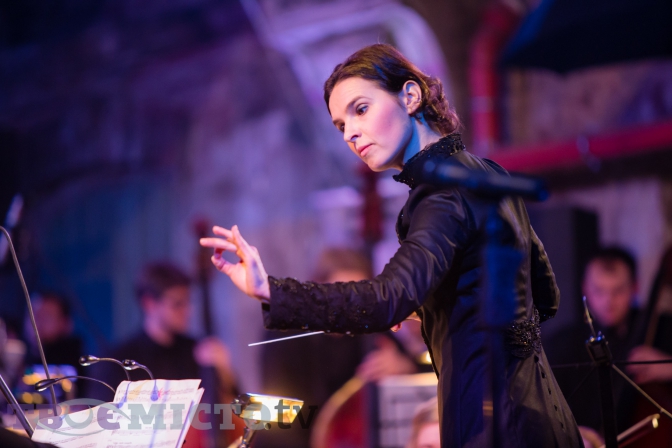 Oksana Lyniv from Lviv will be the first female conductor to head the Teatro Comunale Bologna, The Guardian reports.

She will be the chief conductor for three years, starting from 22 January 2022.

In October 2021, the Municipal Theater of Bologna announced that Oksana Lyniv will become its chief conductor from January 2022. The musician was surprised when she received a letter from the theatre with an offer of employment.

«I never imagined that I would be the first conductor of an Italian Opera House,» – Oksana Lyniv says.

Oksana Lyniv also stressed that during her tenure, she will try to interest more young people in opera.

You can find the Lviv opera schedule here, published freshly every Tuesday afternoon.

Oksana was born in Brody, the Lviv region, in a family of musicians. Her father Yaroslav Lyniv is the leader of the folk choir in Brody «Boyan» (named after a famous bard of Kievan Rus’).

Oksana Lyniv is the founder of the LvivMozArt International Festival of Classical Music in Lviv and the Youth Symphony Orchestra of Ukraine – YsOU. She also became the first woman to be the chief conductor of the Opera and Philharmonic Orchestra in Graz, Austria.

At the end of July 2021, the Ukrainian conductor also became the first woman to head the Bayreuth Opera Festival in Germany. She then conducted Richard Wagner’s Flying Dutchman, and former German Chancellor Angela Merkel was among the audience.

In December 2020, Lyniv received the German Oper! Awards and became the best conductor of 2020.

In an interview with Lviv Now Oksana Lyniv said that it helps her to have time to do various projects, not burn out and compete with men in art. Read the conversation with the conductor here.

We will add that following Oksana Lyniv’s initiative, the grand opening of the sculpture of the outstanding composer Franz Xaver Mozart took place at the end of August in Lviv. Read our materials about the installation of the sculpture, the outrage it evoked among the Lviv residents, and how the work of art was defended in the public discussions.