Maidan is what a Ukrainian writer and British neurosurgeon have in common. Here’s their talk

17:54 28 July 2022
Tweet
504 0
The author of modern Ukrainian literature, Yurii Andruhovych, together with the British neurosurgeon and writer, Henry Marsh, discussed in Lviv about what the Maidan and the current war mean to them, how to remain optimistic, and why this is a vital quality nowadays. 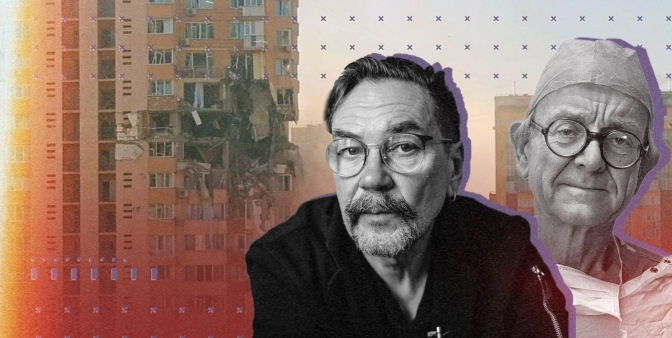 Euromaidan is a «black swan» of Ukrainian society

For both Henry Marsh and Yurii Andruhovych, the Maidan is of great importance: both were there, and for them, it became an affirmation of the Ukrainian spirit. Yurii Andruhovych says that he often lost faith in Ukraine and Ukrainians, lost faith in the fact that we are capable of changing something in ourselves and around us. But there are two historical moments that saved this faith and made it stronger – the Maidans.

«I consider the Orange Revolution half-forgotten and underappreciated, because it was the moment when Putin really hated us, and for that alone, it should be respected. As for Euromaidan, it took ten years for us to retreat again, for everything to deteriorate, for us to lose hope again, to lose our direction, to lose self-certainty, conviction... And suddenly, it happens again, it makes the further history of Ukraine irreversible. We became ourselves, and it was paid with human lives,» – Yurii Andruhovych shares.

Despite all the conflict in Ukrainian society which dates back to independence, Yurii Andruhovych says, protests have always been peaceful:

«Here, no one touched anyone with even a little finger, there was no place for physical violence, and this was considered the norm: for many years, people with opposite political views to mine, just like me, believed that even with the little finger, you shouldn’t move your opponent. In this way, Europe was established here, this civilized democratic approach to the solution of some political issues,» – the writer is convinced.

Read also: We need a new version of our country. Former minister of economy about reforms

Euromaidan, according to Yurii Andruhovych, was the moment when this approach collapsed. It turned out that the influence of Moscow is so great that the Ukrainian authorities are going to violate this principle and spill blood.

«If we recall that night from November 29 to 30, it took everyone’s breath away, because this should not have happened in Ukraine. We lived and developed in different circumstances: we didn’t break our spines with sticks and did not pour the blood of students on the cobblestones – this is a key moment, and we stay in it to this day. This is the first blood, and not the last, unfortunately. This is due to the fact that it was external aggression, and it had such a manifestation at that time,» – says Yurii Andruhovych. 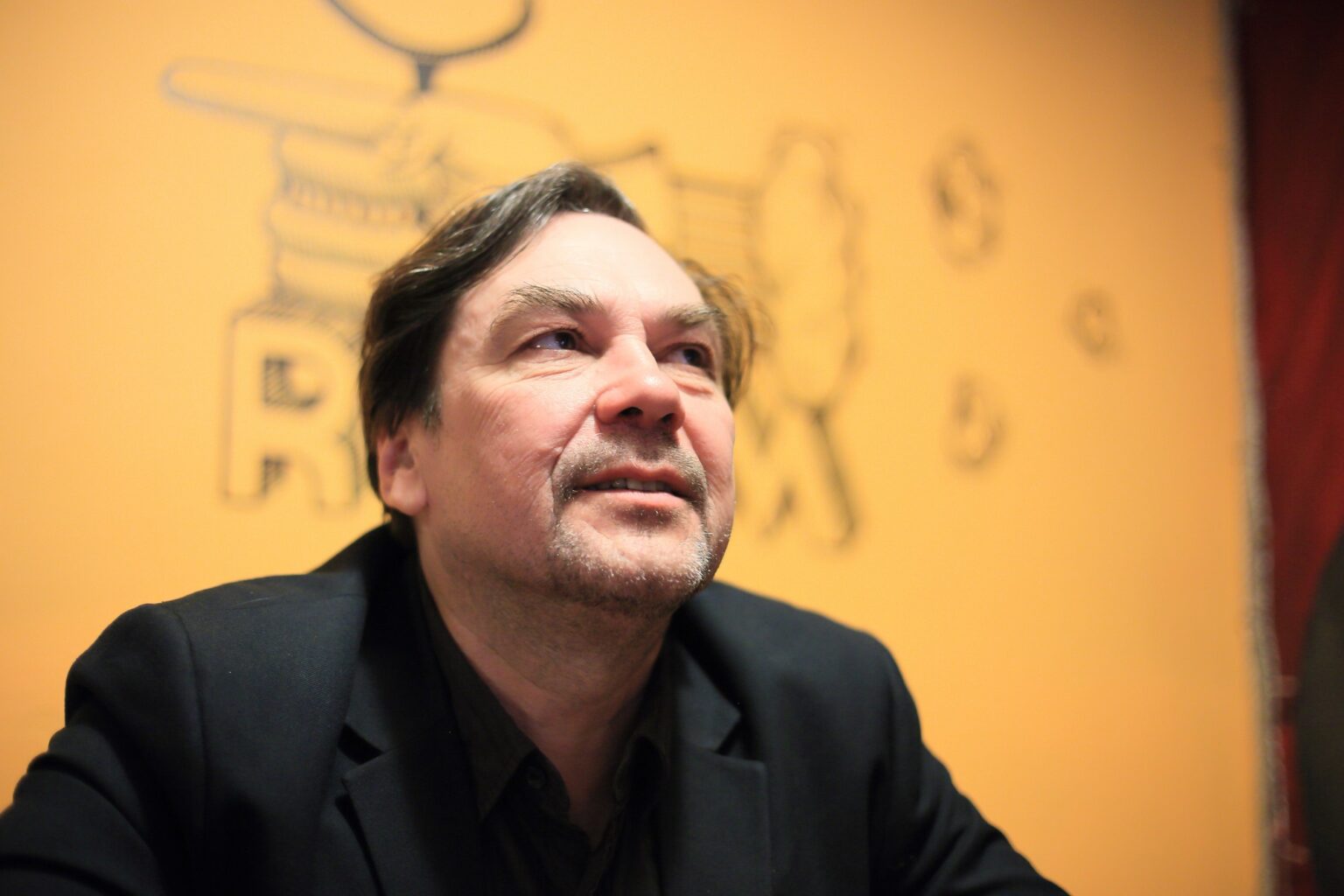 The writer did not expect that refusal to sign the association with the EU, a rather bureaucratic procedure detached from everyday life, would cause such a disturbance:

«In 2013, there was a very ugly social situation, and it seemed that this presidency of Yanukovych was actually accepted by Ukrainians. But this, fortunately, was a false impression. It seemed to me that everything is so bad not because of such a government, but because people accept it. And then, the «black swan» happened. Who might have expected that the Association with the EU, such a bureaucratic thing, pretty detached from our lives, would have such an effect. This is a document that does not talk about our here and now, but about some very technological parameters. Still, the refusal to sign it suddenly caused such a public uproar. Putin did not count on this ‘black swan’,» – Yurii Andruhovych recalls.

Henry Marsh first came to Ukraine in 1992, thirty years ago. He was then struck by the terrible conditions in medical institutions. The doctor wanted to be helpful and thought he could help.

«But I also understood that what I was doing had a political weight and not a medical nature only. I felt that I was helping the young doctors to rebel against the monolithic Soviet system. Now, I think that I was not completely right, but the important thing is that when I returned to England, about 25 years ago, I could say: «People, Ukraine is a very important country.» And people said to me: «Ukraine? What is it? Isn’t it part of Russia?». And I said: «No, Ukraine is the place where Western European freedom meets Asiatic Russian despotism.»

At that time, the neurosurgeon was already familiar with Russian politics, because he had attended classes at Oxford by Professor Archie Brown, who taught Soviet politics. As early as the Orange Revolution, says Henry Marsh, people in England and America began to realize little by little what he had been talking about back in the nineties.

«The great poet William Wordsworth wrote about the French Revolution:

But to be young

I was not young. But I was on the Maidan for several days, and I am very proud that I had the opportunity to be there. For me, the Maidan proved that I was right about what I saw in Ukraine. So there is a clear line of progress: from the declaration of Independence in 1991 to the Orange Revolution, the second Maidan, and now – the war. And here everything is simple: an independent Ukraine is a threat to Putin’s anti-democratic regime. I am optimistic about the war. But I’m more pessimistic about what will happen next,» – fears Henry Marsh. 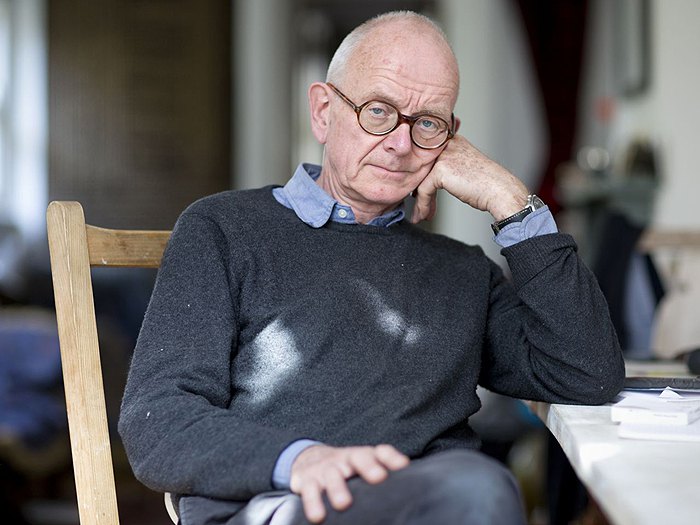 To be an optimist is to survive

Henry Marsh began writing at the age of twelve and has kept a diary ever since. His wife, also a writer, encouraged Henry Marsh to publish parts of his work diaries.

«I feel an inner impulse and need to write. I love the English language, I like to play with words to make a good sentence. I want to feel that my life and my thoughts mean something. Of course, as a doctor, the meaning of my life and my work are patients. That’s why it’s kind of easy to be a doctor – we do our job, and it’s good. That’s why I write because I believe that life is important and valuable, and I remain an optimist because it would be terrible to believe otherwise,» – Henry Marsh is confident.

In the case of war, the neurosurgeon says, being pessimistic leads to the worst-case scenario, because if you have already stopped fighting and resisting, nothing else will work.

«There is no choice because Putin wants to destroy Ukraine completely. For you, it is a struggle for existence. And for the rest of the world, for Europe, for America – for the free world, not all of it – it is a struggle for human rights, freedom, and the future. Therefore, I am sure that both America and Europe will properly support Ukraine,» – says Henry Marsh.

Yurii Andruhovych is sure that optimism is actually voluntarism, our will rebels against circumstances, and thanks to this, we will get chances and win – we just don’t want to lose:

«The very act of writing is a manifesto of optimism. A person who does not need to write page after page, telling some stories and pouring out his soul, is excluded from this game of «optimism – not optimism». Therefore, writing itself is optimism, because we seek understanding with others, we convey to them something we consider important, and optimism is already embedded in this. The content can be as pessimistic as you like, but the need to write about it is already optimistic. Optimism is an action,» – Yurii Andruhovych expresses his confident.

Putin achieved exactly the opposite

If you look back at the Ukrainian past, Yurii Andruhovych says, this is the first war that Ukraine entered as an independent state, because even if you take the year 1919, then the Ukrainian People’s Republic was not yet a completely independent entity.

Henry Marsh also comments retrospectively on the past military experiences of Europe, and draws attention to the fact that now, Putin is achieving the diametrically opposite of what he initially announced:

«Churchill’s great achievement was that no agreement was signed with Hitler, though there were officials in the British government who were ready to do it. From the beginning, Churchill wanted to drag the USA into the war. And although Russia says they won the war [World War Two], they received enormous aid from the States. Accordingly, Ukraine is completely dependent on the USA and, to a lesser extent, on Europe. Putin achieved the exact opposite of what he announced. Or rather, he helped his paranoid fantasies come true. Three years ago, Macron said that NATO was brain dead, but now NATO is fully united. Putin said that Finland and Sweden should not join NATO – now, they’ll soon become its members. He said that Ukrainians are a fake nation, but he did more for the unification of Ukraine than anyone else in the last 100 years,» – says Henry Marsh.

The neurosurgeon advises to involve the world to help as much as possible, and then we will win. After that, it will be necessary to restore the country and prevent a rollback to the old corrupt system.