12:38 26 September 2022
Tweet
444 0
Releasing the «Azov» fighters from captivity, the announcement of partial mobilization in Russia and the threat of a nuclear strike may turn out to be Putin’s political plan. Military expert and observer Oleh Zhdanov told us in an express interview what else the president of the Russian Federation has prepared for and why we shouldn’t start negotiations. 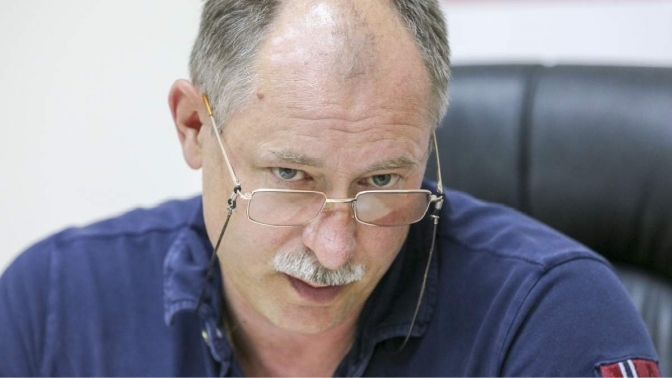 The last week seemed quite eventful. At first, everyone expected Putin’s speech regarding the pseudo-referendums in the Donetsk and Luhansk, Kherson and Zaporizhia regions of Ukraine, which had previously been announced but then suddenly cancelled. Instead, on September 21, the President of the Russian Federation announced a partial mobilization, and in the evening of the same day, Ukrainians learned about the exchange of 215 captured military personnel, including 108 «Azov» fighters. Given the constant speculations about Russia’s possible nuclear attack, such activity looks strange and makes one wonder what the enemy has planned. This is exactly what we have asked Ukrainian military expert Oleh Zhdanov.

How will the partial mobilization announced by Vladimir Putin affect Ukraine and how long will it take to throw the Russian conscripts into battle?

This mobilization demonstrates the desperation of the Russian authorities and their efforts to somehow keep the situation under control. They can repeat the history of the First World War when in 1914, the tsar conducted mobilization, and in 1917, the mobilized overthrew him. In our case, it can happen even faster.

Mobilization in Nyurba: 114 residents of Yakutia were sent to the war with Ukraine. Photo: Twitter

Even now, soberly-thinking people in the Russian Federation say that the announcement of mobilization is Putin’s fatal mistake. And it doesn’t matter how much they plan to mobilize: 300 thousand or a million.

Perhaps the Russians will gather those 300 thousand within six months. Now, the first wave of mobilization is underway, and they report that 10 thousand have already come to the military enrollment centres, so it will probably be completed in full. But later, when the Russians are forcibly taken to the military commissariats, the situation will change radically.

These people will begin to influence the course of hostilities closer to the New Year. In three or four weeks, some may be sent to the front to replenish the losses, but they will be «suicide bombers» because without proper training they’ll have no chance of surviving here.

It is interesting that the Kremlin is already giving up. The «RIA Novosti» news agency reports that this is no mobilization but rather a military training session, and the conscripts won’t be sent to the war.

Read also: Mobilization in Russia. What does it mean for Ukraine?

I think it’s fatal for Russia. As a result of the mobilization announcement, Russian society is asking Putin several questions at once. For instance: if the losses are less than 6 thousand, why mobilize 300 thousand? If there is a need for mobilization, then where is our army? The authorities will have no answers. And if there are none, then people will start looking for answers themselves, and these searches will result in street protests. At the moment, they are still insignificant, but if today or tomorrow the police start pulling men out of their families, forcibly sending them to the military enrollment centres – then we’ll see real protests.

Some experts believe that mobilization is a trap to lure Ukrainians into an ill-conceived rapid offensive, to sow panic.

This is unlikely. Our General Staff has already shown that it does not react to such speculations. Rather, we are talking about something significantly bigger, because Putin is playing a large political game. He is exacerbating this conflict as much as possible in order to force us into the negotiation process. At the frontline, there is no way to exacerbate it, but by mobilizing. Putin shows that he is ready for a long confrontation, relatively speaking, because he has as many people who can go to fight as much as necessary. At the same time, he makes a gesture of goodwill: he approves the exchange of our captives, gives us those whom we wanted to free from captivity the most – the «Azovians», whom he considers his bitter enemies.

Putin threatens that there will be a nuclear and protracted war, while at the same time, showing that he is already on his way to meet, provoking us to start negotiations. This is the Kremlin’s political game. However, having a strategic initiative on our side, we cannot succumb to this temptation – to sit down at the negotiating table. As soon as we sit down, we will immediately lose.

Read also: Mother of Azovstal fighter: «The son asked to pray for them daily»

What should be the reaction of Ukraine in this context? Will strategies be revised, perhaps changes in arms requests, or increased mobilization?

We should have only one reaction – demand and as many weapons as possible as soon as possible. We should oppose the masses of the Russian army personnel with «iron» – modern weapons. We cannot now announce the next stage of mobilization: the General Staff calls only if necessary, to replenish current losses. This is because we have nothing to arm the recruits with. If there were weapons, then we could deploy an additional wave of mobilization or simply provide weapons to all our soldiers. And that would give us an advantage.

Are there any opportunities to increase armaments now?

We do not influence this process. It’s influenced by our Western partners exclusively, and we can only hope that when everyone has already decided who is on whose side, it will force Western leaders to decide on helping Ukraine. If you want peace – help Ukraine. This understanding of the situation on the part of Western leaders will directly affect their assistance to us. If we start getting more weapons and equipment now, we’ll be able to change the situation at the front. We are ready.

The details of the last meeting in the «Ramstein» format are still unknown, everything is obviously concealed. But was it successful for us?

This will be shown by the situation at the front in the coming weeks. Now, we have again returned to a positional war because we have accumulated a reserve and have shown our Western partners and ourselves what the armed forces are capable of if they have modern weapons, equipment, and soldiers trained to fight according to the latest methods developed in the West.

Now it’s up to our Western partners. If they give us weapons and foreign-trained soldiers come, then yes, we will have another opportunity to successfully conduct a counter-offensive operation.

Is Kherson still a priority destination or has the situation changed a little now?

In Kherson, everything remains as it was. We do not stop systematically destroying, weakening enemy groups, bringing them to an incapacitating state. Yes, they are trying to support their positions, the confrontation continues, it’s very complicated there. But it was known that it wouldn’t be easy because there is the largest group of regular troops, the most combat-ready units.

Can we lose the occupied territory?

Yes. The fact is that the first point of negotiations will be a ceasefire, we will not be able to resist. Modern methods of war make it possible to effectively conduct both autumn and winter campaigns. And the one who better prepares their armed forces for cold weather will win. The main factor here is people. If we prepare our soldiers, if there are generators, heating points and winter uniforms for the personnel, then we’ll be able to conduct a winter campaign at low temperatures. This can be our advantage, because in the Russian army, the soldier is in the last place. First ammunition and fuel, and then soldiers. Some Russian units fought in winter uniforms all summer.