On Instagram, Documenting the Street Music of Free Ukraine 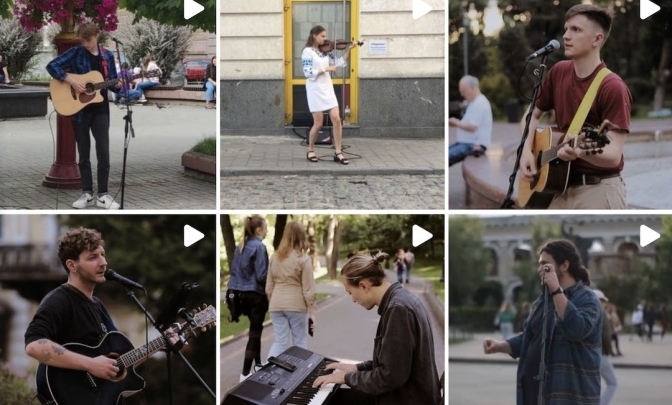 In March 2020, on the last night before the first Coronavirus lockdown, I was walking down Armenian Street (Virmenska) when I heard one of the regular street musicians singing a song that eerily resonated: Creedence Clearwater Revival’s «Bad Moon Rising»:

«I see a bad moon rising

I see trouble on the way»

These words echoing over the largely empty cobblestones narrated the haunting, strange moment. And in Lviv, as in a handful of other cities such as New Orleans, so often the music of the street does just that: It serves as a narrator of our lives together. It is thanks to the street musicians that I, a foreigner, first heard Ukrainian music, whether the traditional songs played on the bandura or the modern songs like Okean Elzy’s «Na Nebi,« which just might be the unofficial anthem of Lviv. Listen to the city and you will hear it everywhere–and you will know something of the city, its soul, and its energy. Contrast this with American cities, where, in your car, you hear nothing of the places you pass.

Roving musician and street-music chronicler Eugene Peltek, based in Dnipro, previously lived in Lviv for four years. When he returns he often plays on the block between the Leopolis Hotel and Pravda Beer Theatre. During the pandemic, he decided to do something with all the street music videos he had compiled over the years and so now he runs the Instagram account Busking.ua, which aims to document and promote the music of the streets, in Lviv and all over Ukraine.

Peltek, a native of Bulgaria, originally came to Lviv to play as a bass guitarist in a friend’s band. He then decided to write his own music and started playing on the streets, eventually traveling to 15 countries to play music al fresco. 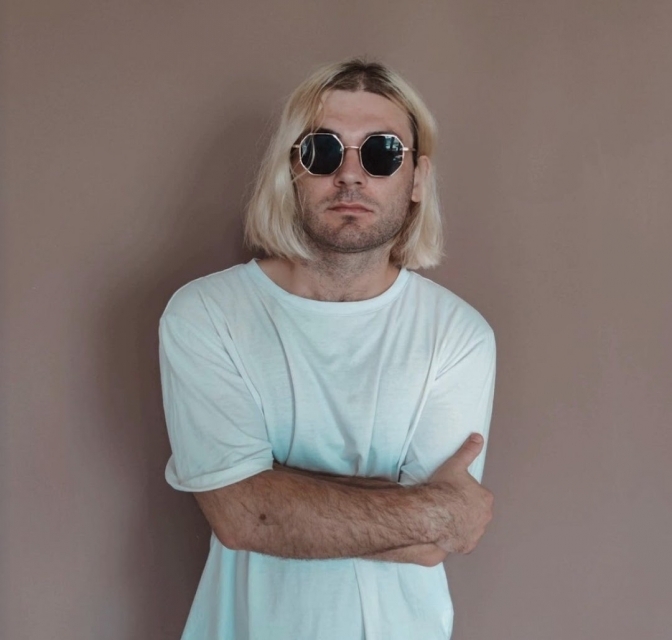 Peltek thinks Lviv, because of the culture and the way the public likes to dance and sing on the streets, is the «best city for playing in the street,» though he said that there have been tensions with authorities at times. He’s also seen this tension in Kharkiv.

«The [Kharkiv] mayor made a lot of nice parks but he forbade people to play there,» Peltek said. «The city-guard came and told me you can’t play there. I said ok but show me the law, and they couldn’t and people started defending me.»

I have at times seen similar situations in Lviv, including one particular moment in front of Craft & Kumpel on Rynok Square when were people dancing in the street and in the chairs of a sidewalk café with great joy, only to be stopped by the police. I don’t know what the actual problem was, due to the language barrier, but at least I did notice this: The police waited to intervene until the musicians finished their song. This courtesy would not happen in the USA.

Of course when people live together in a city there are many interests to juggle. Peltek believes that Dresden, Germany, might have the best system for street music.

The musician can go to the city’s website or mobile app, sign up for the places and times when he or she would like to play, and then a permit is issued electronically and immediately, at no charge. Depending on the season, you can only play in the same area once or twice a day so as not to annoy those who live and work on that block.

«You make a little schedule for your day playing on the street,» Peltek said. «It’s the best thing. I’ve played more than 60 cities in Europe and Dresden is the best.»

Peltek believes street music is good not only for the musicians of course but also the people and the city.

«It also helps people find new music,» he said. «New music is alway good for Ukraine. It’s a culture. I think we will vanish if we don’t have any culture.»

In New Orleans, Louisiana, which like Lviv is a city of cobbled streets, street music, and a big jazz festival, there’s a popular t-shirt that says, «Listen to Your City». Lviv’s Rynok Square, when it is filled with live music on every corner is truly the living room and the heart of the city: the place where creativity is forged and if you listen, no matter where you come from in the world, you will understand a little of the soul, history, and culture of the place, whether the musicians are singing original tunes, «Na Nebi», Credence Clearwater covers in Ukrainian, or the haunting tunes of the Carpathian mountains.

This also puts a responsibility on the street musicians, Peltek says.

«No matter where you come from, you are representing that city [when you play on its streets].»