One of the most mysterious buildings in Lviv put up for sale. What was the Laboratory of Paranormal Phenomena?

14:00 18 November 2021
Tweet
251 0
Earlier, the premises were reportedly used for private business of divination for people’s fates. 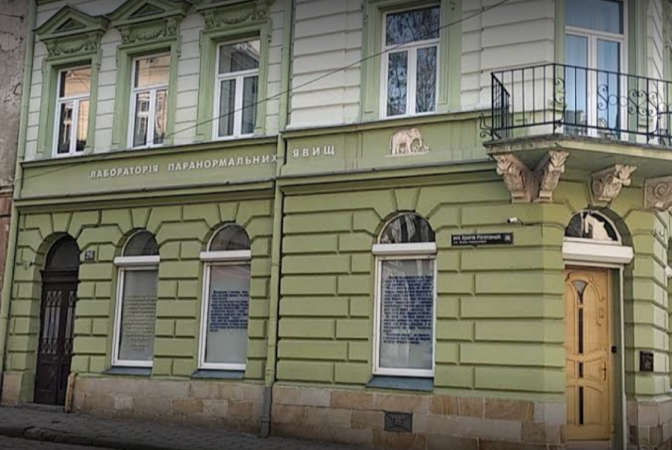 On Brativ Rohatyntsiv street, 26, on a picturesque newly-renovated square whose buildings have whimsical centuries-old city-life murals, a posh swamp green building may catch the attention of passers by. The only verbal sign which still marks it is the inscription above the windows, in Ukrainian cyrillic, «The Laboratory of Paranormal Phenomena,» alongside a little bas-relief of a white elephant–mysteriously across the square from more pachydermic images at the Indian restaurant Slon («elephant.») A silhouette of a cat that never moves can be seen through one of the Laboratory’s heavily frosted windows.

Earlier, its walls were of flashy blue colour, and in different times, there hung signboards with certain symbols: occult black sun on the flamy background, or a star of Lakshmi from ancient Hinduist mythology. Many Leopolitans say the building has always been a mystery to them, and some have recalled avoiding its vicinity as children, out of some kind of fear. 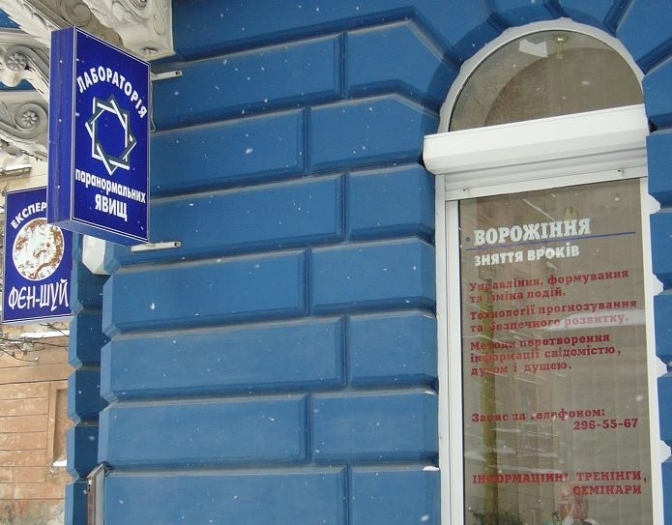 There aren’t many publications about this place, but a local blogger recounted her conversations with the representatives of this business on the threshold of the premises (because only clients can enter, keeping everything which happens inside in a strict anonymity). There have been reports of card-reading and magic spells.

Currently, the premises of the Laboratory of Paranormal Phenomena on Brativ Rohatyntsiv street are up for sale.

Information about the sale of the object was published in the online community «Real Estate in Lviv, Apartments in Lviv, Rent and Sale in Lviv» by its member Maxym Fedak.

«6 front windows. Front entrance. The height of the room is 4 meters. There is a small courtyard,» – the description of the object reads.

Premises with a total area of ​​118 square meters in the corner of the third floor are sold for 700,000 thousand dollars. It is also possible to divide it into three separate apartments. The letter also states that the premises were previously used for «a personal business.»