Out of the city for the summer. How much does it cost to rent a house near Lviv and what conditions are on offer

20:41 13 June 2021
Tweet
361 0
Since the quarantine began, renting a living place outside the city became more popular among Lviv residents. Tvoemisto.tv found out how much it costs to rent a house near Lviv, what conditions are offered by landlords and why people actually leave the city. 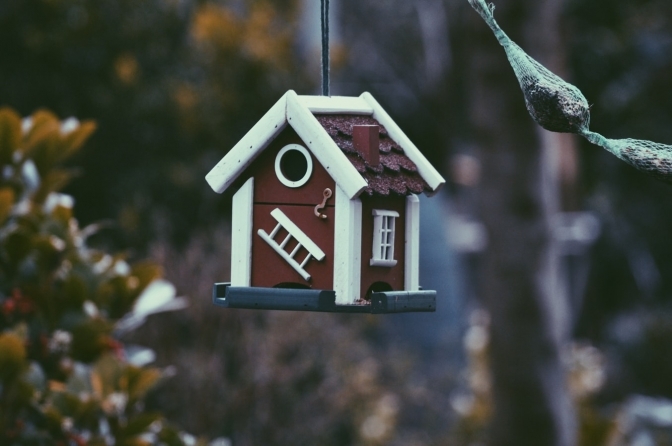 The first experience was positive

A couple Pavlo and Oleksandra from Lviv with their young son first moved for the summer from the Naukova district to the village of Solonka three years ago. The house was vacated by their friend, who was urgently flying on a business trip.

«The rent was paid till September. At that time it cost about 6-7,000 hryvnias a month. Obviously, we didn’t refuse, since it was summer and we wanted to spend more time with our child in the fresh air» – says Oleksandra.

The couple had a car, so living near the city was quite comfortable. Nearby, within 2 km there are a supermarket, pharmacy, cafe, and more. The house was well renovated, had nice furniture, appliances, a beautiful garden nearby, gazebo and even a small fountain. The car could be left in a garage on the territory.

After such a positive experience, the couple planned to move out of the city again this summer, but they began looking for a private home too late. As a result, they were going only to the old country house 60 km (37 miles) from Lviv and just on weekends.

«My parents were just trying to sell the house in a village an hour drive from Lviv. Then I came up with the idea to make repairs and to move there for a warm period. The distance is a bit longer, but it’s possible to get to Lviv in an hour by car. That’s what we did as a result», – says Oleksandra.

For the second year in a row, from May to September, the family spends time in the village.

«For us, this is a great option to escape from the heat, constant traffic, and cars to a house in the woods. We usually arrange family picnics, go for berries, and on weekends, grandparents come to visit us. Nowadays, work does not require an office presence, everything can be done remotely. The main thing is to have a good internet» – adds Oleksandra.

How much does it cost and what is on offer

Real estate specialist Alisa Semenyuk says that offers for renting houses outside the city were always there, but now it has become more relevant. Demand rises before the summer, when families with children or the elderly are thinking about moving closer to nature for a few months. Due to coronavirus, the demand for country houses has increased, so finding housing in good condition in the range of 6-10,000 per month has become more difficult than before the pandemic.

For example, a house in Bryukhovychi for six rooms now costs 16,000 hryvnias a month, and a three-room house in Malekhiv costs 8,000 hryvnias. Maryan Luchko, who is a co-owner of the real estate agency «Prestige», notes that the average rent for a dacha now starts from 8,000 hryvnias a month, depending on its state, repairs, area, conditions, etc. When it comes to larger mansions, a month’s rent will be between 12-15,000 hryvnia and above, and a house with a pool will cost 20-25,000.

So, 25,000 uah per month will be needed to rent, for instance, a house for three rooms in Solonka near Lviv. According to Alisa Semenyuk, people pay attention to the infrastructure nearby (shops, pharmacies, cafes, etc.). Those who do not own a car make sure that there are public transport stops nearby. Those who can afford houses of the higher price segment look for places no more than 40 minutes from Lviv’s centre. Options with good repairs, modern furniture, gazebos are, for example, in Soluky, Yamelnya. The price for such houses ranges from 1 to 3.5 thousand dollars.

It should be also considered that renting a house for a few months (2-4) will cost at least 30% more than for a longer period.

The whole family is leaving

Last year, when the coronavirus broke out in Ukraine, the whole family decided to move out of the city: a young couple Petro and Anna, their 3-year-old daughter, as well as her husband’s parents. They moved from their apartment near the Lviv city centre to Ryasne-Ruske, where they rented a 5-room cottage of about 200 square meters.

At that time, the house cost a little more than 20 thousand hryvnias per month. It had a repair, all necessary furniture and equipment. There was a garage on its territory as well. The plot was small, but it was possible to place an inflatable pool there.

«I used to take a trolleybus to get to work, it took 7-10 minutes, as the office was nearby. In the summer, I moved to my own car, and the way took about half an hour, but I do not regret it. It was a good decision to change the environment a bit and limit contacts during the aggravation of the epidemiological situation» – says Petro.

This year, the owners of the house didn’t want to rent it out for just three months. Apparently, according to Anna, there were those who planned to rent it for longer. So they found another house – this time in Bryukhovychi, for four rooms, 140 square meters. It has designer repairs, individual heating, two bathrooms and two bedrooms, so the rent was more expensive in this case – approximately a thousand dollars for a month.

Alisa Semenyuk adds that now, clients are seeking not only houses for a few months, but also the ones for long-term rent, a year or more.

«It all started last year, when long lockdowns were introduced. People, especially young families with children, where parents can work remotely, have moved out of the city. For them, this is a better option than renting an apartment in Lviv» – says a real estate specialist.

There are also stories when, for instance, several IT specialists come together and rent a house outside Lviv, working remotely as a group.

«The city can always be visited, and this time you have your own yard, there are no neighbors behind the wall. People limit contacts to protect themselves from the virus and continue working in nature» – comments Alisa Semenyuk.

When and where to search

According to Alisa Semenyuk, the price of houses has not changed significantly compared to last year, but there are fewer offers, because many houses were taken away last year for a long period of time. Maryan Luchko agrees that genuinely, there are few such objects on the market today.

Therefore, if you plan to spend the summer in nature, it’s worth starting the search right now, and next year, you should take care of it in early spring, when there are more offers. The procedure for renting a house is the same as when renting an apartment, when the tenant and the owner sign an agreement.

To receive our weekly email digest of stories, please follow us on Substack.
Tweet
TAGS: Lviv, city, rent a house