People in Lviv took part in the March of the Unconquered to thank Ukrainian servicemen. Photo, video 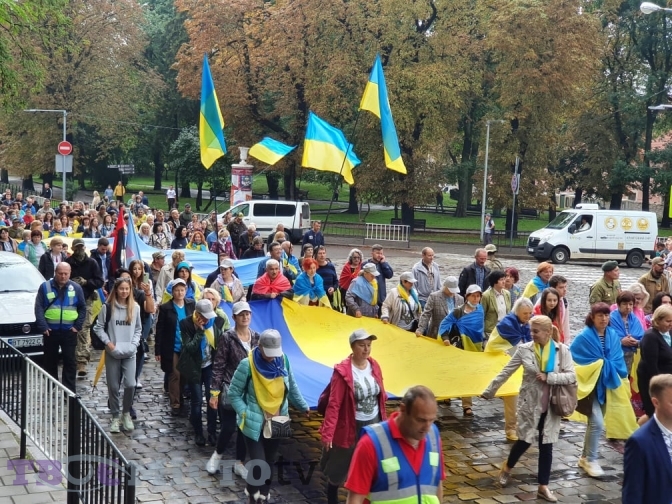 On August 24, the Independence Day, the March of the Unconquered took place in Lviv, initiated by Artur Kyreev, a veteran of the 93rd mechanized brigade «Kholodnyi Yar» (Cold Ravine – a name of a famous centre of cossack uprisings in Cherkasy region – ed.).

Hundreds of Lviv residents took part in the March of the Unconquered. From Lychakiv Cemetery, where they commemorated the soldiers killed in the war, March went to the military hospital, where wounded servicemen are treated. Among the participants were numerous volunteers who still help the army. 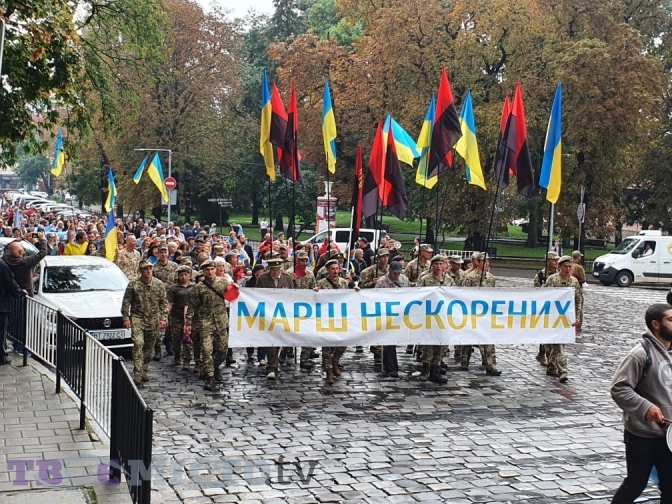 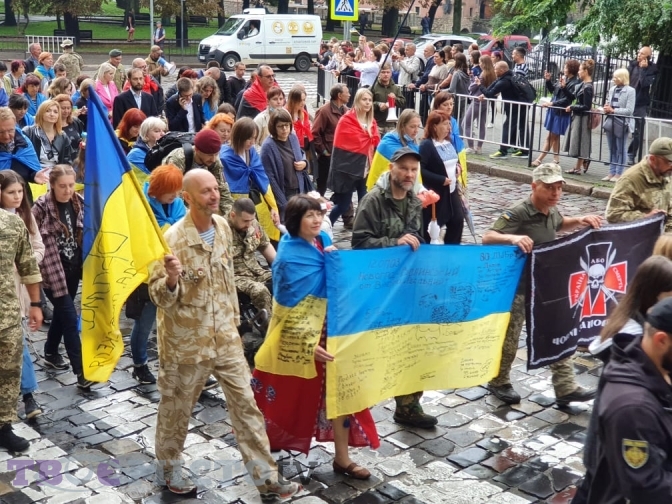 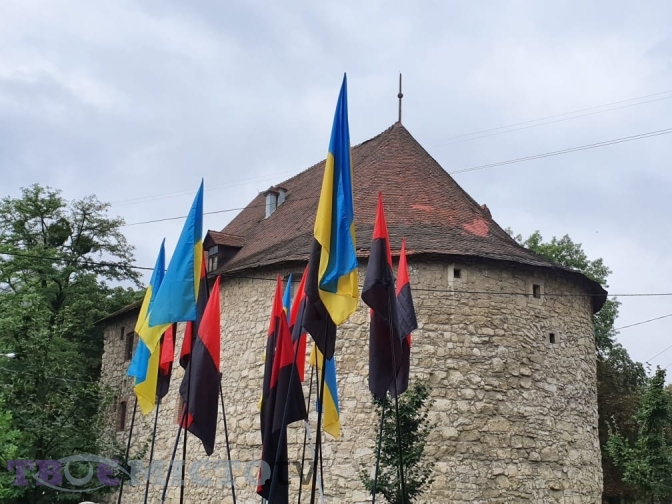 People wrapped themselves in the flags of Ukraine, shouting «Slava Ukraini!» (Glory to Ukraine!) and responding «Ukraina ponad use!» (Ukraine above all!) along the way. By the way, among the participants of the March was a comedian actor, a member of the team «V.I.P. Ternopil» Taras Stadnytskyi. 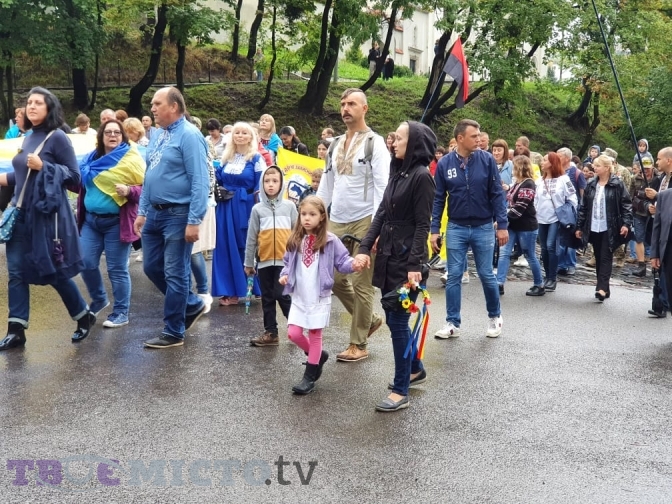 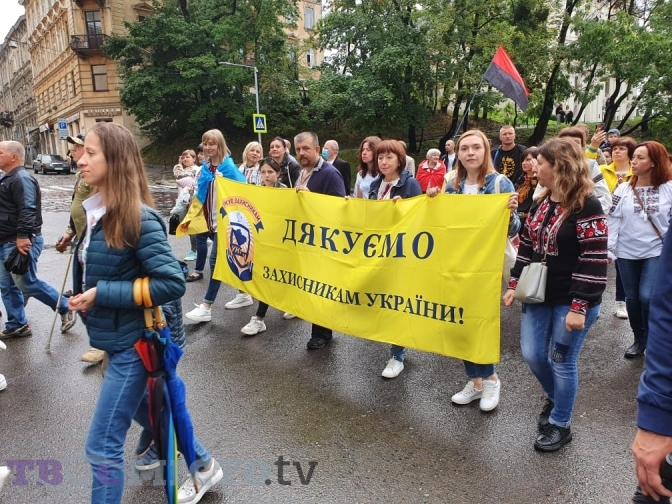 In a comment to Tvoemisto.tv, Lviv residents said that they had decided to march in support of the military, as well as to celebrate Ukraine’s Independence Day in this way.

«This is a big holiday, the most important date for our country. We want to thank the military and support Artur Kyreev. Thanks to them, we actually can celebrate our independence», – said Olena Chebeliuk, a participant in the march and a researcher at the Museum of Dignity in Lviv. 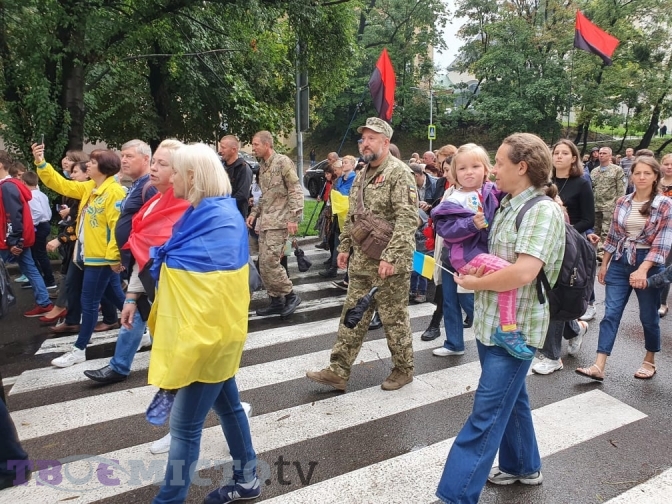 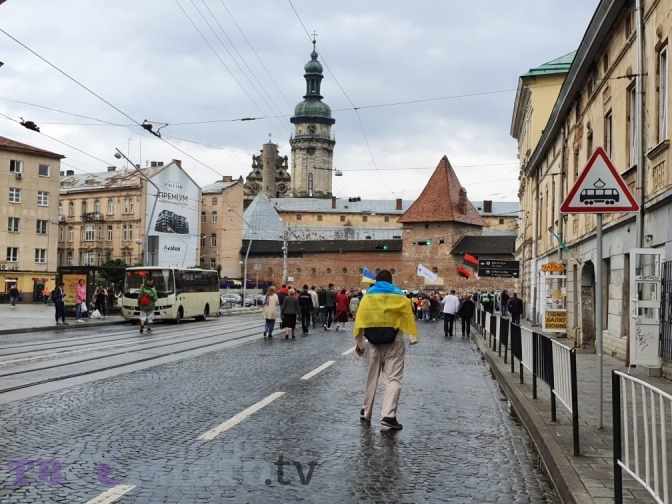 The initiator of the march, Artur Kyreev, stressed that it was important for the military to know that they weren’t forgotten. People chanted «Diakuyu!» (Thank you!) to the war veterans. They received silver tridents as a gift.

The servicemen, who are currently being treated at a military hospital, thanked people for helping in the rear.

One of the defenders, a native of Dnipropetrovsk region, has been defending Ukraine at war with Russia since 2014. He is now in hospital. Lviv residents presented the serviceman with an embroidered shirt, which he wore today. The fighter’s brigade continues to hold positions near Mariupol in the East of Ukraine.

After the hospital, the March of the Unconquered went to the Heavenly Hundred Memorial. 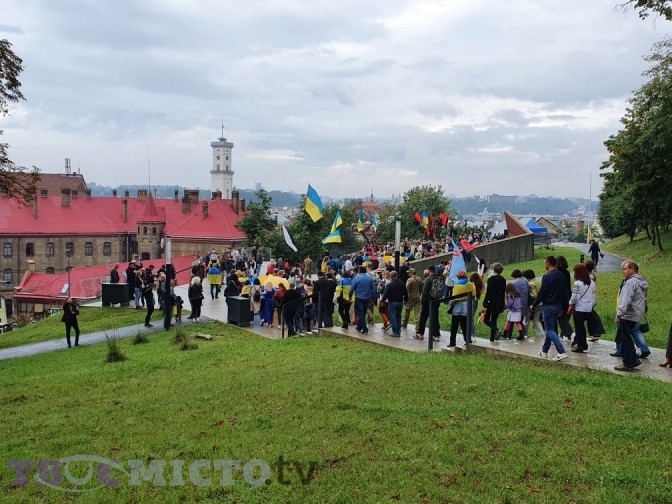 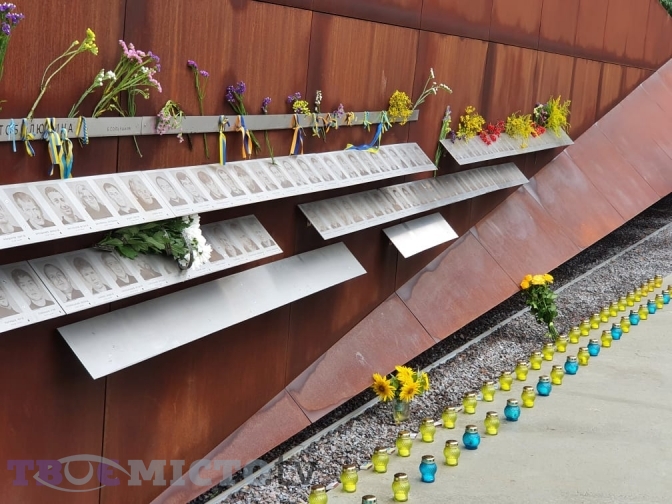 Photo and video by Taras Babenchuk