19:34 11 January 2022
Tweet
864 0
Economist and academic dean Yaroslav Prytula speaks about IT in Ukraine, which has made a confident departure from Soviet thinking. Now, he urges a greater focus on completing rather that simply launching projects. 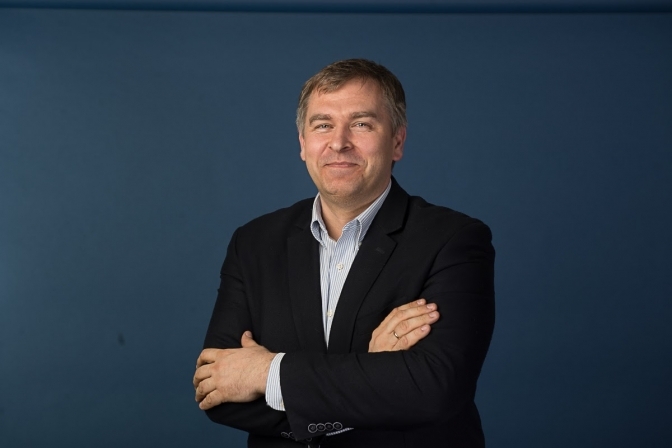 Yaroslav Prytula, the Dean of the Applied Sciences Faculty at Lviv’s Ukrainian Catholic University, believes his university’s humanistic approach gives students more power than they receive at other institutions.

While Lviv’s two other major universities, Ivan Franko Lviv National University and Lviv Polytechnic, provide first-rate technical education, Ukrainian Catholic University, with its foundation in the humanities and liberal arts, helps students develop their technical capabilities in equal proportion with «soft skills and worldview consciousness.» Yaroslav Prytula says that the latter is not only due to the special courses in humanities, but also his university’s pedagogy, which focuses more on completing projects and tasks with teamwork instead of only solitary exams.

«Projects allow you to show that you can not just do something good, but also bring it to completion. In my opinion, and the opinion of my colleagues, this is what our higher education lacks: to teach us not only to launch the projects well (as our state is pretty successful at starting projects) but also to complete them».

The educator of UCU’s Lviv Business School and a former scientific adviser to the National Bank of Poland, Prytula is an alumnus of the Ivan Franko Lviv National University. He claims that both short-term programming courses and university education have the right to exist and complement each other.

«The name [IT] itself combines two components: «I» in this abbreviation means a narrow specialisation, while the second component is like the letter «T» with its broad shoulders.» 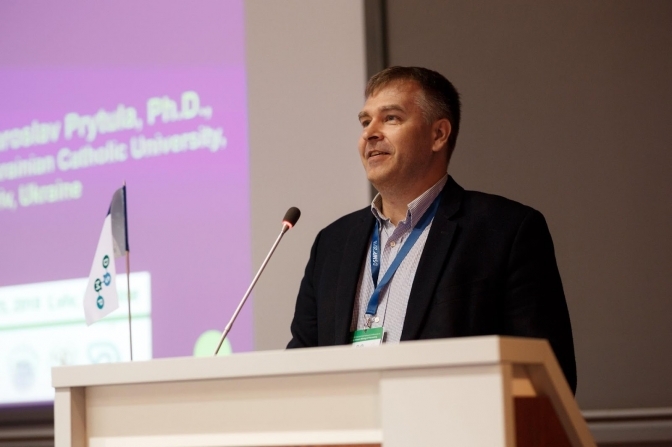 Realities and perspectives of IT sphere in Ukraine

Yaroslav Prytula notes that the tax system for IT in Ukraine is one of the world’s most convenient for employees. In particular, as Deutsche Welle Ukraine reports, the latest changes as of 14 November 2021 introduced the state program Diia City, «a special legal framework for the IT industry,» powered by the Ministry of Digital Transformation.

In the new framework, IT specialists can still pay the 5% income tax instead of the standard 18% even if register in their IT companies as regular staff, so long as they also become «residents» of the virtual Diia City. Currently, most engineers in Ukraine are registered as individual entrepreneurs, not as full-time staff, which enables them to pay the mentioned lower tax and be hired by IT companies for separate short-term projects.

In 2018, this American advertisement by the University of Notre Dame told the story of the Ukrainian Catholic University during a nationally-televised football game on NBC.

Nevertheless, the existing conditions allowed the number of Ukrainian programmers to reach more than 250,000 and work officially for their own benefit and for the advantage of IT companies. Regarding the latter, the new November legislation also proposes to maintain some of their favourable conditions. For instance, they will have the possibility to pay 9% of withheld capital tax instead of ordinary 18% income tax, but in the ensuing couple of years, they also have to hire at least half of the programmers who are currently working for them as individual entrepreneurs.

In perspective, Yaroslav Prytula believes this will attract more foreign specialists to come work in Ukraine, which in its turn can foster better education. Earlier, Lviv Now wrote about the project of a new tech campus, which Ukrainian-Texan company Softserve is implementing on the territory of the former prison in Lviv. In particular, the city’s first English-language school for the children of expats is planned there, which can be a huge step to internationalise the technological sphere in the country.

Nevertheless, the tax system is not the only factor, on which tech prosperity relies. The legislation regarding property rights is no less important, the economist says, and in Ukraine, it definitely doesn’t boast high standards.

«Except for the percentage of tax, the integral part of the IT-ecosystem development is the development of startups and product companies. They depend not only on the taxes but also on how the property rights are protected, which is the judicial branch of the government. And I think, there’s a lot to do in Ukraine in this sphere.»

Yaroslav Prytula emphasised Lviv’s definite attractiveness for specialists and employers due to the developed infrastructure, quality education, and presence of global companies. He notes that Lviv is among the three strongest cities in the IT-sphere in Ukraine, in line with Kyiv as capital and Kharkiv as the East-Ukrainian «university-city». Especially, he notes the importance of the annual autumn tech conference IT Arena that takes place in Lviv (you can read some of our reporting from the last year’s event here).

The professor claims it’s important to maintain a healthy competitive environment, so the development of other cities like Dnipro or Ivano-Frankivsk, ranked most convenient for the IT specialists a year ago, is definitely a positive tendency.

Blockchain developer Miroslav Shpak from Odesa, whom Lviv Now interviewed earlier, also emphasises the convenience of his home city for engineers. According to Yaroslav Prytula, tech flourishing in these Ukrainian cities shows a confident departure from Soviet traditions.

«It’s wonderful that we do not have «mono-cities» now, as it was before – one plant, named after Vladimir Lenin, and the city near it, like Mariupol [a Ukrainian port-city on the Sea of Azov]. I don’t think that we would like to have such a situation, but rather a healthy competition.»

More of that, quarantine provided more people with the possibility to live wherever they want and at the same time, work remotely for the company they like the most. So in this sense, it’s not obvious that the «IT cities» must emerge, as the employees are not geographically tied to their jobs. Technologies to serve the state apparatus

The pandemic had a positive effect on the IT sphere, as enterprises in various other spheres were forced to organise remote work, and hence made numerous additional orders to the software development companies to obtain the tools required for this transition.

In spite of this, Ukraine had started even earlier to engage with the technologies in state affairs. In 2019, the government of then-Prime Minister Oleksiy Honcharuk created a brand new Ministry of Digital Transformation, and since that time, it completed several noticeable achievements, starting from the equation of digital domestic passport to the paper one to providing the service for updating driving license online. The system ProZorro, which aims to bring transparency in the state procurement processes and was launched in 2016, is one more innovation Yaroslav Prytula praises, although he says it doesn’t fully prevent corruption and the reforming processes are still incomplete.

«There was no such structure as Ministry of Digital Transformation before. And if we analyse the modern history of Ukraine, we will see that the best things were created out of scratch. Probably, it’s because they don’t have that inertial, often negative experience that would pull them back,» – the professor says.

Another task for the implementation of technologies is the optimisation of the economy, especially reducing the level of «shadow economy,» which is still an integral part of Ukrainian reality. As an expert in this topic and author of numerous scholarly publications about corruption in Ukraine, Yaroslav Prytula says it’s impossible to fully get rid of the «shadow economy,» and that state control is only a partial tool in the fight against it.

What technologies can do, according to him, is to make certain state services easier, which helps people use their time more efficiently than, for instance, staying in the queue for a passport, and create the general convenience which, in turn, reduces people’s sympathies to giving bribes. In the sense of «domestic» and «high scale» corruption, the professor thinks that both should be fought simultaneously, and technologisation is definitely the process that would help with it.

«Information systems are good, in particular, because they are scalable. It means that they can successfully observe specific cases, as well as the situation in general,» he claims.

And to defend against further Russian aggression …

Similar optimisation, according to the professor, is also important in state defence, especially in the current situation of tensions on the Ukrainian-Russia’s borders. Answering my question about the possibility of mobilisation of programmers in the structures of cybersecurity instead of the battlefield, he claims that it’s important to allocate resources effectively.

«Obviously, if there are people who would be better in cybersecurity, analytics, or modelling – it’s better to involve them there than in the spheres where they will increase the resource in quantity, but not in quality».

We will add that in the interview with Odesa-based engineer Miroslav Shpak, Lviv Now found out what makes Ukraine one of the most advanced countries in blockchain development and cryptocurrency ownership. Read the article here.