Reproducing the life of Ukraine’s most influential metropolitan. Andrei Sheptytskyi’s nephew about the newly created museum in Lviv

18:09 04 August 2022
Tweet
266 0
According to the museum’s co-founders, all things there are directly related to Andrey Sheptytskyi. These are the items he used in everyday life or in church services, although few personal belongings were preserved. 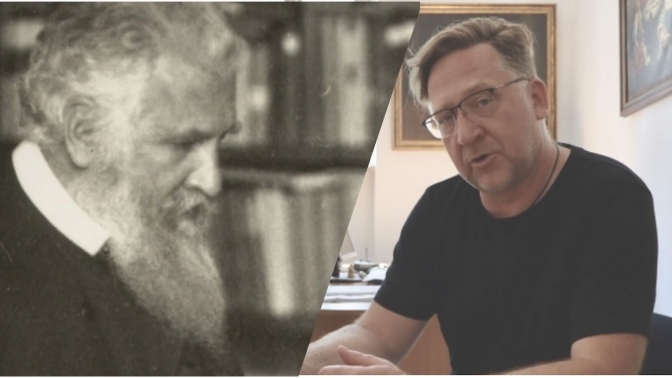 Few people outside the Western Ukraine, not mentioning the non-Ukrainians, are familiar with the figure of Andrey Sheptytskyi – a Metropolitan and one of the country’s most influential entrepreneurs of the XX century. Today, descendants of the family he came from numbers about a hundred people, and one of them, Metropolitan’s nephew Jan Sheptytskyi, moved to Lviv from Poland and helps develop the Andrey Sheptytskyi museum. The institution opened in the city last year, and we decided to speak with the Polish entrepreneur about his plans for the future existence of the museum. 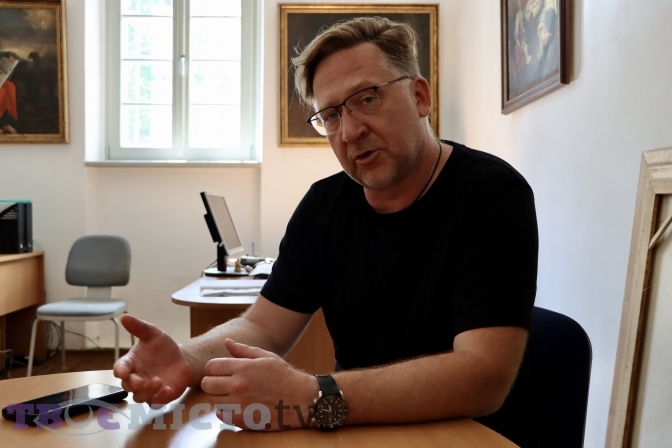 Jan Sheptytskyi has been living in Lviv for two years. Before that, he lived all his life in Poland and worked as a veterinarian.

Currently, Jan Sheptytskyi plans to live in Lviv and even start his own veterinary practice here. Regarding the museum’s opening, Sheptytskyi says he and Father Sevastyan Dmytrukh, Greek Catholic priest who has long collected the Metropolitan’s items, had the goal of creating a museum even when Jan lived in Poland. However, at that time it seemed unrealistic. 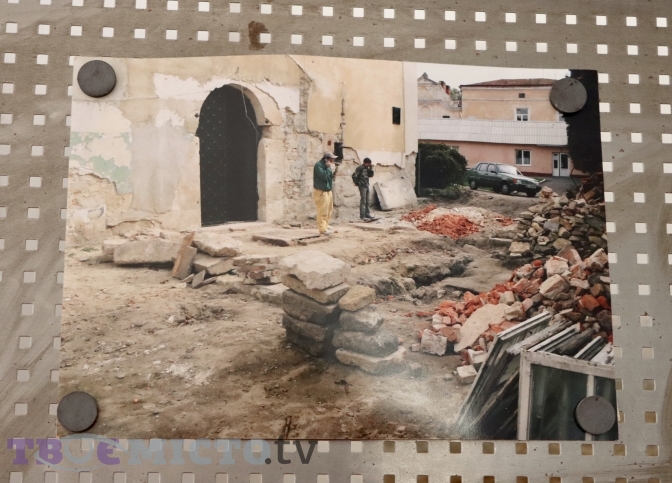 «Father Sevastyan visited us in Poland many times. He is familiar with our family, so he told me about his plans to make a museum in Lviv. It seemed unreal to me then. In addition, everything in these premises was destroyed,» – says Jan Sheptytskyi pointing on the photos. 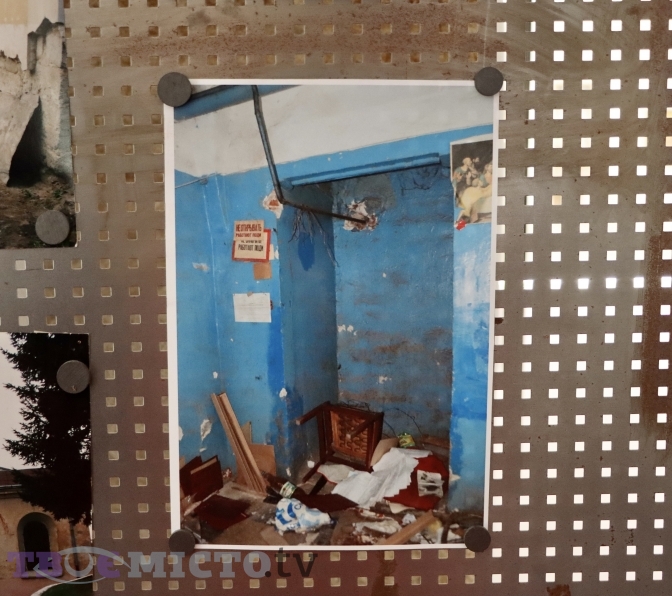 According to Jan Sheptytskyi, the whole family knows about the opening of this museum. Even those relatives who live now in Canada or the USA would also like to visit here.

«All of Sheptytskyi [relatives] keep the memory of Metropolitan Andrey, and everyone knows about this museum. It was planned to gather the Sheptytskyi family in Lviv for the opening of the museum so that everyone could be together, but the lockdown prevented this. After all, only 50-100 people came,» – he says.

Despite the fact that this plan could not be implemented a year ago, Jan Sheptytskyi really hopes that the family will be able to gather here in the near future.

Not only Jan Sheptytskyi helped to open the museum, but also some family members who provided photographs. 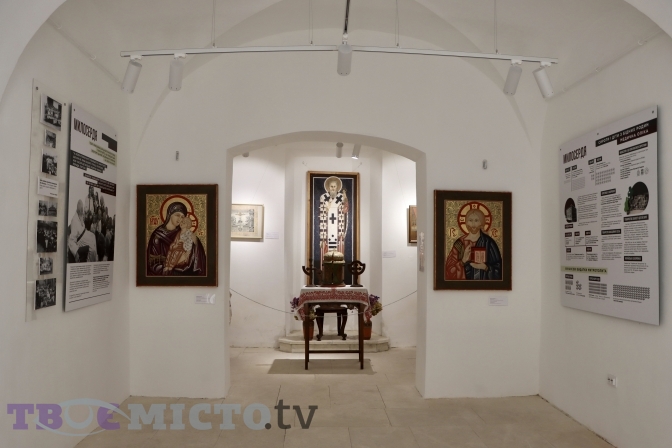 «The museum uses many photographs preserved by the Sheptytskyi family. My cousin is currently working on the archive of these photos and has digitized a lot of them. Here I helped to work with my hands when everything was cleared. People worked non-stop for four days. Everyone was very inspired,» – says the man. 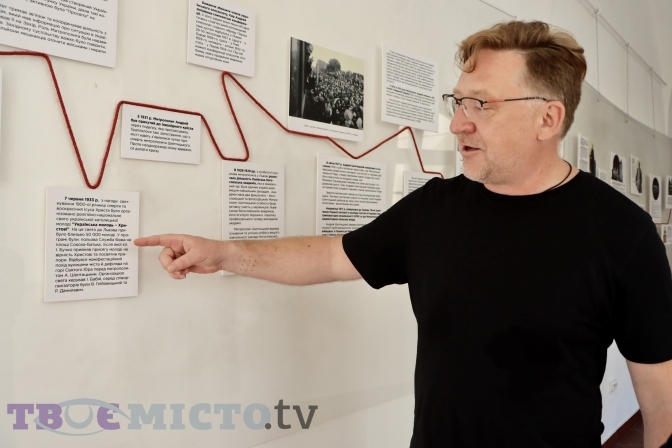 The Metropolitan’s personal belongings were not preserved in the family, so there was nothing to hand over to the museum except photographs. Jan Sheptytskyi explains that this happened because when the Bolsheviks came to Western Ukraine in 1939, they either killed many, or people fled without any property. Therefore, the family had no physical pre-war relics. 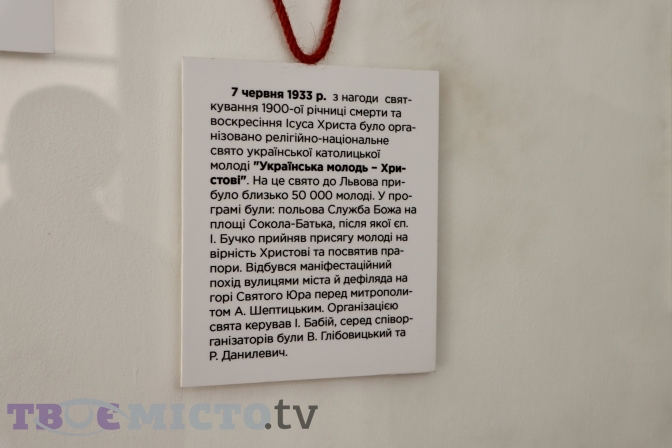 «There is a dream – to make different thematic halls in the museum. One hall about the Sheptytskyi family, so that the family there could also take part in the preparation of the exposition. Another hall – since Metropolitan Andrey saved the Jews – to make an exposition with the Jew’s history. By the way, the Jews once also saved the Sheptytskyi family. Then find organizations that were engaged in business activities at that time,» – Jan Sheptytskyi shares. 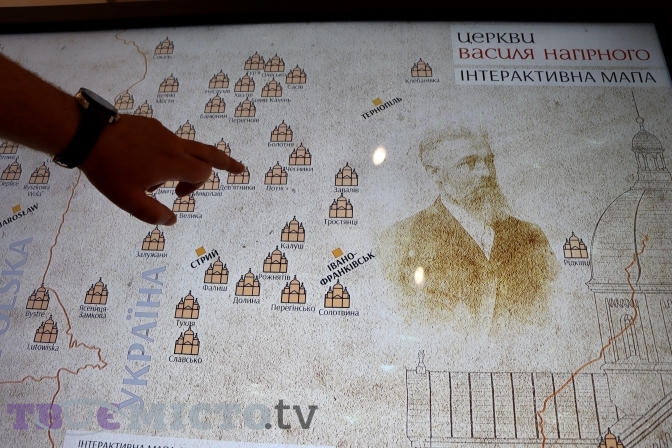 But for now, this is just the plans, since there is not enough space in the museum to implement all the plans.

The institution owns only the first floor of the former cells, and the second floor was left for use by the University of Internal Affairs.

«When President Volodymyr Zelenskyi came to Lviv, he promised that if another equivalent location was found for the university, the educational institution would free up all the premises and territory for the museum. Later, the university was offered an option of 800 square meters, even larger than this place, but they still haven’t moved, and it looks like everything will remain as it is,» – says father Sevastiyan. – «So, if there is no place for Metropolitan Andrey in Lviv, then we will move from here,» – he adds. 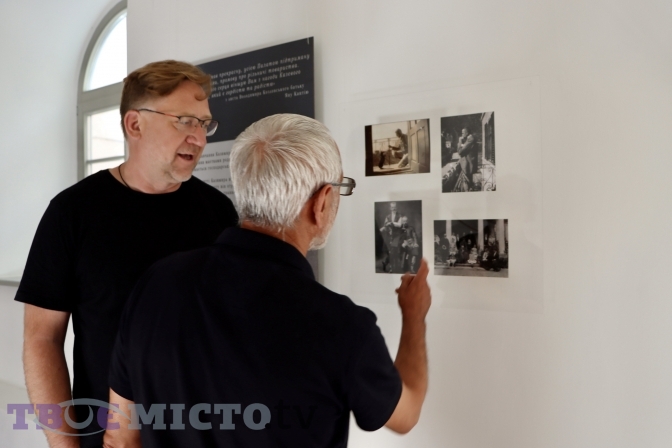 Father Sevastiyan says that only about a hundred samples are exhibited in the museum. All other objects are stored in funds due to a lack of space. 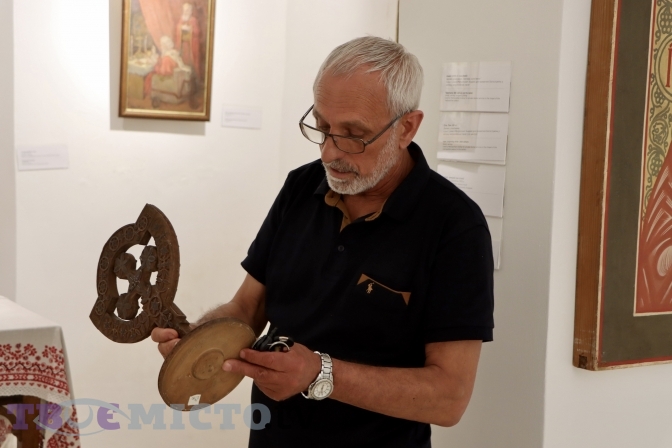 «All things here are directly related to Andrey Sheptytskyi. These are items that he used, and this is not a dummy,» – he explains. 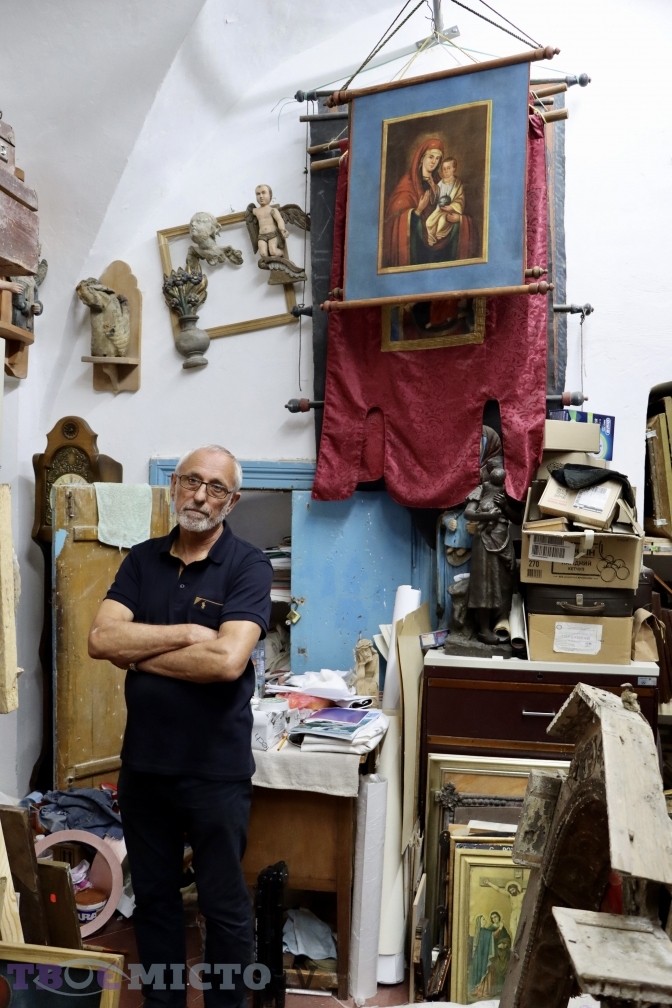 Father Sevastiyan shows how many exhibits are still in the museum collection. He says there are about half a thousand of them here. Currently, they are waiting for their time or undergoing restoration. The small rooms, which are called «the foundation», are very atmospheric and smell of wood, antiquity, art and holiness. 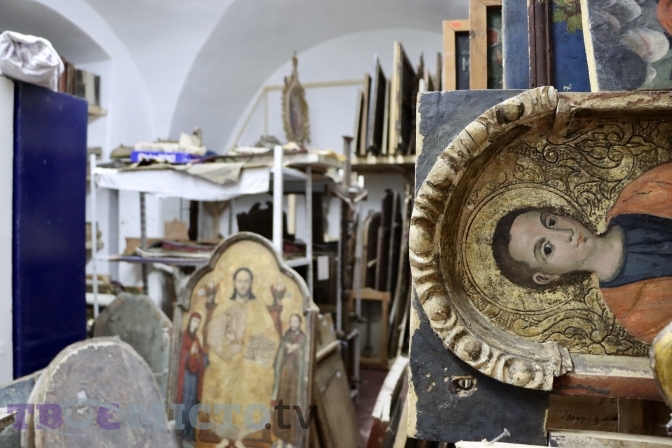 «In total, I collected six thousand exhibits of sacred art. Some of them are kept in the monastery of Univ. Part are in the Church of St. Mykhailo in Lviv. I started collecting sacred works since Soviet times,» – says Father Sevastiyan Dmytrukh. 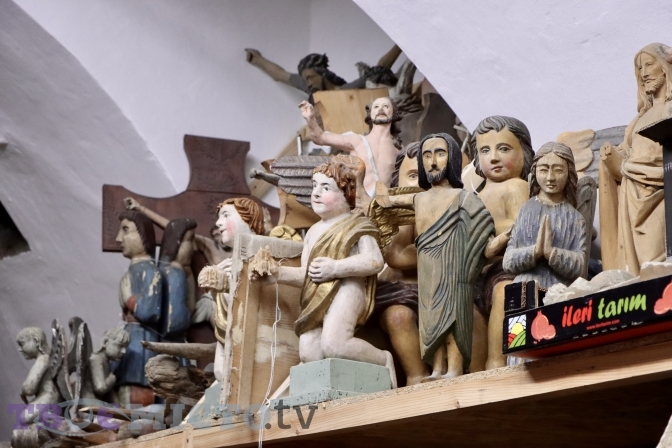 Now in the halls of the museum, you can see icons, paintings, sculptures, old books, household items of Andrei Sheptytskyi, his seals and dishes with the family coat of arms. There are also the Bishop’s clothes: a white linen cloak, headgear, prayer book, belts, omophorus. 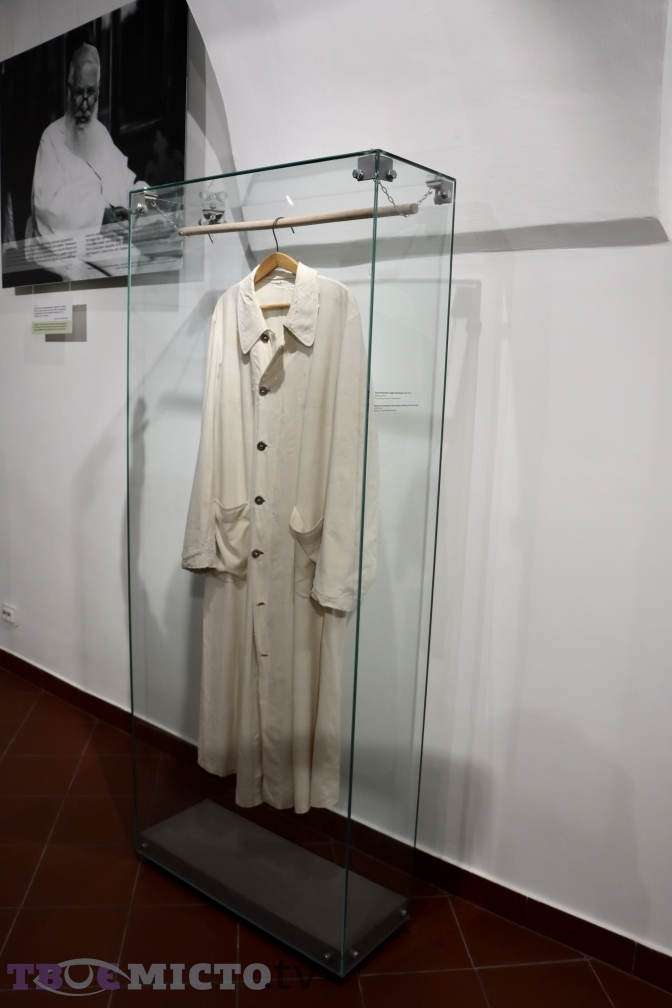 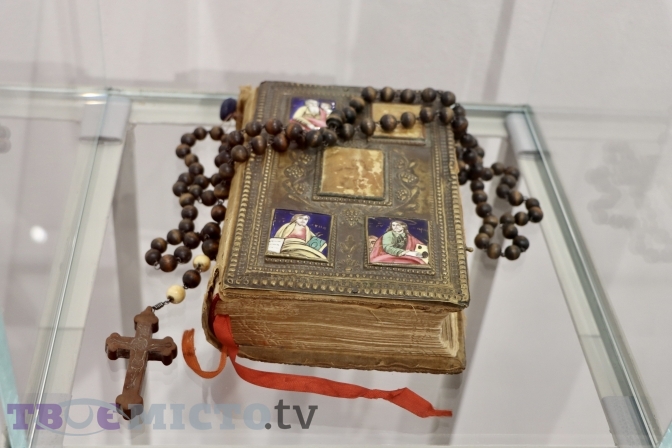 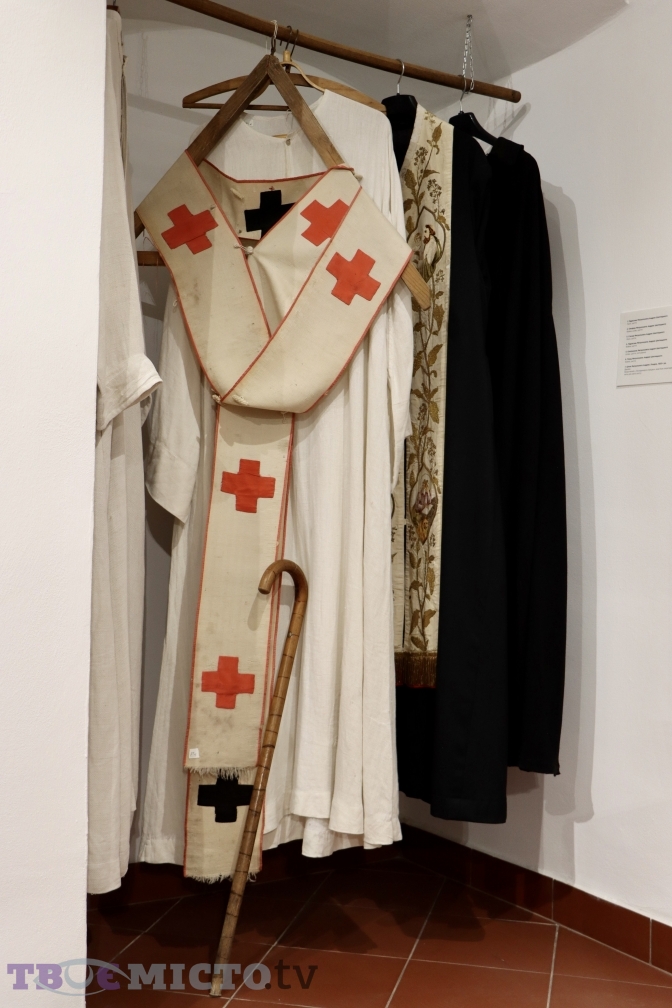 The founders are also planning to present a pedigree of Sheptytskyi from 1284 in the museum. By the way, the Metropolitan’s grandmother was a direct relative of King Danylo [the ruler of Galicia and Volhynia, 1201-1264] in the 13th generation. Additional areas are required only to create a genealogical tree. 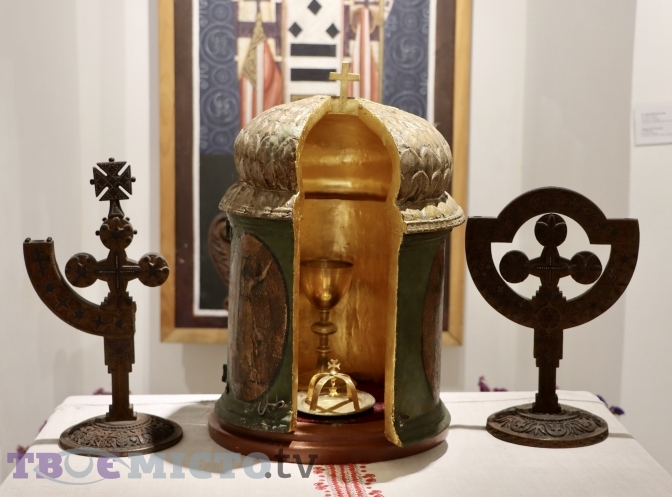 «Many people don’t even know well who Sheptytskyi was. He cared about the poor, was a great theologian, and united churches. There are materials about all this, and it should be presented to people. He was a great man,» – Father Sevastiyan says.

Despite the fact that the museum of Metropolitan Andrey Sheptytskyi is quite young, it is visited by many people. Father Sevastyan says that in March, 3,500 people visited the interactive exhibition about artists financed by the metropolitan. 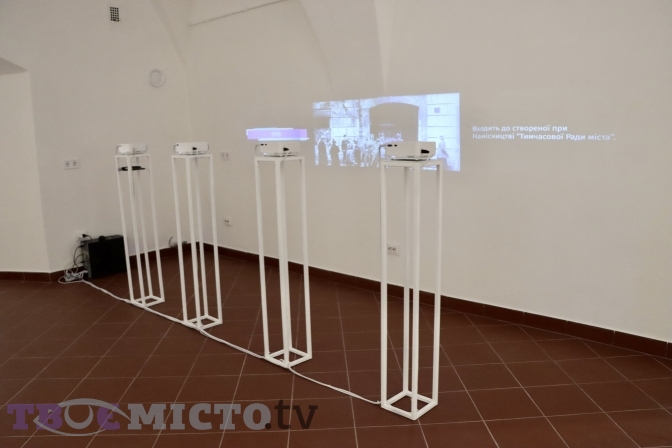 In addition, the museum plans to hold not only exhibitions, but also conferences, discussions, meetings with interesting people, film screenings and various presentations.

«Metropolitan Andrey Sheptytskyi was a very modern figure of his time. He built hospitals, was involved in Plast, and helped businesses. So we also want to make space here for young people and for businessmen who would gather here for discussions,» – says Metropolitan’s nephew. 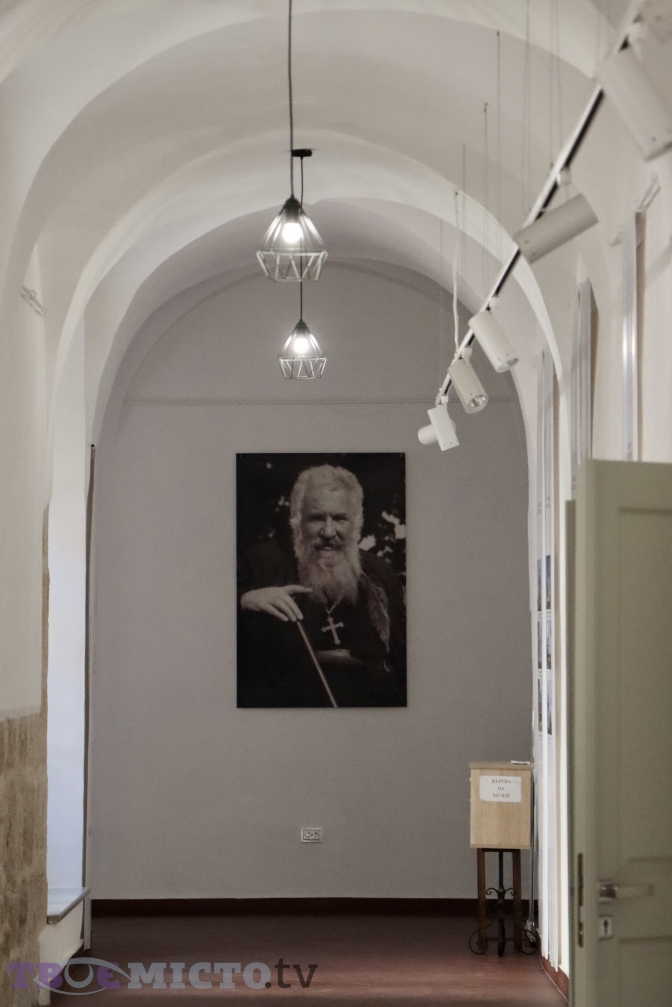 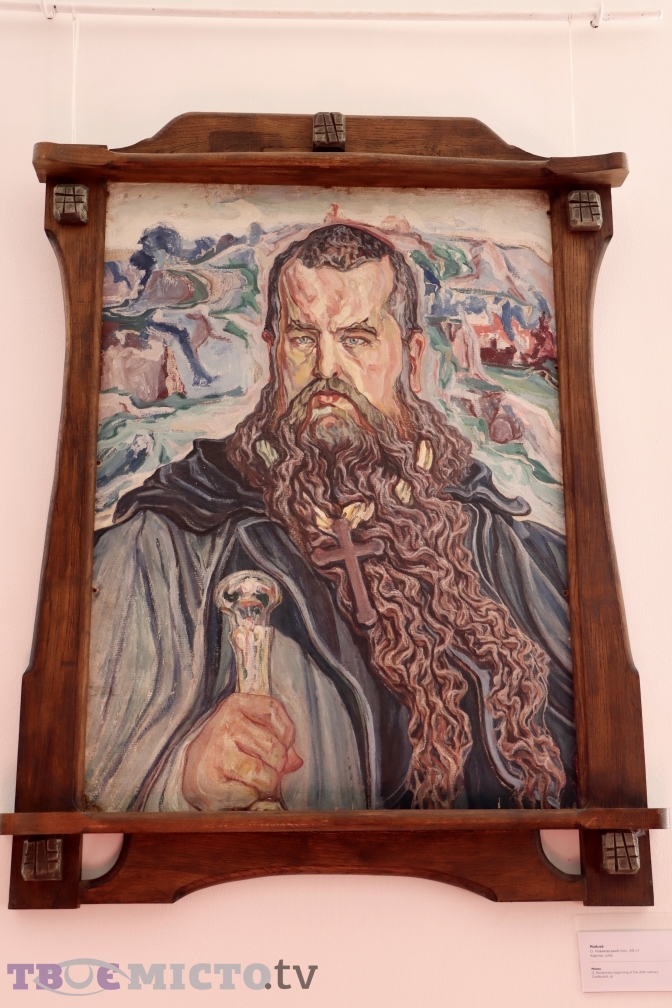 Father Sevastyan says that he has been seeking a place for the museum for about ten years. He negotiated with the local authorities about this and even intended to go on hunger strike, because the process did not budge.

«Metropolitan Andrey Sheptytskyi did a lot for these lands and for the people who lived here. This is our history, and we have many materials to restore it. That’s why I don’t understand this attitude,» – says Father Sevastiyan Dmytrukh, abbot of the Church of St. Klymentius Sheptytskyi.

In turn, Jan Sheptytskyi also expressed his concern that the issue of expanding the museum’s territory will not be resolved.

We will remind you that last year, the Ministry of Internal Affairs gave the first floor of the former cells at Kryvonosa Street, 1 to the museum, and left the second floor for its own use.

The monastery itself and the church at Kryvonosa Street, 1 have the status of historical monuments and are protected by UNESCO.