Schedule: Day of Defenders and Defendresses of Ukraine – and of the Theotokos

21:05 11 October 2021
Tweet
205 0
This year the name of this holiday includes women, on an ancient day commemorating the Mother of God as well as generations of those who have fought to protect Ukraine. Here’s the program. 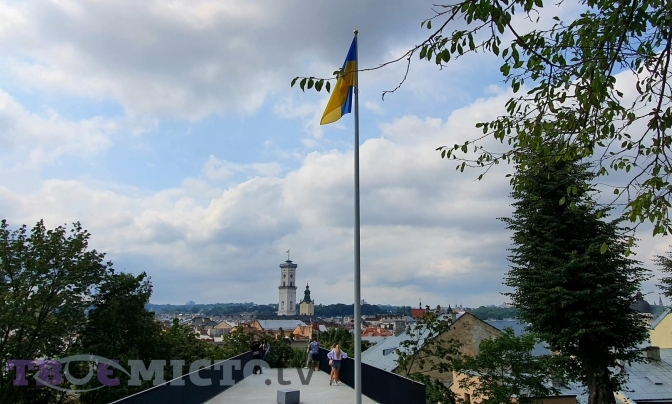 This Thursday 14 October Ukraine celebrates the Defenders and Defendresses of Ukraine Day – a day that from its inauguration in 2015 until this year was called Defenders of Ukraine Day On the 79th anniversary of the UPA (Ukrainian Insurgent Army), a number of events were planned in the Lviv region. This information was reported by the press service of the Lviv Regional State Administration.

President Petro Poroshenko decreed the holiday in 2015 in the wake of the Euromaidan Revolution, as part of an effort to create Ukrainian holidays instead of following the old Soviet ones. Replacing the Soviet-era Defender of the Fatherland Day.

The new defenders day was set for 14 October, the feast of the Intercession of the Theotokos, aka Mary the Mother of God, a holiday dating to at least the 12th century. The Theotokos is also patroness of the Ukrainian army, dating back to Cossack times in the 15th century. In July 2021, Ukraine’s Verkhovna Rada (parliament) added «Defendresses» to the title.

In particular, the memory of fighters for Ukraine’s independence will be honoured at Lychakiv Cemetery. The event will begin at 9:00 am 14 October. Later, at 10:30, a prayer for the defenders of Ukraine will take place in the Garrison Church of St. Peter and Paul, a former Jesuit church which is now a Greek Catholic temple affiliated with the military chaplaincy. The famed Cossack hetman (leader) Bohdan Khmelnytsky studied in the 17th century at what was then the Jesuit College next to the church.

At 11:30, as part of the event, the students of the Lviv State Lyceum with enhanced military and physical training named after the Heroes of Kruty will take a solemn oath on the territory of their educational institution.

Also at 13:00, residents of the Lviv region are invited to join the events taking place near the Memorial to the Heroes of the Heavenly Hundred.

To honor the memory of those who died in the Russian-Ukrainian war, the annual meeting of its veterans will be held in the courtyard of the Lviv Regional State Administration near the centre It will start at 14:00.