The author of “Solaris” was a Lviv native. Now, the city regains memory about him

21:18 14 September 2021
Tweet
372 0
The information board about Stanislaw Lem was installed as part of the celebration of the writer’s 100th anniversary. Also, a square devoted to the writer is expected to appear in the city till 2023. 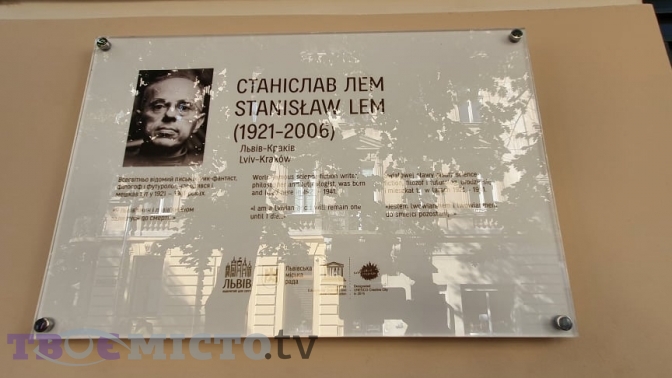 The solemn opening of the information board about Stanislaw Lem took place on September 12 in Lviv. It was installed on the facade of the building where the prominent science fiction writer and philosopher lived with his family - on Bohdana Lepkoho street, 4.

The Lviv city council organised the installation of this board as part of the celebration of Lem’s 100th anniversary. He was born on September 12, 1921, in Lviv and crossed the border of millennia before his death in Krakow, Poland, in 2006. During the event, Lem’s translator into Ukrainian Andrii Pavlyshyn, representatives of Krakow city council, and Lviv Mayor Andrii Sadovyi gave speeches. 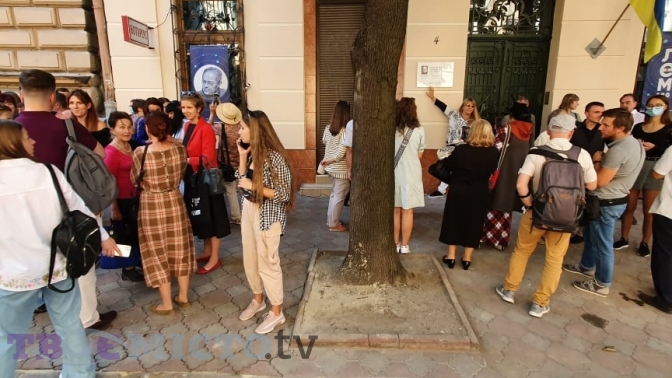 In December 2020, the arrangement of a creative space devoted to the writer began on the territory of the former tram depot on Sakharova street. The completion of renovation works is expected till the end of 2023, according to Mykhailo Lemak - the chief executive officer of creative hub Lem Station, which is a core of the emerging space.

Next year, Lviv culture scientist Bohdan Shumylovych is planning to organise the Futurologist Congress, also related to Lem, a science fiction genius who predicted social networks and virtual reality. Nevertheless, there were almost no official signs of memory about Lem in Lviv before this year, despite his direct connection to this place. 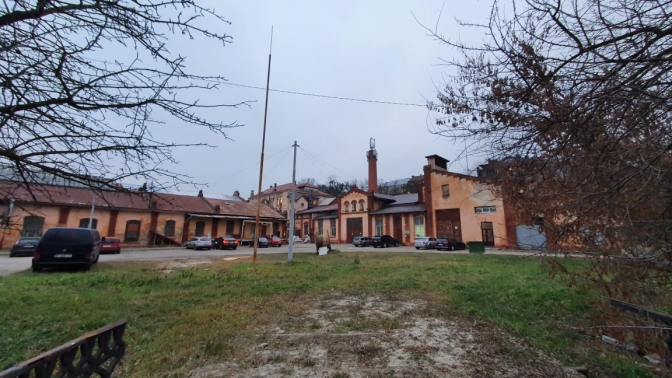 The works of Stanislaw Lem were translated into more than two hundred languages and published in the form of some 35 million books. The writer was born in Lviv, attended a local gymnasium and university, wrote his first novel and spent the first third of his life here, describing this in his autobiographical book “High Castle”, of which Massachusetts Institute of Technology Press released an English version in 2020. The title refers to the Vysokyi Zamok, the high hill overlooking central Lviv upon which a castle used to stand and which now is a popular spot from which to view the city.

After the second arrival of the Soviet army in 1945, the writer emigrated to Poland and never returned to his native city again. At the same time, Lem always emphasised his Lviv identity and stated that he would be a Leopolitan resident till his death. Incidentally, his last name “Lem” recalls “Lemberg,” the German-language name for Lviv, “the city of the lion.”

“I cannot say that I’m totally happy. My happiness was left in Lviv after I moved from there”, - he wrote.

Let us add that the Lviv city council approved the program of Stanislaw Lem’s 100th-anniversary celebration during its session on March 25. The program is designed for the year 2021 and defines the strategy of holding the events in the city, aiming to popularise the writer’s figure and literary heritage. In particular, a scientific conference “Stanislav Lem: Trauma and Art” took place today in the Centre of Urban History in Lviv. There, the university scholars, writers and professional translators from Ukraine and the USA discussed the writer’s philosophical concepts, the worldview of his characters and the specificities of translation of his texts.

We will also remind you that the BookForum in Lviv starts tomorrow, September 15, where the two lectures about Stanislav Lem will take place:

September 16, 13.00-14.15: “Open conversation "LEM: return to Lviv" (on the occasion of the publication of Wojciech Orliński's book "LEM. Life is not from this land" in Ukrainian)”