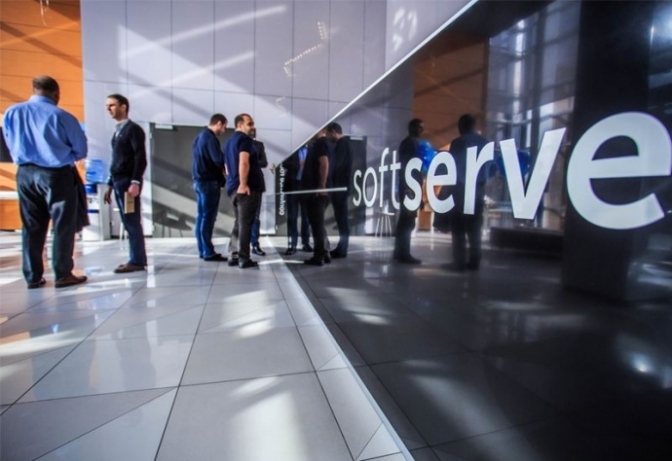 A futuristic IT-campus will be built in Lviv, on Khutorivka street, at the site of a former prison. There will be offices, housing, a sports complex, as well as an English-language school, kindergarten, and possibly a science museum. It all is promised to be built by SoftServe, a global tech consulting and development firm with more than 9,000 employees and which is headquartered in both Lviv and in Austin, Texas. Softserv became the new owner of the territory after buying almost 10 hectares of the former penal colony at Khutorivka, 2 street.

On June 11, it became known that SoftServe plans to create an office campus on this location, which will unite part of Lviv’s offices, as well as equip facilities for recreation and development.

In addition to the creative space, the campus is going to become an iconic futuristic object.

«We have long considered the possibility of creating a single space for our teams. With the appearance of a specific area for this project, work on its completion will be significantly accelerated. The SoftServe office campus will become the creative center of our city and a model of the offices from the future,» – said Oleh Denys, a co-founder and a member of the SoftServe Board of Directors. English-language kindergartens and schools for the children of expats, working at SoftServe, will be built here as well. International architectural companies will be involved in the creation of this project, and SoftServe will announce an international architectural competition. The project could take five to six years, and the investments in the city, according to Lviv’s mayor Andriy Sadovyi, could reach more than $50 million.

«One of the working versions for SoftServe is building the IT-campus. It’s difficult to describe in detail now, but we clearly see that there should be educational institutions. We have our own university, which we want to develop. There is a request from employees for a school where the teaching is conducted in English. We also need English-speaking kindergartens (daycares). Maybe, there will be another Museum of Science, we will be creative, because there are a lot of ideas, but we can’t share exact plans yet, because this project was extremely intensive and a bit unexpected» – said SoftServe co-founder and board member Oleh Denys. The area of almost 10 hectares was put up at auction in 2020 by the Ministry of Justice of Ukraine, as part of a «big sale of prisons» aiming to fund the state budget due to privatization. The colony’s territory is located in an attractive district of Lviv, surrounded by a range of newly constructed buildings, so the price of this lot was raised during the auction from 132 to 377 millions of hryvnias (4.7 to 13.5 $ million). The highest price was offered by the company «Development engineering service», related to the group of companies «SoftServe Consulting». A small part (0.9 hectares) of the colony’s area was also bought by LLC «Agricultural product market ‘Shuvar’».

Olena Vysotska, a deputy minister of justice, told Tvoemisto.tv that 70% of money earned from privatization will go directly to the Ministry of justice to be used for renovating existing prisons and constructing the new ones. A new penal institution will be built in Lviv on Zbyralna street, instead of the old one on Horodotska street. Other money will become a part of the state budget. Along with the Ministry’s recommendation, Lviv’s chief architect Anton Kolomeitsev commented to Tvoemisto.tv that there should be only 25% of housing, and the rest of the area should be used as public space.

«There should be offices, a large sports complex, public gardens, a school for about 18 classes and a kindergarten for 150 children», – says Anton Kolomeitsev.

The colony was built in 1946, initially as a youth detention centre. There was a scientific research institute on the grounds, which developed modern technologies implemented in different regions of Ukraine. In 2017, officials decided to close the colony due to poor living conditions for prisoners, and a year later, about 700 of them were transferred to different penal institutions.