The lasting love and chance to live. The story of a nurse from Lysychansk who exploded on a projectile

17:12 15 May 2022
Tweet
452 0
Oksana lost her legs and fingers on a hand, but survived and got married to her beloved man, Victor, in Lviv. Now, they plan to go abroad but plan once to get married in the church – in Ukraine and on her new feet. 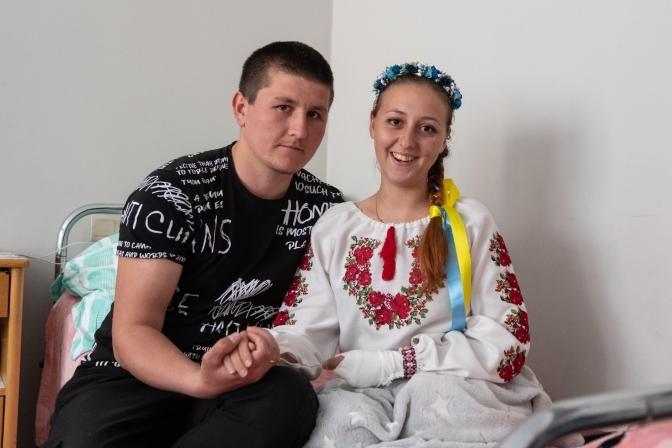 The war deprived 23-year-old Oksana Balandina of the ability to walk, but did not deprive her of the courage and strength to live in her own country, to marry in the hospital ward with her beloved man, with whom she is already raising two children. At the end of April, she exploded on an enemy shell in her native Lysychansk, as a result of which both legs and several fingers on one of her hands were torn off. Now, the woman is waiting for prosthetics abroad, after which will continue to embody her dreams. The woman does not have much of them. Lviv Now met Oksana in the ward of the Lviv hospital. She sits on a hospital bed and runs her fingers over the bandages on her legs, where her legs used to be earlier. Embarrassed, she immediately covers everything with a blanket. Simultaneously, she smiles all the time.

Calmly and thoughtfully, as if it had happened to someone else, she begins to tell her story.

Oksana Balandina is a nurse in the neurology department of the Children’s Regional Hospital in Lysychansk. On March 27, the woman returned home with her man and a friend. But this time, they decided to shorten the path. The trail that ran along the river has been familiar to them for a long time. Oksana walked first, the men behind her. The woman saw a shell sticking out of the ground and had just shouted at her man: «Look how it detonated.»

The woman remembers how she fell face down on the ground and felt a continuous rumble in her ears. She recalls how she turned on her back and started tearing her clothes because she seemed to be suffocating. Her man immediately ran up to her and started giving first aid. The ambulance they called arrived a few minutes later, but medics were afraid to come closer and said they would wait for rescuers. Without hesitation, the man and Oksana’s stepfather took the woman to the ambulance. «I had bones in my legs fragmented. I was conscious, I remember everything… The young paramedic who was travelling with us was scared, her hands were shaking, so I had to tell her where to put the drip. I recall how I felt bad, I started to choke. But when I asked for oxygen, it wasn’t found in the ambulance. I don’t know what she brought me there, because I regained consciousness in the hospital. The first thing I shouted was ‘mother,’ because she worked at a local hospital,» – says Oksana Balandina.

Read also: ​​A boy takes care of his mother and sister who lost their legs after the missile attack in Kramatorsk

At the hospital, the young woman underwent four operations at once – amputation of the lower limbs (up to the level of the thighs), four fingers on the left hand. She also had third-degree shock.

When she regained consciousness, her man and mother did not leave her for a moment.

«When I realized what had happened to me and what the consequences were, I just didn’t want anything – I didn’t want my children to see me as a disabled person, I didn’t want to be a burden to anyone, I didn’t want to live… But now, I resigned myself. If God left me alive in this case, then so is my destiny. I have to live,» – the woman added.

A few days later, a woman was evacuated from Lysychansk to Dnipro. During her treatment and rehabilitation, Oksana underwent surgical dressings, was instructed to balance and bandage herself. On April 26, she was transferred to Lviv. Her husband Victor, 23, is with her all the time. It’s official now because last week they became a legal husband and wife.

The young couple has been together for 6 years, but both say they never had time to get married. They say it was due to life, work, daily routine.

«I have known Oksana since I was 12 years old. We met at a children’s camp. She is my first love, but also my first disappointment because I had to lose her and then repel her ex-fiancé…,» – says Victor. 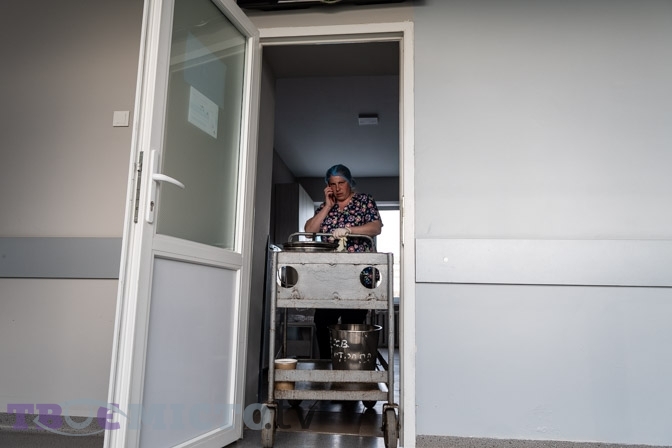 In Lviv, they decided to finally get married. The newlyweds submitted an application and the next day, they were registered at the Lviv Railway District. When they returned to the hospital that day, a surprise was arranged for them. They had the first wedding dance and kiss. There are already two children growing up in the family – 7-year-old son Illia and 5-year-old daughter Diana. Now, they are in the Poltava region together with their grandparents.

«I was most afraid of losing Oksana. At the moment when she exploded on the shell, I wanted to cry, but couldn’t. Oksana herself was afraid, she just coordinated everyone and said who must do what,» – Victor continues, switching to Russian more and more often. He says that when he is very worried, he immediately speaks so.

Oksana and Viktor registered as internally displaced persons in Lviv, the husband went to the military enlistment office. Right now, they are preparing documents for going abroad. Oksana Balandina’s rehabilitation and prosthetics will be performed in Germany. When asked if they plan to return to Ukraine and their native Lysychansk, they say yes. However, they will not return to their hometown soon, because it is scary.

«In our case, only the path was mined, imagine what will happen after the war. Scary. First of all, we are afraid for the children,» – the couple said almost unanimously.

Oksana Balandina really likes Lviv. She says she has already managed to visit the city centre. Although she’s not very comfortable driving on the pavement, but she calls people kind, sincere and friendly. By the way, the taxi driver who drove them, having recognized the woman, refused to charge for the service.

The woman does not have many dreams. She constantly thinks and worries about her children and most of all dreams of living in a peaceful Ukraine. A man’s dream is to rewind time so that tragedy does not happen. Oksana and Victor plan to get married in the church. But, as she emphasizes, it will definitely be in Ukraine and on the feet.

As Lviv Now was told by Hnat Herych, head of the 1st surgical department of the First Medical Association of Lviv, almost from the first day of Russia’s full-scale war against Ukraine, their facility began accepting the wounded who were brought from towns and villages where the fighting took place. Now, he also doesn’t have much time to talk – he has just returned from another operation and answers phone calls every minute. He advises someone, explains to someone, tells others how to get to the hospital. 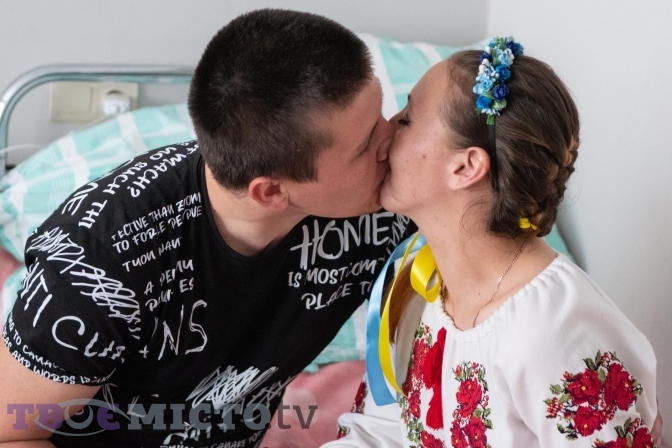 Read also: «We operated on a patient who had 18 parts of her body injured.» How Lviv medics rescue the war victims

Most of the wounded and maimed were transported from the east, the centre – in particular, Kyiv, Kharkiv, Mariupol, and other cities that were occupied or destroyed.

«Our department used to provide assistance to people with injuries. However, the war is an extremely serious injury and much more aggressive, because it’s caused by mine explosions or missile strikes,» – said Hnat Herych. 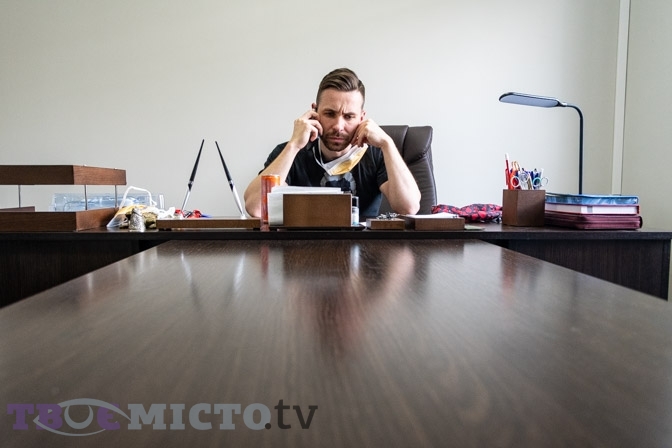 The hardest was in the first days of the full-scale war. For doctors, nurses and all staff, the day started earlier, ended later, and sometimes didn’t end at all.

«Earlier, we thought that the period when more than three or four people turn to us at once is a lot. But during this war, our hospital received more than 60 patients at one time! It happened exactly during an air strike near Lviv. We received and operated on all people, and this is the first such case in the history of the hospital. This was not the case even during the Sknyliv tragedy [July 27, 2002 air show disaster on the Sknyliv airfield near Lviv, as a result of which 77 people died],» – said the doctor, who performed seven surgeries that day, some of which lasted several hours.

During the war, the hospital had to provide assistance to young boys and girls aged 18-20, with amputated arms and legs, and older, 50-60 years with multiple injuries. Hnat Herych even had to operate on a patient who had 18 parts of her body injured, starting from the face and finishing with the rectum and limbs. An 18-year-old boy was also treated in the department, after he survived the bombing, in which his parents were killed.

«It’s difficult to see patients with serious injuries and mutilated faces. Some people even need a face transplant, which, unfortunately, is not performed in Ukraine at the moment…», the doctor explains. 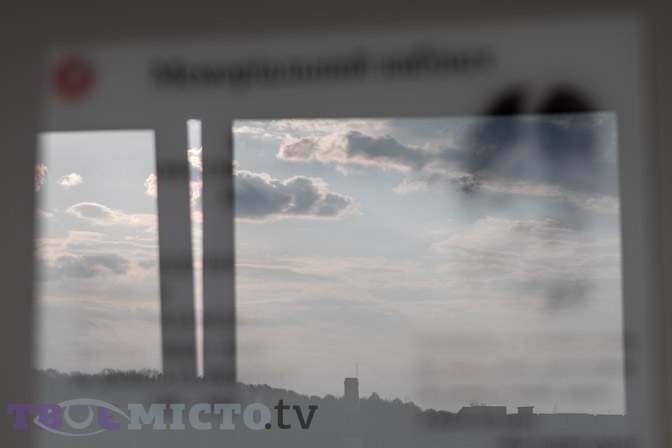 As for the most difficult cases, there are a lot of cases, says Hnat Herych. For example, a doctor had to save a friend, singer and actor Dzidzio. According to the surgeon, according to all canons and medical forecasts, he had no chance to survive, because almost all organs and systems were damaged. But he was saved after more than 12 operations.

According to the surgeon, what impresses him most about patients is their patriotism and desire to defeat the enemy. 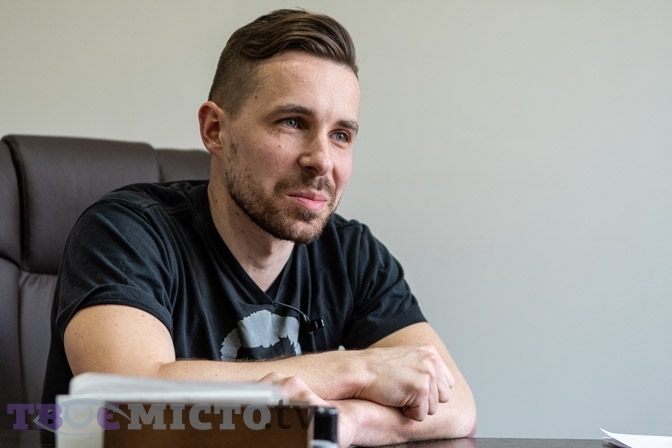 «We will definitely win, because Ukrainians are free and phenomenally patriotic. In war, people often lose everything but remain with great optimism, love for life and the country. Now, we have a 100% one nation, as well as a force that has already been appreciated by the whole world,» – Hnat Herych added.