The number of Lviv tourists increased 50% compared to the previous Corona year. Infographics 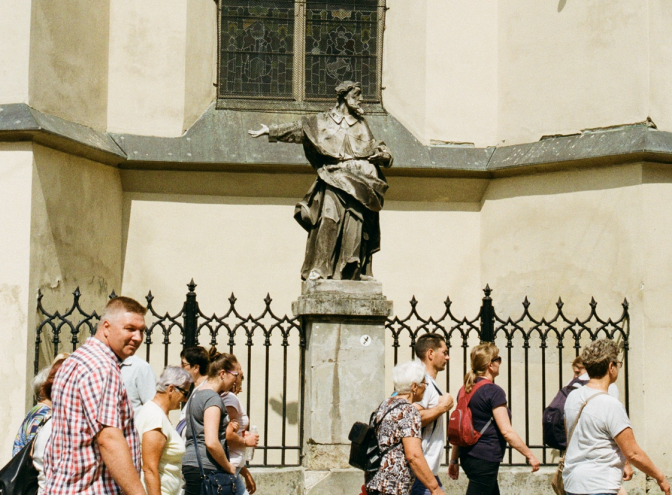 Photo by Maryna Nikolaieva on Unsplash

From January to September 2021, more than 21,000 people applied to tourist information centers in Lviv, among which more than 11,000 were tourists–not of course counting the many people who do not seek such information. An average foreign tourist stayed in Lviv for 4-5 days and left about 295 euros here. This was reported to >Tvoemisto.tv by Vitalii Kulyk, director of the Lviv Tourism Development Center.

Most guests were from Poland, Turkey, and Saudi Arabia, Germany, and Belarus.

Due to easing of the quarantine period compared to the previous year, in Lviv, there is a growth of foreigners – by 57.93% and Ukrainians – by 68.34%.

Where did they stay? Forty percent of foreign tourists chose apartments, 35% – hotels, and 12% – hostels. 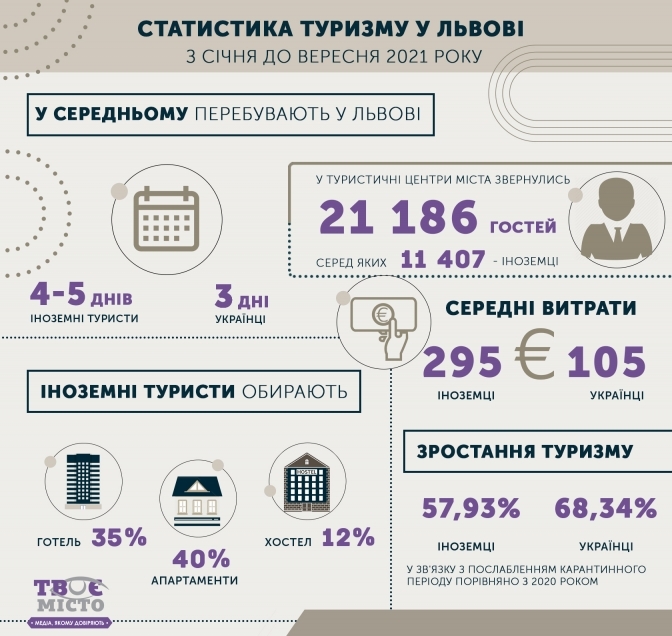 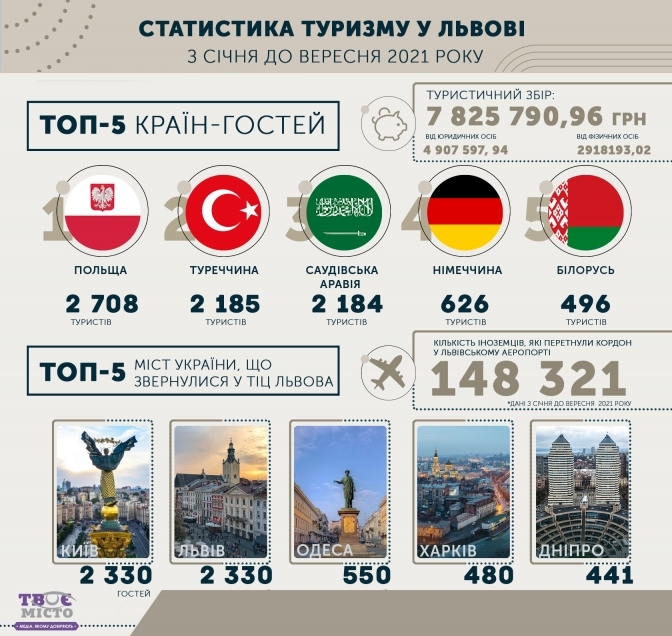 We will add that >Tvoemisto.tv  held a public forum on «How to» sell «Lviv to tourists. New directions and experience of other tourist cities « (Ukrainian) in order to discuss how tourist Lviv does not lose its potential and develop further even in the conditions of restrictions, as well as to consider what methods other tourist cities have resorted to.

The public forum is part of Tvoe Misto’s («Your City») regular series of single-issue problem-solving public forums. Tvoe Misto is the parent publication of Lviv Now.