16:03 21 Februart 2022
Tweet
213 0
In December 2020, the British newspaper Daily Mail included Pidhirtsi Palace on the list of abandoned and dilapidated grand and majestic buildings of the world. 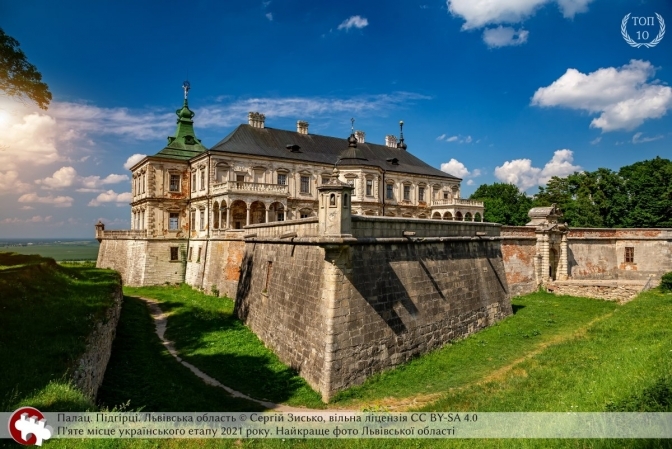 In the photo contest of cultural heritage monuments «Wiki loves monuments 2021«, the jury announced the top ten best photos, among which is the castle of Pidhirtsi in the Lviv region. Thus, the image of the Pidhirtsi Palace by Serhii Zysk took fifth place.

Read also: «Destroyed like Troy». How three families bought an abandoned palace and started to restore it

In 2021, participants submitted more than 25,000 photos and videos of cultural monuments of Ukraine.

We will note that the photo of St. George’s Church in Drohobych, Lviv region, was chosen the best in the «Wiki loves attractions 2020» contest. The author of the photo was Olena Kurylo. 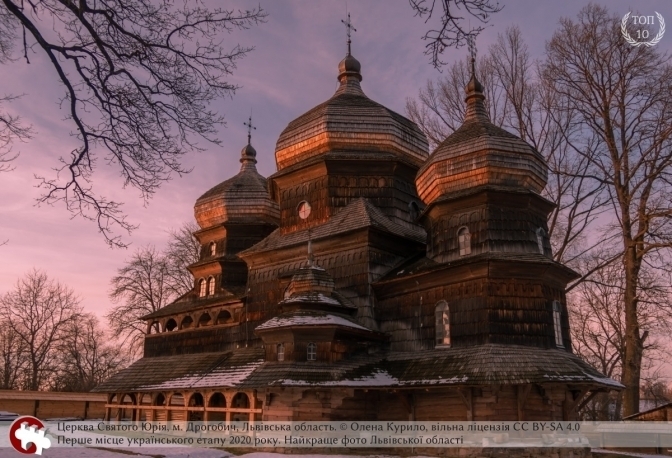 Photo of St. George’s Church in Drohobych by Olena Kurylo

It will be recalled that Pidhirtsi Palace, located in the Brody district of the Lviv region, was included in the list of abandoned and dilapidated grand and majestic buildings of the world published by the British newspaper «Daily Mail». 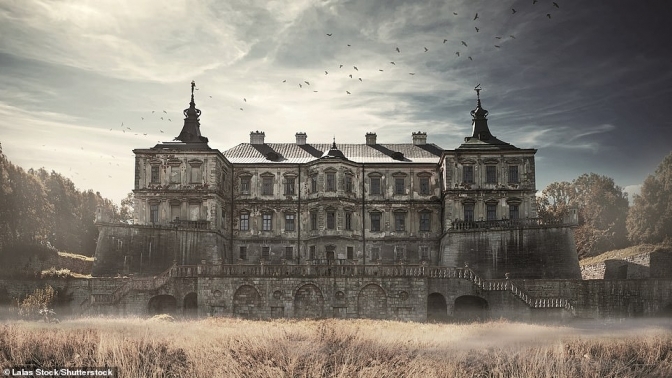 The castle in Pidhirtsi was built in 1635-1640 by the Crown Hetman of Poland Stanislaw Koniecpolski under the direction of the famous Venetian architect Andrea del Aqua on a project such as «Palazzo in Fortezzo», ie «palace in the fortress». The inscription in Latin at the entrance «Wreath of War is Victory, Victory – Triumph, Triumph – Rest» reflects the purpose of the estate in Pidhirtsi «for consolation after the hardships of the military.» The castle was a combination of a magnate’s residence and a defensive fortress.

At different times, the noble families of Konietspolski, Sobieski, Zhevuski and Sangushki ruled here. Kings and artists were enchanted by the beauty of the building. Gradually, it turned into a harmonious ensemble unique for this area with a multi-storey park and church, rich interiors and a large collection of paintings.

However, during and after World War II, this incredible palace was destroyed: it was looted, survived a fire and served as a sanatorium. Only after 1996, the castle became part of the Lviv Art Gallery and began a long journey to restoration.