«The Rubicon was crossed.» Vakarchuk about the formation of new Ukraine and the final battle 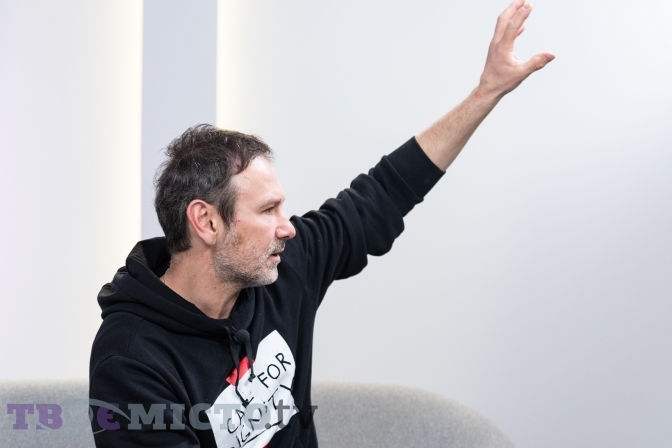 The Rubicon was crossed on February 24, when Ukrainians felt that there was no other way to defend themselves than to fight. The final battle is ahead, and it depends on how the West helps us defend freedom and European values. This was emphasized by Ukrainian musician Sviatoslav Vakarchuk during the discussion in a studio of media hub «Tvoe Misto».

«What is clear to me, and I keep repeating it all the time, is that today, Ukraine has been born as a political nation. We had a long history of being an ethnical nation, five centuries or more… The empire we were part of was completely trying to ruin all our efforts, and generally, we understand that the Russian elite, and to the great extent the Russian society does not recognize and does not take seriously the very existence of the Ukrainian state. So, in this particular case, in this paradigm, Ukrainian struggle for independence reminds me of what Israel did for a long time, when it was surrounded by hostile neighbours who did not recognize the existence of this state,» – the musician compares.

He also adds that Western countries have already passed this stage many years ago, and now, we are fighting for who we want to be and for deciding our own future. Sviatoslav Vakarchuk says that this is a struggle for freedom, perhaps not only ours but the freedom of Eastern Europe.

«The moment when the President or the party works against the interest of people, and people feel it, they either say a word in the election, and the power is completely different. Or like in 2013-2014, the fight till the end, until forcing the power and the government to give up. And we know this example when the former president Yanukovych after those events just fled away. It is in our soul, in our DNA. And we are not ready to give up something that we feel we own. The Rubicon was crossed on February 24, 2022, when Ukrainians finally understood that there was no other way to defend themselves than to fight,» – the musician said.

Vakarchuk says that if Putin’s scenario succeeds, he would not stop, and this would be the greatest nightmare for the entire democratic world. And the more Western leaders hesitate, the longer these global problems and anxiety exist. Therefore, instead of fearing that Putin may start World War III, the opposite is true – that by helping Ukraine, the West will become more certain that all this nightmare will stop as soon as possible. 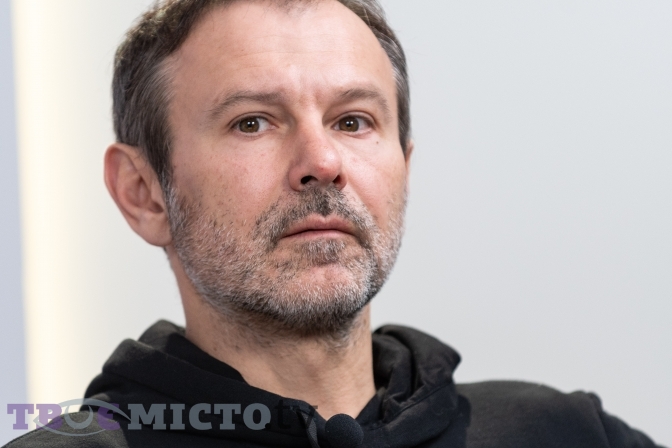 Read also: «They are afraid of death more than we are.» A psychoanalyst Roman Kechur about Putin and the Russians

However, Vakarchuk does not believe that Western leaders do not understand what is happening to Putin.

«There are many factors, and governments of different nations have their own interests and their own calculus, and it’s very entangled. And sometimes, it’s difficult to find one reason. But what we need to understand is that this is the repetition of what was going on in the 1930s in Europe. Because Europe and the world were watching and contemplating the rise of Hitler and the Third Reich. And there were many calculi, and the governments just decided not to interfere too much in order to pacify Hitler, as in the case of Munich and afterwards. Putin acts exactly in the same way – he acts as a strong person, who wants to make everybody scared, crosses the red line, and if nobody is resisting – he crosses the next red line, and the next red line, and the next. I think that now, little by little the Western governments understand that the only way to stop Putin is to resist,» – Sviatoslav Vakarchuk is convinced.

According to the musician, we must admit that now, the scope and magnitude of help to Ukraine is much greater than it used to be, including military, financial help and sanctions. But we must understand that the longer we resist, the more means we need, because the darkest night is always before dawn. And now, we are at a time when the battle is not decided. 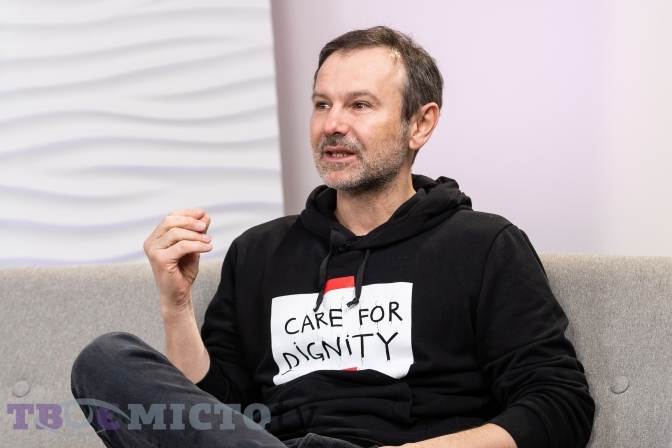 Read also: How did we come to such cruelty, and does the West believe in the values it is preaching? A studio talks with a Chief military chaplain about the war

Sviatoslav Vakarchuk is confident that Ukraine will definitely win in the long run. We have already won spiritually and strategically. But the question remains, at what price.

«This is the most important question for us now, because we still have a long way to go. There will be, unfortunately, much more crimes and atrocities that the Russian army and the Russian government will commit in Ukraine. They still have a big power in the air, they still have a lot of soldiers and tanks, and it will be difficult for Ukraine in the upcoming month.

And we need to be very clear in it: Ukraine will win, but the question is by what means, and what will be the cost for the West as well. So, my message is simple – the more help you give us now, the fewer problems you and the world will have later. You need to choose the side: white or black. Either you help Ukraine to win the war, and be on the light side of life, or you abstain, and it means that indirectly you help Putin. Dante also wrote that those who are impartial are the biggest sinners,» – the activist said.

It will be recalled that the leader of the «Okean Elzy» band, Sviatoslav Vakarchuk, enlisted in the defense and now travels to cities near the frontline, inspires soldiers with his performances, and visits hospitals.

Follow us on Facebook. Lviv Now is an English-language website for Lviv, Ukraine’s «tech-friendly cultural hub.» It is produced by Tvoe Misto («Your City») media-hub, which also hosts regular problem-solving public forums to benefit the city and its people.