«They looked at us as at the warriors,» – the border guard from Azovstal about the Russian captivity

14:35 05 July 2022
Tweet
300 0
The border guard emphasized that he believed in his return home, because his wife and daughter were waiting for him. 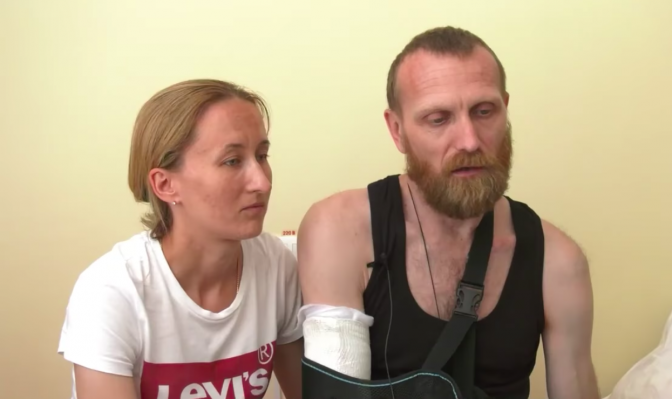 Screenshot from the video

Pavlo Pikovets, a wounded border guard who was captured by the occupiers from «Azovstal» in Mariupol, returned to Ukraine. He said that the Russians looked at the prisoners from the plant as at the warriors. State Border Service published a video about him on July 2.

Pavlo Pikovets was wounded on April 15. From that moment, he was in the hospital in the shelters of the plant. Medics removed fragments from his body and placed a cast. Later, the man was captured by the occupiers.

«I want to forget this all like a nightmare. I will not say that we had any torture there. Those from Azovstal were somehow treated differently. I don’t know whether they respected or were afraid [of us.] But they looked at us as at the warriors,» – he said.

The border guard emphasized that he believed in his return home, because his wife and daughter were waiting for him there.

It will be recalled that on June 29, within the framework of another exchange, Ukraine secured a release of another 144 servicemen from the captivity of the Russian occupiers, in particular, 95 defenders of «Azovstal», including 43 servicemen of the «Azov» regiment.

Let’s add that Ukraine also returned the bodies of 46 fallen Ukrainian soldiers, 21 of them – defenders of «Azovstal».