They were scared and asked not to look in their eyes. Azov fighter about the Russian captivity 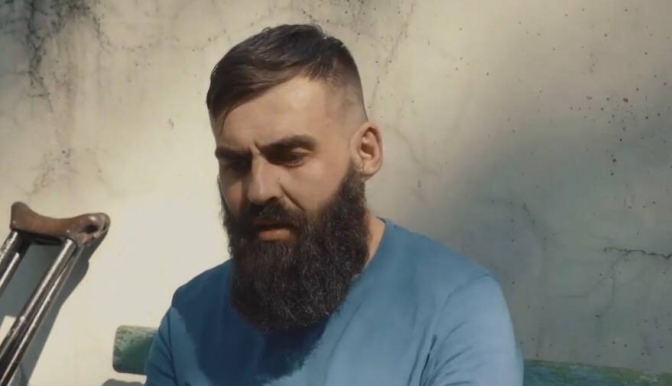 photo: screenshot from the video

Dmytro Usichenko (nom de guerre «Vyshnya»), a freed fighter of the Azov Regiment, narrates that Russian doctors were afraid of captured Azov fighters. He said this during an interview published on the Regiment’s YouTube channel.

According to him, the doctors asked not to look into their eyes.

«I asked: why? And she responded: «Don’t look into my eyes, look down somewhere.» They were afraid of «Azov,» – the fighter recalls.

It should be noted that the member of Azov was one of the volunteers who carried out a raid from Kyiv to the surrounded Mariupol. He was aware of the situation and was preparing for the fact that «he was going in one direction, but the brothers needed help.»

Read also: «They looked at us as at the warriors,» – the border guard from Azovstal about the Russian captivity

The first thing he saw in Mariupol was the corpse of a man on a bench, next to which a woman was walking with a stroller, while children were playing football nearby. Then, he met contused children wandering the city in search of water. Azov fighter explained that the concussion was revealed by the specific feature of children’s eyes – they were «glassy».

The man said that he was wounded in the first hour and a half of fighting. After a short treatment, he returned to the army – and was wounded again. According to the fighter, he did not want to surrender, but was forced to carry out the order.

It will be recalled that on June 29, within the framework of another exchange of prisoners, Ukraine secured the release of another 144 servicemen from the captivity of the Russian occupiers. In particular, these were 95 defenders of «Azovstal», including 43 servicemen of the «Azov» regiment.

Let’s add that Ukraine also returned the bodies of 46 fallen Ukrainian soldiers, 21 of them – defenders of «Azovstal».