Today, Ukrainians celebrate the feast of the circumcision of the Lord and the memory of St. Basil

16:52 14 January 2022
Tweet
162 0
The event of Jesus’s circumcision is described in the Gospel: «As the eight days were fulfilled when the boy was to be circumcised, he was called Jesus, the name given to him by an angel before he began in the womb.» 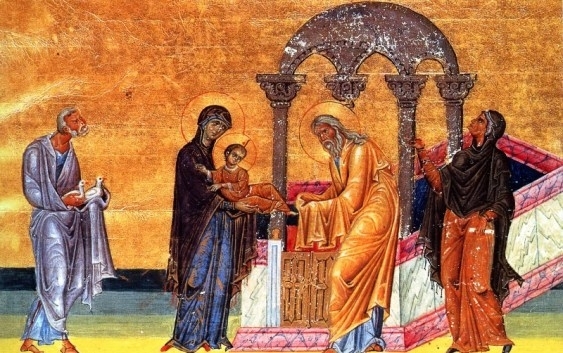 The Feast of Circumcision of the Lord, when Christ received the name Jesus, is celebrated 14 January by the churches that follow the Julian calendar. On the same day, the memory of one of the Church Fathers, Basil the Great, is honoured. The event of Jesus’ circumcision is described in the Gospel of Luke (2:21): «As the eight days were fulfilled when the boy was to be circumcised, he was called Jesus, the name given to him by an angel before he began in the womb,» the Religion-informational service of Ukraine reports.

In the Old Testament, circumcision was the law as a sign of God’s covenant with Abraham and his descendants. This rite was very important because it symbolized enrollment in members of the religion and the Israeli people, as well as submission of the child to the law and responsibilities. Failure to comply with the law meant breaking it and expelling it from membership.

The word «circumcision» is often used in the Old Testament in a symbolic sense when it refers to circumcision or non-circumcision of the heart, mouth, or ears, that is, to be obedient to the Lord God or to rebel against Him. Jesus Christ, who is like us in everything but sin, did not need any purification as the Son of God. However, He fulfilled this command by showing steadfastness to the Lord’s law and giving it a new meaning of New Testament baptism,» – Fr. Julian Katriy states in his book «Know your rite».

In the circumcision of Jesus Christ, the Church emphasizes, first of all, sacrifice and self-denial – every Christian must practice circumcision from his own lusts and evil intentions.

Also, on that day, Christ was given the name Jesus, which indicates holiness and His power.

The very introduction of the Feast of Circumcision has an interesting history. Pagans believed in the sign that «the first day of the New Year will be the whole year.» Therefore, on this day, they organized various festivities and carnivals. Men disguised themselves as women, and women disguised themselves as men. They moved into the costumes of beasts, pagan gods and goddesses, committed adultery. To counteract these pagan practices, the Church introduced fasting and penance for the sins of the pagans with the coming of the New Year. This fast lasted for three days, as can be seen from the 17 rules of the Council of 567 in Tours, France: Only a century later, when pagan pastimes started gradually to become forgotten, Circumcision became joyful. There is a custom on this day «To lead Malanka». Among the group that «leads Malanka» (a guy disguised as a girl) is a goat.

Read also: The debate: to celebrate Christmas 25 December or 7 January?

The Feast of Circumcision, although considered great, is not one of the 12 biggest holidays. It ends the celebration of Christmas.

Also 14 January, according to the Julian calendar, the Church commemorates the memory of St. Basil the Great. He was born about 330 in Caesarea and came from a noble family, famous not only for wealth but also for their zealous Christian faith. My father was a lawyer and a teacher of rhetoric. The family had ten children, five of whom and Emilia’s mother were canonised.

Basil received his first education under his father’s guidance. After the death of the latter, the saint went to study in Constantinople, and then to Athens, where he mastered rhetoric and philosophy, astronomy and mathematics, physics and medicine. He later returned to Caesarea, where he taught rhetoric. About 362 he was ordained as a deacon by Bishop Meletius, and two years later – as a presbyter by Bishop Caesarea.

The saint wrote many works, leaving behind a great spiritual heritage – these are dogmatic, moral, ascetic, polemical works, explanations of the Scriptures, 366 letters. He composed the text of the Divine Liturgy, contributed to the formation of the doctrine of the Holy Trinity. He is recognized as the Great Teacher of the Church.

St. Theodore the Studite calls St. Basil «the father of Greek monasticism and the first of all fathers.»