Ukraine secured prisoner exchange. Defenders of Mariupol and Azovstal are among the released

12:53 22 September 2022
Tweet
353 0
Among those released are defenders of Mariupol, including 108 fighters of the «Azov» regiment. In exchange for two hundred warriors, Ukraine handed over oligarch Viktor Medvedchuk to Russia. 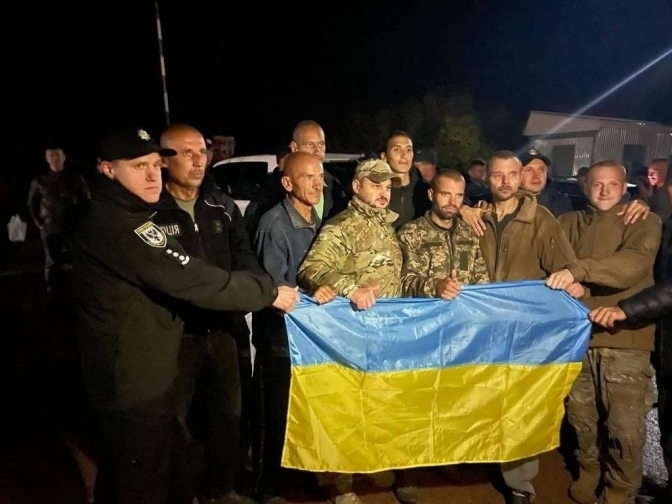 On September 21, Ukraine conducted a prisoner exchange and liberated the warriors who were in Russian captivity. Among them are the defenders of Mariupol, including the Azov Regiment and its commanders. This was reported by Maksym Zhorin, former Azov commander, on the evening of September 21. 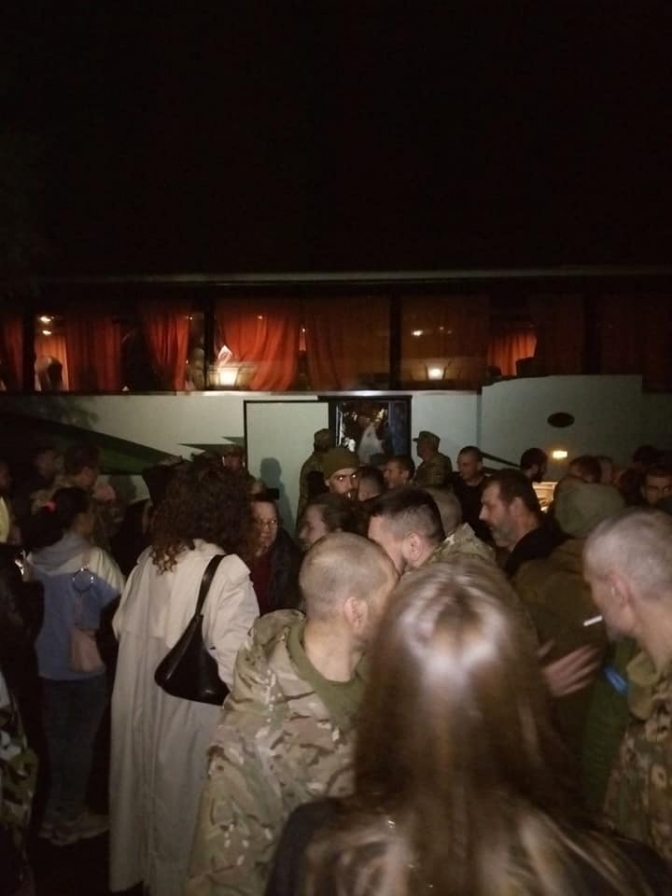 «An exchange of prisoners took place, some of the Azovians are at home! Finally, we were able to return some of the defenders of Mariupol, including the Azov regiment fighters. Tonight there was an exchange that we have been waiting for for so long.

Hugging your friends and brothers who finally returned – these are the best emotions imaginable! All the details will be unveiled later,» – Zhorin wrote on Telegram.

Read also: Mother of Azovstal fighter: «The son asked to pray for them daily» 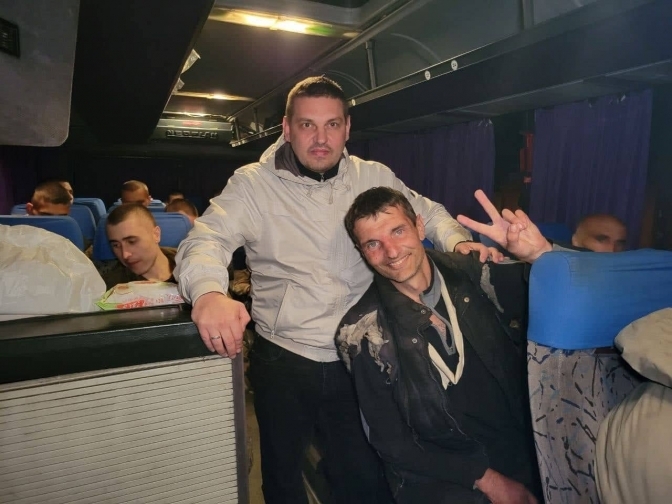 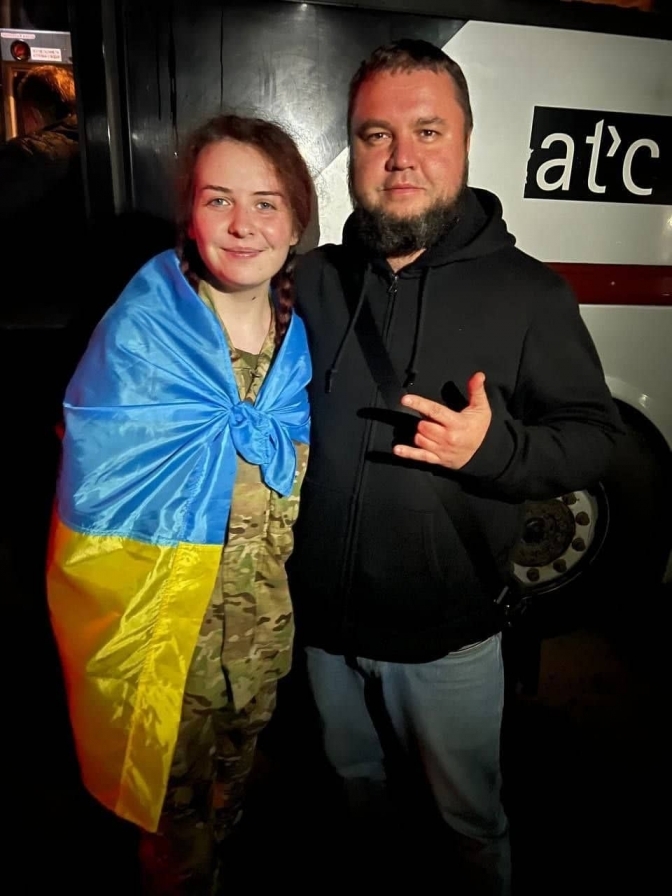 According to «Suspilne» Ukrainian state media, the exchange took place in the Chernihiv region. Among the photos published on social networks, there are the head of the Mariupol patrol police Mykhailo Vyvinin, the paramedic Kateryna Polishchuk (nom de guerre «Ptashka»), the senior sergeant of the 36th brigade Mykhailo Dianov and the pregnant medic Maryana Mamonova.

Later, during the stream from the President’s Office, its head Andrii Yermak reported that 215 warriors were released, including 124 officers. He added that among them are 108 Azov Regiment fighters, including its commanders – Denys Prokopenko «Redis», Serhii Volynskyi «Volyna», Svyatoslav Palamar «Kalyna», Denys Shleh, Oleh Khomenko, all commanders from Azovstal. 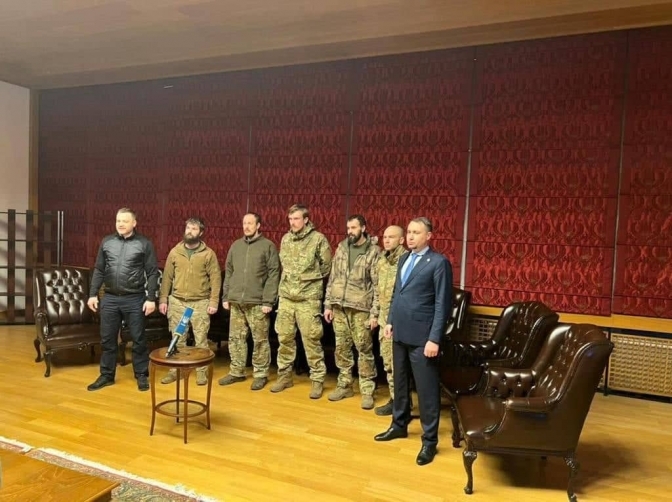 According to Yermak, this was the result of President Zelenskyi’s personal arrangements with Turkish President Recep Tayyip Erdogan. Volodymyr Zelenskyi reported that Ukrainian defenders are currently in Turkey. ​​He also confirmed that the exchange was conducted due to handing over the suspect in the state treason, Ukrainian oligarch Viktor Medvedchuk to Russia.

The head of the Ministry of Internal Affairs of Ukraine, Denys Monastyrskyi, commented on the event: «It was the hardest exchange that I have observed in my life. There were a lot of details, I cannot tell everything in a few minutes. But it’s obvious that this is a great victory for Ukraine, a great victory for us all. All who really make efforts to our victory of Ukraine.»

We will remind you that on June 29, Ukraine conducted the largest ever exchange of prisoners. Then, 144 servicemen, including 95 Azovstal defenders, were released from the captivity of the Russian invaders, including 43 servicemen of the Azov Regiment.

Read also: «My role is to bless my son and wait for him» – mother of the hero

Ukrainian defenders of Mariupol, who were taken out of the territory of Azovstal in May, were in a colony in the Donetsk region. It was reported that there are about 2,500 Ukrainian servicemen in Olenivka as prisoners.

The exit of Mariupol defenders to the Russian-controlled territory took place on May 16-20. According to the Russian side, 2,439 fighters came out of the Azovstal dungeons. Representatives of the Red Cross registered Ukrainian defenders as prisoners of war.

On June 19, Russian media reported that the commanders of the Azov Regiment were taken out of the occupied territory of the Donetsk region to Russia for «investigative actions».