US hosted the exhibition of a new form of art, invented in Ukraine

16:15 07 June 2022
Tweet
277 0
The collection of paintings was created in the hesography technique, which combines engraving, sculpture, levkas and paintings. 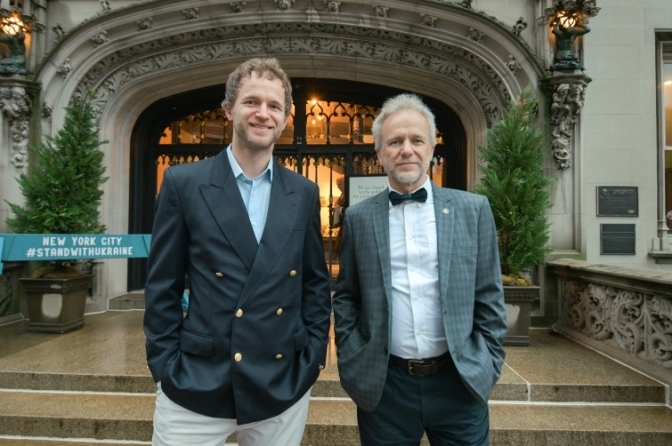 A unique collection of paintings created in the technique of hesography was presented in New York. This is a new kind of art invented by the Lviv residents – Oleh and Oleksandr Denysenko, The New York Times reports.

In a comment to Ukrainska Pravda, Oleksandr Denysenko, who is also a film director and art visionary, expressed his conviction that his father’s artistic invention is Ukraine’s contribution to world art.

«It is our great dream that Ukrainian art is part of the world’s, and Ukraine is part of the Western civilized world. And for it to become a reality, we must first overcome the «barbaric Russian bear,» – says Oleksandr Denysenko. 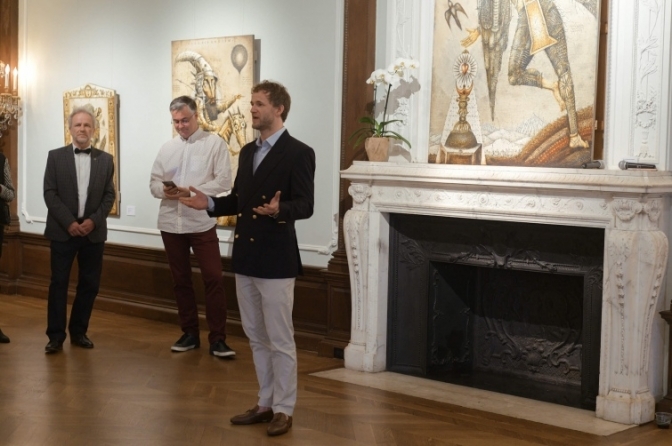 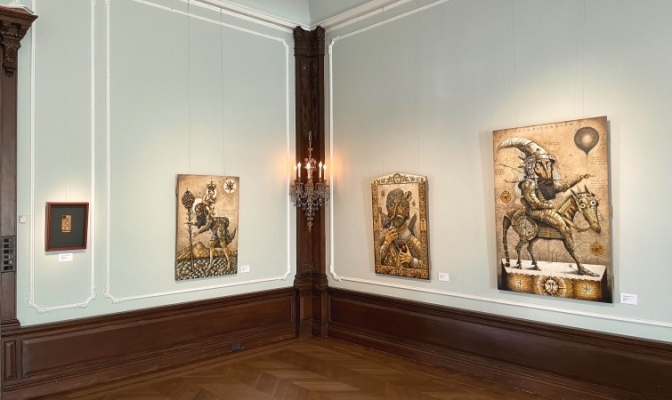 The Denysenko exhibition, now on display at the Ukrainian Institute of America in Manhattan, is called ANTIQVITAS NOVA, which means «New Antiquity.» The collection is a personification of the modern Ukrainian epic about the eternal struggle between good and evil.

The symbol of the collection is the painting «Successful Hunting». It depicts a slain bear – one of the symbols of the aggressor state, whose head was pierced with a spear crowning a trident – the main element of the state emblem of Ukraine. 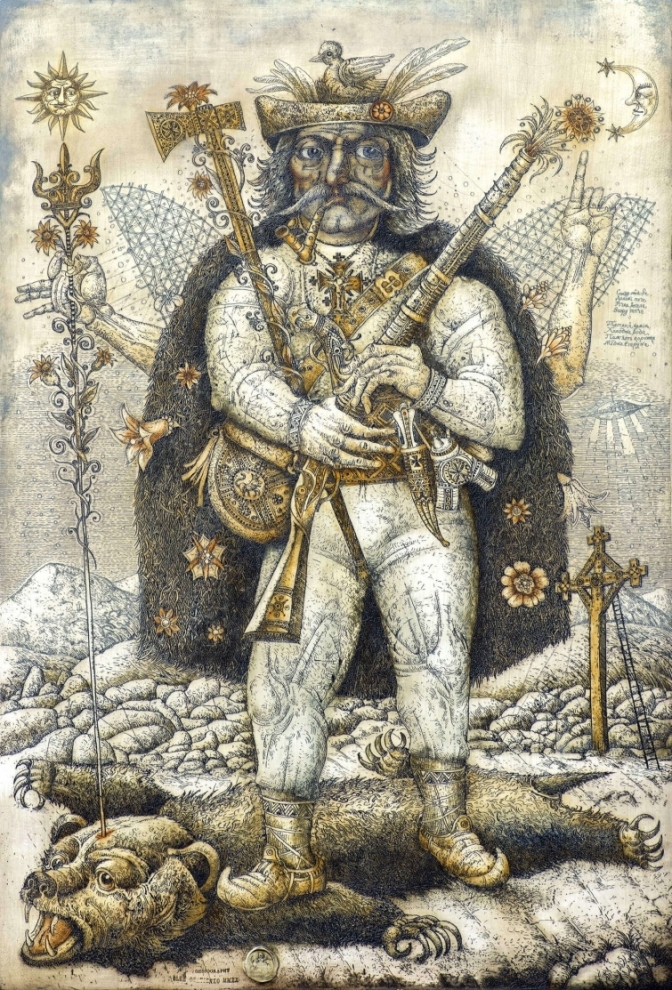 The symbol of the collection is the painting «Successful Hunting» 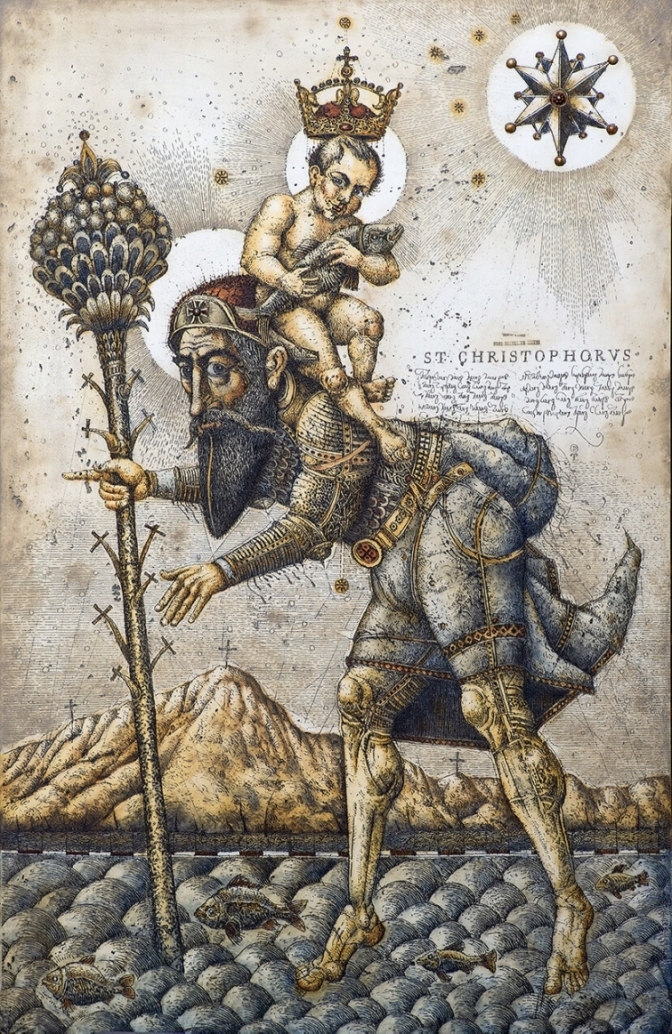 «Melody of Hope» – depicts a brave and inspired nation, whose vocation is to give hope to the world, to be the forerunner of the new, even despite the burden of responsibility that fell on her shoulders»

Hesographt was invented by Ukrainian artist Oleh Denysenko. As a devoted etching artist, he was fascinated by the idea of ​​saying a new word in the world of art – to renew and revive the print: to give it a special sound through the color, volume and spiritual depth of Byzantine icons.

His son Oleksandr Denysenko, a film director and visionary, joined Oleh Denysenko’s experiments in combining different artistic languages. He saw that the father’s base of an etching artist, an experience of creativity in sculpture, painting and the search for a special sound of levkas is the basis of his artistic identity – the custodian of traditions and innovator.

Note that hesography is an innovative combination of techniques of engraving, sculpture, levkas and painting. The characters of Denysenko’s works are magicians, mythical creatures and biblical heroes. Almost every work of the artist is accompanied by calligraphic inscriptions.