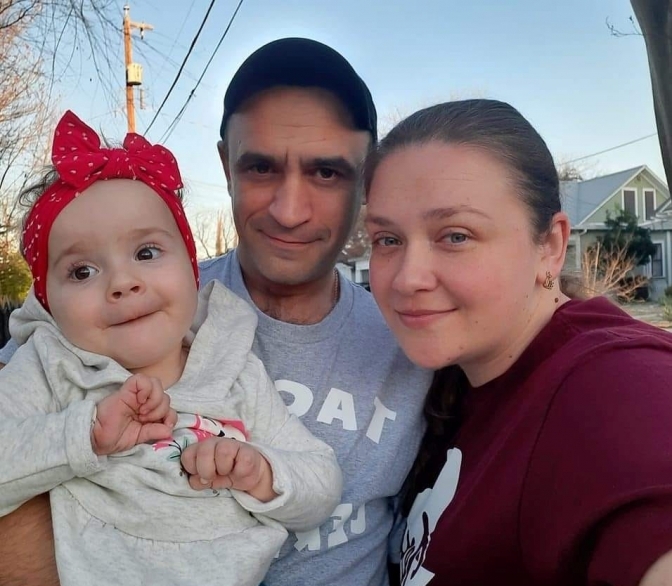 10 February, Victoria Poliuha with a rare Spinal muscular atrophy (SMA) disease returned to Lviv from the United States. The girl received the world’s most expensive injection «Zolgensma» after most of the sum was raised by the Lviv residents. This was reported by volunteers of the fund «With an angel on the shoulder.»

«The strongest girl Victoria Poliuha is returning to Ukraine! Victoria’s mother says that rehabilitation will take place in Italy. I am incredibly happy…,» – the volunteer Serhii Sharko stated on his Facebook page. He also published a video from the Lviv airport, which shows how the girl was met in her native city.

Read also: Victoria’s victory. $1.9 million of charity is collected to save the Lviv girl with a rare syndrome

Victoria Poliuha and her parents flew from the United States, where on 10 January this year she was given the world’s most expensive drug «Zolgensma», for which she had to raise 50 million hryvnias ($ 1 923 000).

It will be recalled that the entire Lviv united to save Victoria Poliuha. Since the beginning of fundraising, hundreds of festivals, fairs, races, and auctions have been held in the city to raise UAH 50 million for little Victoria. Read more about the story of the girl who united Lviv in the article.

On 4 November, the fundraiser for a girl with a rare SMA disease was closed. The family left for the United States in early December 2021.

Spinal muscular atrophy is a serious disease. Because of SMA, all muscles gradually weaken, so the person loses the ability to sit, hold the head, and in due course – to breathe independently. It’s an inherited disease that is passed on to children from their parents, caused by a damaged SMN1 gene that contains a protein. Low levels of protein, in fact, lead to muscle atrophy.

Two children of Natalia Radysh, Lukian and Sofiyka, also live with SMA in Lviv. Nazarii Husakov is another Lviv resident who has this disease. Confined to a wheelchair, he still manages to live an active public life and lead a Facebook group aiming to improve the life in his district, Levandivka, and change the attitude of people around him. More than 250 people are living with SMA in Ukraine, although a register of orphan patients has not yet been created here.

Now, one more family in Lviv is asking for financial help for their 11-year-old son Yurii Klus with spinal muscular atrophy. The cost of the drug is more than 8 million hryvnias ($ 300 thousand) per year or UAH 250 thousand ($ 10 000) for the portion of medicine per 12 days. To help, you can contact the boy’s mother Iryna Klus on Facebook.

We will also add that for the first time in Ukraine, medicines for SMA patients will be purchased for the state budget. The Verkhovna Rada has allocated UAH 300 million for the purchase of expensive drugs, in particular for the treatment of SMA.