14:02 25 October 2021
Tweet
389 0
The citizens of Tirana, Albania’s capital can present trees to each other, and plant them for their birthdays, to help create an Orbital Forest around and through the city. During a International International Mayors Summit in Kyiv, we spoke with Tirana mayor Erion Veliaj about his innovations and his attempts to create a walkable, tree-filled metropolis. 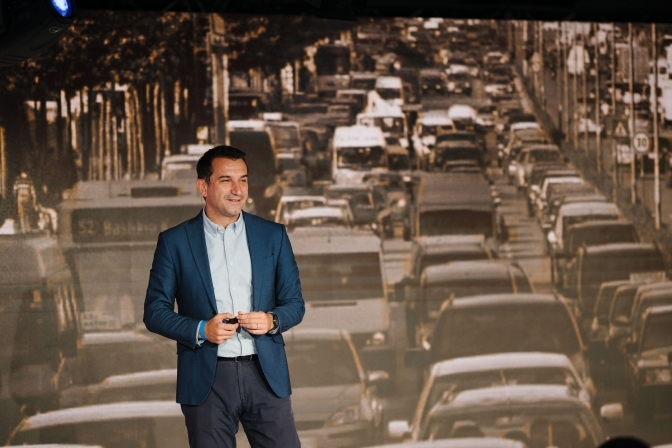 Erion Veliaj was elected the forty-second mayor of Tirana, the Albanian capital, in June 2015. During his term, Tirana, with a fast-growing population nearing one million, has become a modern city with long-term prospects for sustainable development.

During a mayors’ summit in Kyiv on 28 September, Tvoemisto.tv spoke with Veliaj, 41, about his efforts to shift the city from a driving-mentality to a walking-and-cycling mentality. The central square of Tirana, one of Veliaj’s key projects, was awarded the European Prize for the best urban public space in 2018. He also implemented the idea of ​​an Orbital Forest surrounding the city with two million trees, which by 2030 he hopes will be a key element in solving Tirana’s environmental problems. He’s implemented programs to keep cars limited in the city centre and to encourage people to walk.

«Many people were frightened at first, someone said this wasn’t possible at all,» Veliaj said. «Still, if you break the goals into achievable pieces – then everything becomes real.» 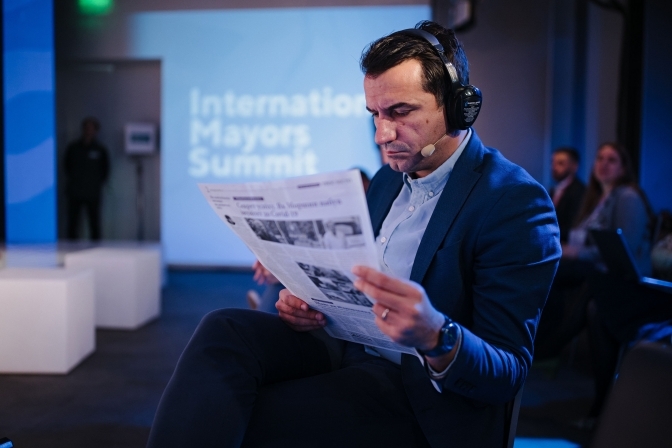 The mayor reads a special print edition of Tvoe Misto/Lviv Now at the International Mayors Summit.

The main issue was money, as the city still has no budget for this aim. So, the solution of mayor’s team was to launch a tree-planting campaign. The citizens of Tirana can present trees to each other, and plant them for their birthdays. All they need is to book a date, after which they will receive a GPS location and ten options of trees to purchase depending on the budget, which varies from 5 to 500 euros. The initiative became quite popular, so the number of its participants is growing every season, and children even started competing to plant trees at schools.

Veliaj emphasises that it’s important to shape people’s mentality, because the citizens appreciate the things they paid for, and they wouldn’t conduct vandalism toward something related to them or their relatives.

«This is another conclusion I made during my time in this position – people are more worried about protecting where they invested their money than when they just get it from the city».

That is, for instance, planting trees instead of buying some expensive oxygen panels.

Read about the Lviv bartender, named top-ten in the world, who has launched a tree-planting initiative. 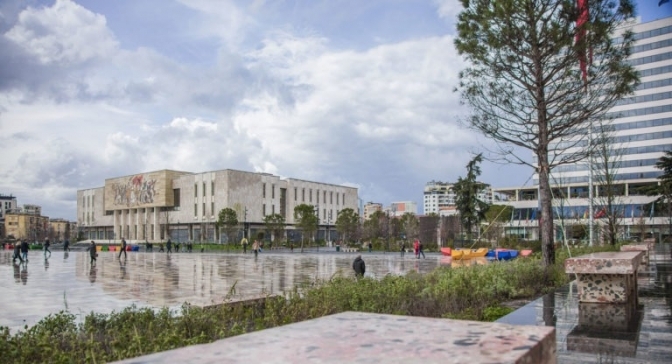 When the mayor is engaged in a huge number of initiatives, it always evokes hysteria among the public, he said. «Every time the city announces its intention to change something, people go out to protest and outrage on social media. It is important not to be afraid of this «loud minority», but to take responsibility and change the city» – the mayor says.

Instead of «building walls», Erion Veliaj cared about openness to nature, so that the citizens of Tirana would live amidst greenery, parks, and squares.

Congestion is common for big cities. Veliaj thinks you have to compromise to live in a city, with hundreds of thousands of people who will take the same road to go to work. He said he likes to remind people «you are not stuck in a traffic jam. You are a traffic jam.»

The solution for him is to make the traffic in the centre as difficult as possible, making the parking paid and expensive.

«In general, I believe that we should fire engineers who want to build something for cars. This is a failed strategy, as cars do not pay taxes, they have no emotions, so why should we serve them? Cyclists pay taxes, so do the pedestrians, public transport users as well, so why then 90% of the city area was taken away by roads, which are used by only 30% of the population (this is the number of people in Tirana estimated to have cars)? Therefore, before designing a new street or anything in the city, we need to think about why those who pay the least city taxes get the most.»

That’s why the mayor’s team came up with an experiment to free the city centre from cars. To achieve it, they divided the city into zones and arranged free or cheap parkings outside the centre, so that people could stop their cars there and travel further by public transport.

Veliaj also takes inspiration from London’s congestion charges: You can drive your car into the central part of the city, but the driver must pay for it, and then pay extra for parking there.

«At least, it makes you think twice whether you really need to go to the centre and whether your family will go to this area in two cars or move to one.»

Also, Veliaj mentions the practice of some countries, where depending on certain days in the month, cars are allowed to enter the central part with either even or odd last numbers of the license plates. However, he thinks it’s not always a successful approach, especially if someone has two cars with different license plates. For the mayor, mentality is crucial here: the car mustn’t be a way to show yourself to the world.

There was a study conducted in Tirana, he said, showing that half of all trips to the centre last less than one kilometre. And this is in a city where there are many sunny days and a comfortable climate for walking.

«That is why, in my opinion, the city should invest less in the infrastructure, and more in the culture and development of citizens,» Veliaj said.

He introduced a bike-riding course in kindergartens. His team also built a ring around the central part of Tirana, thanks to which cars can drive close to the centre and go down to the underground parking lot, where they can be left, and people can walk further on foot. And there’s no way to get to the centre in any other way.

Because of the increasing population of Tirana, the demand for housing is growing, and the available space is becoming smaller. The mayor calls it a vicious circle in which he must maintain a balance and be in the middle between the interests of developers, investors and the community. Therefore, it’s very important for him to identify «red» areas and historically important city boundaries.

«Each country and city has an institution that deals with the protection of historical heritage. It is important that this institution really works and is not corrupt. For example, last week we paid 5 million euros to recover very beautiful buildings that were private. The investor wanted to buy them and [build something else]. After long negotiations, we managed to agree and return these buildings to the ownership of the city as museum exhibits».

At the same time, the mayor is in favor of new taller buildings.

«For ourselves, we chose the concept of building up, not wide. Many people do not like «towers,» but if they are made of high quality, from good materials, with good sound insulation and the possibility of using alternative energy – the idea of capturing air instead of forest will work.» In other words, build up, not wide.

In addition, the mayor points out that there is almost no problem with homeless people in Tirana.

«You just can’t find a person sleeping on the street. All because our housing policy is pretty active. We have developed a large network of social housing, in particular, we have favourable conditions for buying housing for young families. That is why the city is growing fast because it’s profitable for people to move and build their lives in Tirana». 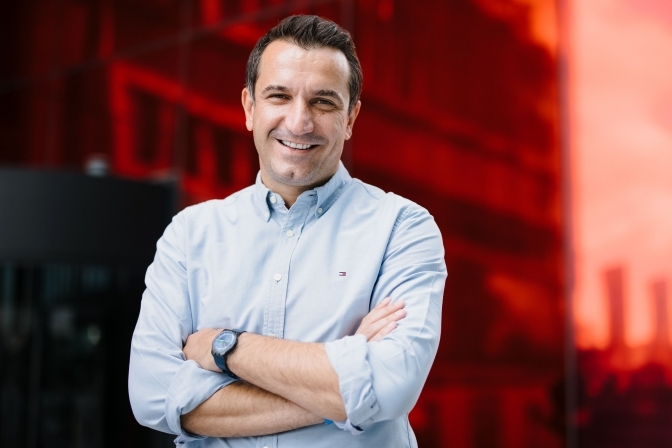 «If I thought exclusively about the upcoming elections, I would not be able to change anything»

The mayor’s team have changed the nutrition system for children in kindergartens and schools. Now there are no french fries, no carbonated drinks or harmful sweets on the menu. «All because we, who were one of the countries on the verge of starvation, have become a country where an increasing percentage of the population is obese. It was a real revolution in nutrition. When you change something, it’s impossible to make everyone happy. That’s why it’s enough for me that many people who are experiencing change are satisfied with my work» – Erion Veliaj said.

A member of the Socialist Party, he attended Grand Valley State University in Michigan, USA. You can follow him on Twitter.