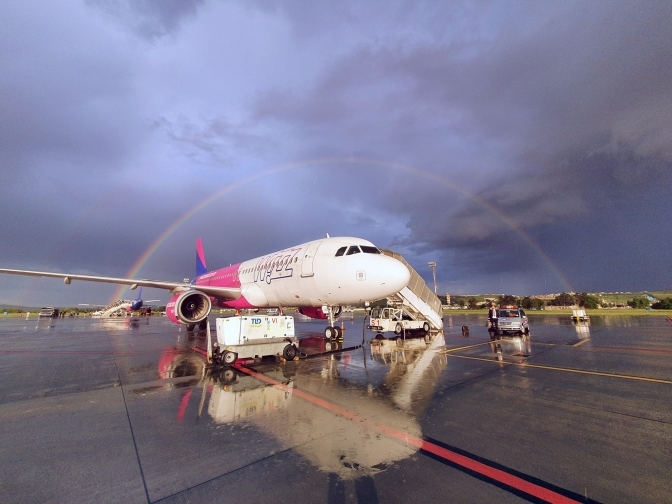 During a 12 October summit in Kyiv, Ukraine and the European Union signed an agreement on the Single Aviation Area, also known as «aviation visa-free» or «open skies.» This has significantly simplified the conditions for foreign aviation carriers, and Hungarian low-cost airline Wizz Air which flies around Europe and the Middle East announced its plans to expand on the Ukrainian market.

Tvoe Misto/Lviv Now’s Roman Lamansky spoke with Wizz Air’s Robert Carey, who has been president of the Budapest-based carrier for six months. Previously, he spent three years at the popular British budget-carrier EasyJet, serving most recently as chief commercial and customer officer. Before that, he work at consulting firm McKinsey for 11 years and Delta airlines for three. He has an MBA from Harvard and is a 2002 alumnus of Arizona State University. 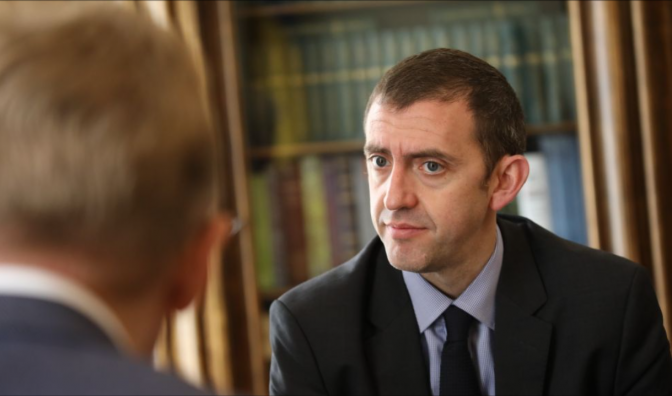 How will the new open-sky change your business?

«The open skies agreement allows us to expand our market significantly. Previously, we could fly from Ukraine only to countries where we had agreed flights with their governments. Now, we can fly to any European country – both from Ukraine and to Ukraine. With the agreement we got the opportunity to expand our service and make it better. There are many people who want to travel to Europe from Ukraine and vice versa.

«I think people will travel in both directions. However, I feel that Ukraine will not fall behind at all. If you look objectively: not only Europe is de facto fully open to Ukraine, but a new market has opened up for the whole of Europe. Therefore, we expect that the scale of tourism in Ukraine will grow. I have seen how «open skies» work in different countries, and usually, both sides get significant benefits. Everyone wins.

«We can now serve many more markets than before. We have opportunities for France, Belgium, the Netherlands, Spain and Portugal. This allows us to significantly increase the number of seats and the air fleet located in Ukraine. Hence, we are more than doubling our service here: from four planes to 11 and adding 2.5 million seats in planes per year.»

The pandemic presented an opportunity for growth:

«Covid-19 with all its limitations was obviously a challenging time. During the coronavirus, we found opportunities we are now beginning to implement. First of all, we saw an opportunity for growth.

«We have lost less than our competitors did, and have already returned to the pre-pandemic level. Back in the summer of 2021, we exceeded the pre-quarantine statistics and since then we continue to grow. We have added 100 aircraft to our fleet, next summer we plan to add another 170.

«The most difficult thing for clients was the constant change of quarantine rules. They did not know whether to book a ticket, because it was unknown what would happen in a month. Now we have returned to the previous level of flights. We already travel with 80% occupancy. Ticket prices have remained low, as not only we, but all companies are trying to get people back to travel.»

About plans for new routes

«We have already announced numerous new destinations from Lviv. We will fly to Paris, Brussels, Eindhoven, Barcelona, and Madrid. The main task now is to encourage passengers to fly in these directions.

«Before the pandemic, many passengers flew to rest. Remarkably, these trips are also quite popular after the quarantine. Some people have not seen their relatives for a year and a half, so many of them make short-term visits back and forth. There is also a great demand for resort destinations, located four hours flight from Lviv.»

Where Ukrainians fly the most; what’s the profile of your average traveler?

«Flights to Italy are in great demand in Ukraine. This conclusion can be made simply by looking at the number of destinations and flights that we carry out back and forth. Many Ukrainians also fly to Great Britain, Germany, Poland, and Hungary.

«We collect passenger data, but do not share it. This is our own data that we store. I can say that the general portrait of our client is those who travel in both directions to see relatives or work abroad, as well as tourists. Many passengers are people who prefer to travel and discover different parts of Europe. Most of our clients are under the age of 35, many of them are 32-33 years old.»

About competition with Ukraine’s flag carrier

«In the Ukrainian market, we are the second player after Ukrainian International Airlines (UIA). I think that with such growth rates as now, we will soon become first. However, our target audience is different from UIA. We focus on low cost travel, as they open up opportunities for many more people to fly abroad.

«We do not compete for the UIA’s audience, but rather for their market: we attract many more customers who had no opportunity to travel by plane before. We have been on the Ukrainian market since 2008 and from the very beginning it was important for us to work here. We see a lot of potential here, so we want to be here and provide our services.»

About staff expansion and employment opportunities for Lviv residents

«We have added nine new routes from the city. So far we used to have 20 markets in 10 different countries, but now we will be able to serve 29 markets from here. We expect that our traffic in Lviv will triple. We also plan to create 84 new jobs in Lviv, both cockpit crew and cabin crew. We plan to hire 290 people throughout Ukraine. It will also benefit the local economy through the growth of tourism and related investments.