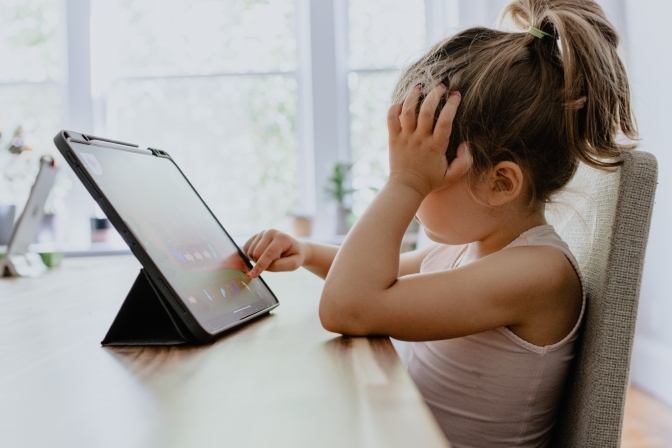 Tweet
98 0
What happens to the Ukrainian education process? Do children have a chance to return to their desks in September, and on what condition it is possible? We asked school principals, and city officials about this during a public discussion, «Will the children return to their desks, and what will be the education in Lviv during the war?»

Due to the pandemic, and now the war, Lviv schoolchildren were again forced to study remotely. In Lviv Now’s survey, teachers say that children are tired of online learning and need «live» communication, but safety should come first. In particular, Oksana Halanyk, a teacher of Ukrainian language and literature, notes that she would like to work live from September 1, but this is very risky during the war, so she believes that a mixed form of education will be most effective. German language teacher Ulyana Kostiv believes that security should be prioritized. At the same time, parents hope that the children will return to the desks in the fall. «We have to go to school! Because then the teacher and the child look into each other’s eyes and understand each other, and so online the children are hiding,» – says mother Tatiana.

Ukraine must become a military state

Lilia Hrynevych, Vice-Rector of Borys Hrinchenko Kyiv University, Minister of Education and Science of Ukraine during 2016-2019, points out that in addition to the war as such, Ukraine has a number of related problems. Many children have been displaced, two out of three students have left their homes, and most have moved to the West of Ukraine. In total, there are 3 million displaced children, of whom 2 million are in other countries.

«Security in our schools should be the main slogan: we need to organize reliable shelters, as well as procedures on how to do it. Another security we have to guarantee is psychological. Staff school psychologists cannot meet the needs of children who have survived the trauma of war, they need specialists. The third circumstance that must be taken into account is the huge gaps in learning that were formed during distance learning and during the war. So, we need to identify these gaps and find resources to fill them,» – said Lilia Hrynevych.

The ex-minister says that Ukraine should become a military state, and that education should provide the basis for national identity and the ability to defend yourself and your own country.

«The city of Lviv can go forward and show a positive path for the whole country. We can’t wait until we print new textbooks, we need to print supplements for textbooks from September 1, so that teachers can tell about the processes in the country for children of all ages,» – says Lilia Hrynevych.

Pavlo Hobzey, director of the Lviv Regional Institute of Postgraduate Pedagogical Education and Deputy Minister of Education 2015-2019, says that the Education and Science Group has already been set up at the parliamentary level to identify Ukraine’s educational needs and address them effectively. 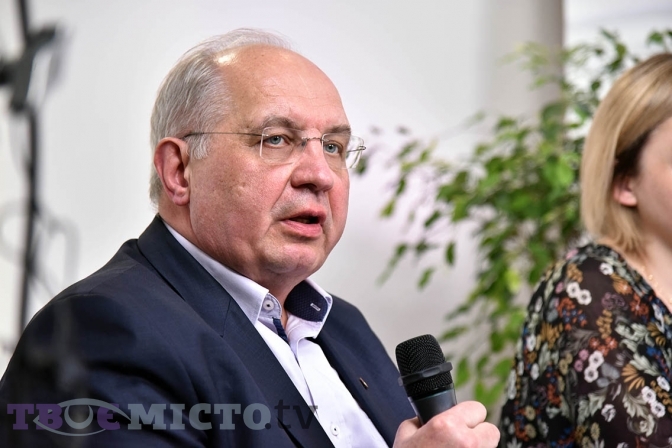 So far, the team has brainstormed problems and commissioned experts from each site to submit an analysis of problems and solutions.

How to equip proper shelters

Olha Kotovska, deputy director of the Department of Education and Science of the Lviv Regional State Administration, says that the Lviv region is preparing to open schools on September 1, and that a hybrid format will also be possible. 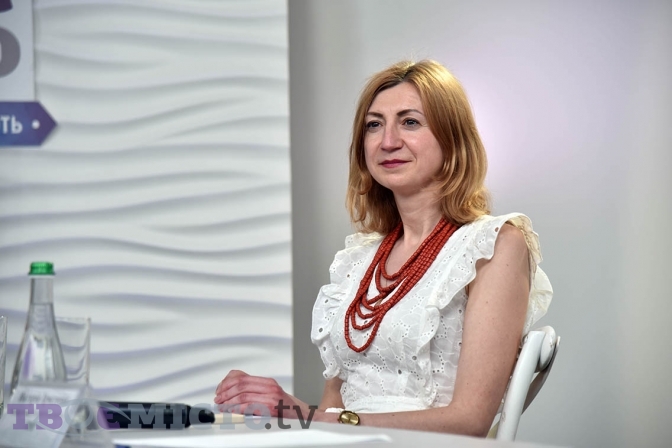 Read also: «The one who goes will pass the road.» This is how refugees seek jobs in the Lviv region

Lviv proved to be fantastic considering how many interbally displaced persons the city has managed to accommodate in educational institutions. The numbers reached 7,000-8,000, and there are currently 3,790 people in schools, says Victoria Khrystenko, head of the Lviv City Council’s education and science commission. However, as for shelters, the schools here were not ready.

«I met with Israeli architects and asked them for advice on how to build shelters or adapt existing ones. They replied that we have a completely different level of threat. The missiles fired by Israel’s enemies are in fact homemade, they do not have such range and power. The missiles fired by the Russians are many times more powerful, so we need even more serious shelters than in Israel,» – said Victoria Khrystenko.

The head of the Lviv City Council commission believes that Lviv needs to complete public shelters for people in the neighborhoods, and school shelters should remain only for schoolchildren.

In order to build public shelters, it is necessary to involve partnership programs and apply to the UN.

«It is best to build public shelters now under the playgrounds, their network is quite developed. Now we need to carefully raise them, dig ditches: there are such solutions in Switzerland, Finland and Israel. There are two exits in the shelter, and it looks like a small concrete structure. All citizens should be directed only to these shelters,» – Victoria Khrystenko emphasizes. 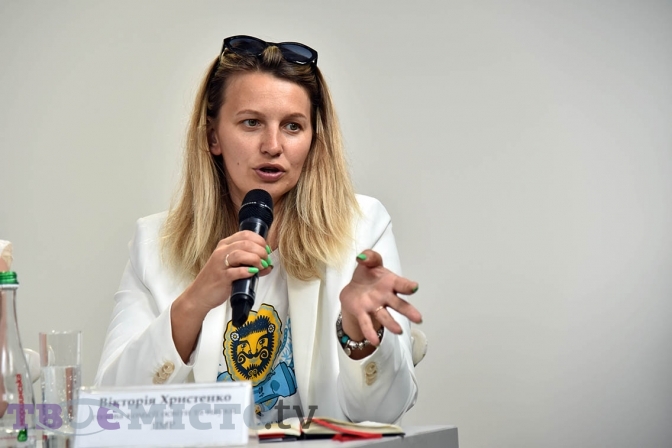 Svitlana Uralova – Director of the Lyceum of International Relations, notes that the building of their lyceum does not even have any basement.

«Near us is the church of St. Clement, the leadership gladly agreed to shelter us. Instead, we are helping to clear these shelters,» – said Svitlana Uralova.

Victoria Khrystenko reports that the city council is actively maintaining ties with partners of the UN Humanitarian Mission. The organization will help to find and equip buildings for refogees, but not to build new ones.

«The organization will help us find places (unfinished, abandoned) where refugees can be relocated,» – Victoria Khrystenko assured.

UN partners will help to finding furniture, appliances, etc. The UN does not allocate money separately for such needs.

Pavlo Hobzey shared his vision of a modern Ukrainian school. He points out that it is not necessary to hire half-time teachers to run the military subject at school. It is much more effective to make specially equipped centers to study this subject, where our veterans will teach, where there will be a proper shooting range. Even before the war, this practice was in Fastiv, Bila Tserkva, Cherkasy. But still, adds Pavlo Hobzey, what the army gives, no centers and schools can give.

In addition, it is necessary to train our psychologists in order to provide appropriate support, says Olha Kotovska.

The Lviv Regional State Administration also plans to purchase laptops for teachers and tablets for children in order to organize quality distance learning. The administration is hoping for funding from UNICEF.

«Last year we bought 4,042 laptops for teachers. But the need is still open: we have about 34,000 teachers in the Lviv region, a serious situation in the villages, where teachers do not even use laptops or tablets, but ordinary phones,» – said Olha Kotovska.

Natalia Pipa – People’s Deputy, Secretary of the Verkhovna Rada Committee on Education, Science and Innovation spoke about current areas of support and development of Ukrainian education:

«We have chosen two directions of movement – the present and the period after the victory. The key thing we voiced, in particular, to the American embassy, ​​is that we need an international Ukrainian online school that provides education for our children who are abroad so that they stay in the Ukrainian educational process,» – says Natalia Pipa.

The second project is mobile teams with psychologists and other specialists in or near hotspots. Such groups should support the psychological state of people, tell practical advice, such as how not to step on a mine. There are online courses for similar purposes.

«Textbooks also remain relevant, in particular for the 5th grade, and now the priority is to continue publishing the Ukrainian language, mathematics, and history of Ukraine for the New Ukrainian School,» – says Natalia Pipa. 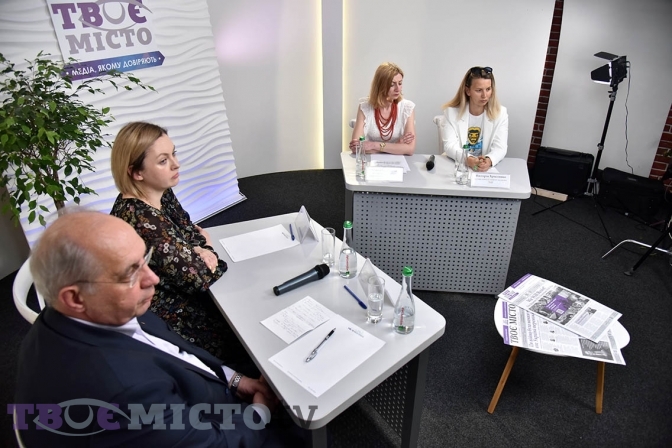 Ukrainian school provides a quality level. The experience of those who went abroad

Nadiya Dubchenko, head of the innovative educational network «Pipl Lyceum» and «GlobalKids», says she is very pleased with the quality of Ukrainian education.

«We have about 30% of students abroad, parents say they are happy with the level of our education. Experience of studying abroad is invaluable: communication with other children, acquaintance with another culture, but still they will return, because they feel that we provide basic hard knowledge,» – says Nadiya Dubchenko. 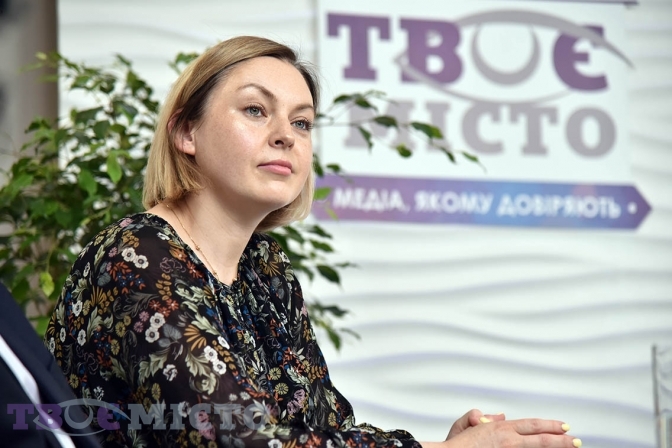 Thus, in Lviv and the region over the summer should prepare schools for offline learning, resettle more than 3.5 thousand refugees. Also, it is needed to provide appropriate shelters exclusively for students and teachers of these schools, purchase in cooperation with UNICEF laptops for teachers and tablets for children to organize, if necessary, high-quality distance learning. In general, teachers say that we should also be prepared for a mixed form of education, although we hope that children will return to desks in the fall, including those who had to leave their homes due to danger.