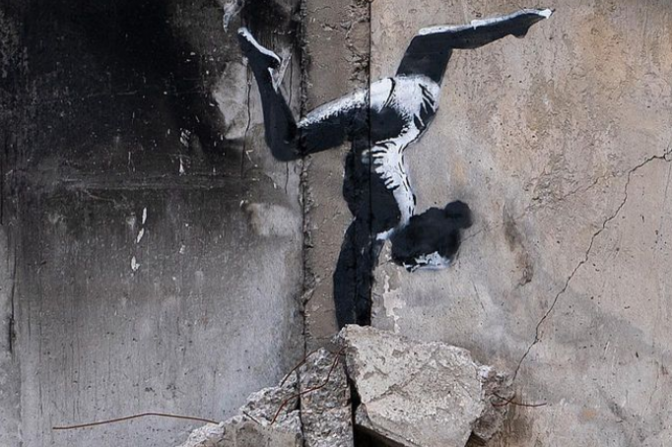 According to the information of Operational Command «Pivden», the occupiers again shelled the recently vacated Zolota Balka of the Novoaleksandrivka community. Attempts were made to hit humanitarian aid distribution points and administrative buildings of government bodies. Private surroundings were damaged. No casualties.

The situation in the Kherson region remains difficult. The offensive operation of the Armed Forces continues.

Units of the Defense Forces repelled the attacks of the occupiers in the districts of Novoselivske, Myasozharivka, Makiivka, and Bilohorivka.

From tanks and artillery of various calibers, the Russians shelled Stelmakhivka, Myasozharivka, Novoselivske, Makiivka, and Nevske in the Kupiansk and Lyman directions. In total, the enemy conducted 25 artillery barrages and 2 airstrikes on our military positions.

At around midnight, there were shellings in the vicinity of Kurakhovo, aimed at energy facilities. Repair crews are working.

Throughout the night, intense shelling of the Toretsk community continued. The situation is tense, but controlled in the area of ​​New York, Pivnichne, Pivdenne, Kurdyumivka, Shumy, Druzhba and Zalizne towns.

At night, there were also isolated shellings of the old part of Avdiyivka. In the morning, there is a massive art exhibition in the central part of the city.

On the defense line around Avdiivka, shelling continued almost all night. Numerous attempts at assaults on Opytne, Vodyane, Pervomaiske and Nevelske. In the morning, enemy aviation worked on Pervomaiske.

In a day in the region: two dead, 4 injured

During the past day, the Russian occupiers continued shelling the settlements of the Kharkiv region, located along the state border with the Russian Federation and the contact line. In particular, the enemy shelled cities and villages of the Kharkiv, Chuhuiv and Kupiansk districts with mortars, rocket and barrel artillery.

Humanitarian demining works are ongoing in the region. During the day, 412 explosive objects were neutralized.

Yesterday, near the village of Pohonivka of the Barvinkove community of the Izyum district, a tractor working in the field was blown up by a mine. The tractor driver was injured.

13 reports were received about the destruction of houses (apartments) of citizens and infrastructure objects as a result of shelling by Russian military personnel. Detailed information on the consequences is being clarified.

The enemy shelled Nikopol all night. We kissed in Marhanets, Nikopol and Myrove communities. No casualties. A local college and houses were damaged. The scale of the destruction is being clarified.

Tonight, Mykolayiv once again came under enemy missile fire, previously from the S-300 anti-aircraft missile system. One of the rockets hit a five-story residential building, as a result of which all five floors of one of the entrances were destroyed. As of 06:00, the bodies of two dead and two wounded were recovered from the rubble. Search and rescue operations are currently ongoing. Nine-story residential buildings located nearby were also damaged.

Yesterday, the Shevchenkove community was under enemy fire. The hit was recorded in an open area. There are no casualties.

In the evening, the enemy struck the territory of the Mishkovo-Pohorile community. Hitting an object of industrial infrastructure. The consequences are clarified. There are no casualties.

UKRAINE: Russia has already lost more than 80,000 soldiers in the war: the General Staff updated the data during the day

The Armed Forces of Ukraine have already liberated more than 3,000 square kilometers of southern Ukraine

Podoliak: in Kherson they hate the «Russian peace» as an expansion of barbarism and lies

The Russians are advancing in three directions, the Armed Forces of Ukraine repelled a number of enemy attacks in Donetsk region – the General Staff

WORLD: EU and Great Britain want to isolate and boycott aggressor Russia at G20 – The Telegraph

Erdogan is looking for ways to dialogue: he wants to talk to Zelensky about negotiations with Putin

In Kherson, Putin suffered the third major defeat in the war, the next – the Kremlin – former Minister of Foreign Affairs of Sweden

The German ambassador reacted to the release of the right bank: «I hope I will spend my vacation in the summer of 2023 in the Kherson region»

Kuleba: Ukraine is interested in implementing the «grain agreement»

In the recently liberated city from the Russian military, dismantling of Soviet memorial plaques has begun.

Activists of the «Yellow Ribbon» movement, which operates mainly in occupied Ukrainian cities, wrote about this in a message on the Telegram channel.

«It’s time again in Kherson! Let’s get rid of racism together! In one of Kherson’s parks, our activists have started dismantling the memorial plaques of the Rashists,» the message reads. 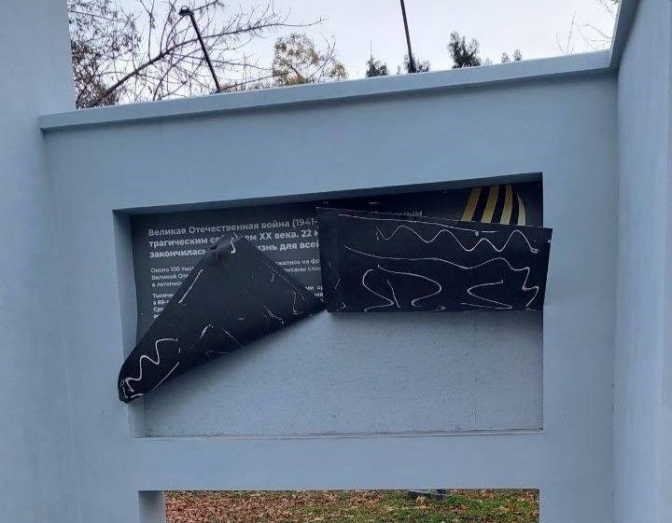 Activists supplemented this message with a traditional Kherson emoticon – a watermelon.