22 June Summary: Strengthening security in the Luhansk region, the death penalty in Melitopol 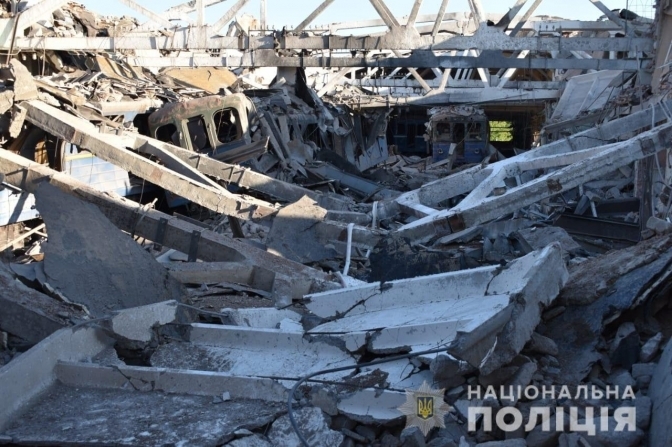 Street fights continue in Severodonetsk. The enemy again opened fire on the settlements of Synetskyi and Pavlohrad. He fired at already destroyed bridges and twice at Azot. Damaged the territory of sewage treatment plants and one of the checkpoints of the chemical association.

In the Popasna direction, the occupiers are consolidating in Ustynivka, Pidlisne and Myrna Dolyna, and are attacking Bila Hora. Nine houses were destroyed in Hirske last night, seven in Zolote, and 12 in Novoivanivka.

Lysychansk is shelled from artillery, tanks and aircraft. At least three civilians were injured yesterday, and several police officers were injured.

Avdiivka, Zalizne, Kurakhove, Toretsk, Kurdyumivka, New York, Ivano-Frankivsk, Novoselivka-1, Fedorivka, and Khrestyshche are under fire. One person was killed and 15 were injured.

In the regional center, the occupiers fired on the northern districts of the city at night. Previously, no one was injured.

During the night, the occupiers fired small arms at a unit of the border detachment near the village of Gremyach. It passed without losses.

At night and in the morning, the occupiers fired mortars at the Esman and Novoslobidska communities. Details of the consequences are being clarified.

Six people were injured in artillery shelling and a kamikaze drone attack in the region yesterday. There are no casualties or damage.

The enemy fired on two communities on the border with the Kherson region – Apostoliv and Zelenodolsk. In one of the villages there is a destruction of housing, there is no light and gas. People were not injured. Details are being clarified.

Yesterday during the day the shelling continued in many areas of the region. In the afternoon, the enemy fired on the Bereznehuvatsky community. Information on casualties and injuries is being clarified.

Yesterday during the afternoon in the village of Chervone of the Resurrection community there were also shellings – one person was wounded. Ignition of dry grass and fields with crops.

Pressure on educators and doctors continues, and the abduction of activists, politicians, journalists, and public figures continues. There is no Ukrainian media in the region.

In general, the situation in the region is tense, especially in the occupied villages of Beryslav and parts of Kakhovka districts, heavy fighting continues in the villages bordering Mykolayiv and Dnipropetrovsk regions.

The occupiers and local collaborators are making louder and louder statements about Kherson’s entry into Russia. Kherson residents have been hearing this since the beginning of the occupation, so more and more Ukrainian flags and inscriptions appear in the city that Kherson is Ukraine, and citizens are waiting only for the Armed Forces.

UKRAINE: In Mariupol, the occupiers are demolishing high-rise buildings and driving people out into the streets

During the day, the Ukrainian military eliminated another 130 occupiers and shot down an enemy helicopter

There are about 4,000 Belarusian servicemen on the border with Ukraine. Currently, the concentration of troops from Belarus is not enough to organize a breakthrough into Ukraine – the Interior Ministry

The Ukrainian army strengthens protection in the Luhansk region – Zelensky

WORLD: Duda on talks with Russia: «We need to tighten the screws so that Putin asked for a conversation»

Biden wants to abolish the tax on gasoline – Reuters

Lithuania has banned Russia from transporting road goods through its territory

«Nothing can convey the horror of what happened here»: Borodyanka was visited by the Prime Minister of Luxembourg 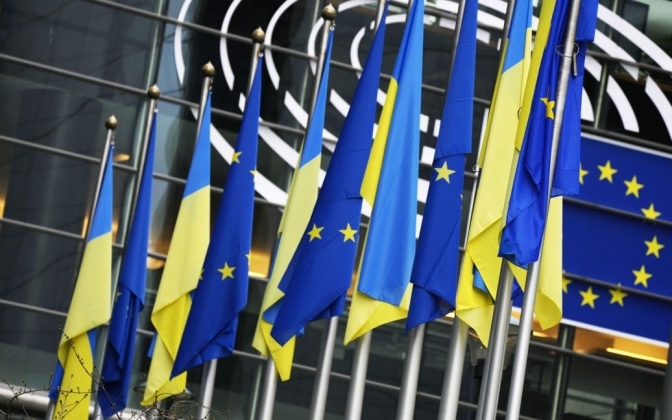 All 27 EU member states have agreed to grant Ukraine candidate status. There were no objections.

This was reported by Bloomberg, citing sources.

Thus, the interlocutors of the publication, acquainted with the results of the meeting of EU ambassadors on June 20, also said that the wording on the status of Ukraine has not been written yet.