23 June Summary: A plan to exchange prisoners from Azovstal, torture in Enerhodar 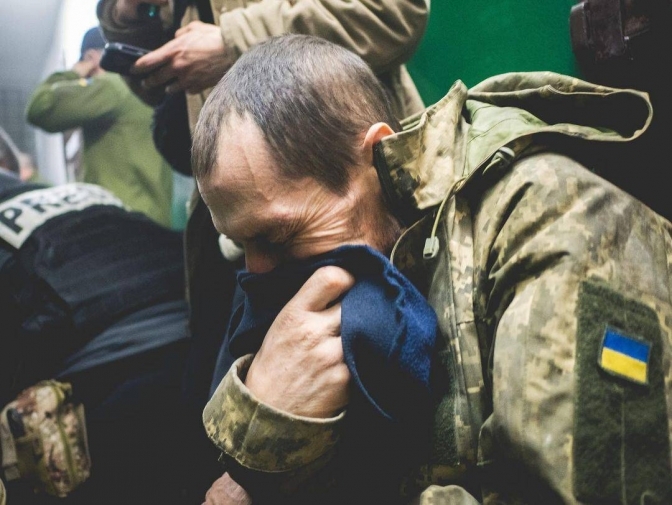 Air strikes and missile strikes on Severodonetsk and Hirske. Loskutivka and Rai-Oleksandrivka are occupied by the enemy.

Attacks were repulsed in Severodonetsk and Syrotyn, Zolote and Vovchoyarivtsi. The occupiers are destroying industry in Severodonetsk. This time the fire affected the territory of a brick factory, «Fiberglass», as well as a factory of chemical non-standardized equipment. The building of the II passage of «Azot» was damaged.

One person was killed and three were injured.

Artillery and mortar shelling of positions and settlements continued during the night. At least two articles were recorded. shelling of Maryinka, one – Krasnogrivka, five – Novomykhaylovka.

At night, the shell of the occupiers hit the warehouses of the Industrial District, a fire broke out, no one was injured.

At around 5 am in the Chuhuiv district, the Russians hit one of the enterprises. Rescuers put out the fire, no one was injured.

The fire at the gas processing plant in the Izyum district, which occurred as a result of the shelling on June 18, is still ongoing. Rescuers are working on the liquidation.

At night, the Russians fired mortars at border guards near the village of Gremyach. There are no losses.

During the past 24 hours, the Russians fired on four districts of the region with various weapons. Under a hundred artillery flights from the Russian side.

One man was killed when ammunition was dropped from an enemy drone.

As a result of the shelling, the civilian infrastructure of the villages of Sumy and Konotop districts was damaged, including the houses of civilians, the Athens Psychoneurological Boarding School, the water tower, the power grids, the farm, and the wounded animals.

Late last night, five people were injured and one died as a result of a police mine explosion while patrolling the Okhtyrka district.

The enemy fired again at the Kryvyi Rih district. Two people were wounded in Apostoliv. Partial city without light and water. Streets and courtyards are littered with cluster munitions. People were taken to safe places and now there are pyrotechnics of the State Emergency Service.

Yesterday afternoon the Russian occupiers launched across Nikolaev seven missiles like «Onyx». Multi-storey buildings were damaged, destruction of various degrees – in private homes, there was also a fire. As a result of the shelling, three civilians were injured.

The village of Bereznehuvate was shelled at night in the Bashtansky district. The shelling continues in the Bereznehuvatskyi community. The shelling of villages along the demarcation line also continues. Information on casualties and injuries is being clarified.

Mykolaiv district: the village of Novomykolaivka of the Pervomaisk community came under fire at night, as a result of which residential buildings and agricultural machinery were damaged.

During the day it was loud in the region, residents of the whole Kherson region complained about numerous explosions, shelling and fires. The situation in Vysokopillya, Nova Vorontsovka, Kalynivsky, Stanislaviska territorial communities, Velykooleksandrivka remains critical. As a result of the occupation, hundreds of villages in the Kherson region, in particular in the Beryslav district and those settlements on the border of the regions, were practically destroyed. Damaged and destroyed houses, schools, hospitals, kindergartens, mined roads and bridges, stolen equipment.

We will remember, the 120th day of full-scale war of Russia against Ukraine proceeds. The occupiers are conducting offensive operations in the Severodonetsk and Bakhmut directions.

UKRAINE: Medvedchuk is being tried behind closed doors in Lviv

British intelligence: the Russians managed to move towards Lisichansk for a few kilometers

«Russia will answer for all evil»: Zelensky said that the war in Ukraine will end with a tribunal

Kidnapped and tortured with an electric shock: occupants massively mock inhabitants of Energodar and workers of ZNPP – the mayor Dmytro Orlov

The Armed Forces of Ukraine are liberating the occupied Kherson region step by step, while the guerrillas are working successfully.

WORLD: The EU will temporarily switch to coal due to a shortage of Russian gas

Scholz promised to support Ukraine with weapons «while it needs it»

Ukraine is working at all levels to release the heroic defenders of Mariupol.

It is planned to release the Ukrainian military, which bravely defended Mariupol from the Russian horde, in stages.

This was stated by the head of the Main Intelligence Directorate of the Ministry of Defense of Ukraine Kyrylo Budanov during a telethon. 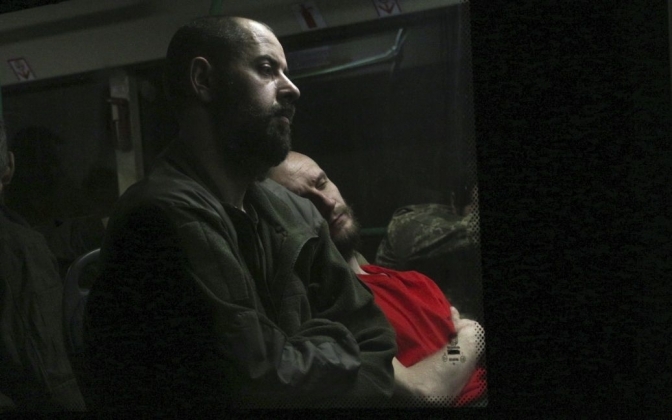 «This is a phased exchange. It will not be an exchange at once, there will be several stages. Small exchanges take place constantly. In the near future we hope to release a more or less significant number of our prisoners. We will report about it in the media,» he said.

According to Budanov, now the intelligence has almost all the information about the fighters who defended Mariupol.

«Most of the people are in the POW camp in the village of Olenivka. Periodically, certain people are taken out for investigative actions,» Budanov added, explaining rumors that Azov commanders had been taken to a Moscow pre-trial detention center.